Laugh out loud this April Fools’ Day with these hilarious comedies 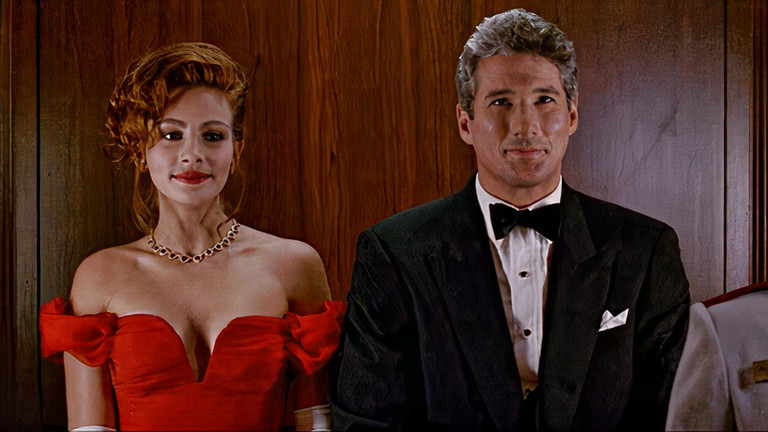 April Fool’s Day, the day of pranks and jokes, gives people the chance to have a well-deserved laugh. In lieu of the hard times caused by COVID-19, instead of pranking each other in person, it is best to sit inside and stay safe with a hilarious comedy to maintain the holiday spirit. Whether you like mockumentaries, dark comedies with a twisted sense of humor, movies filled with slapstick comedy or feel-good romantic comedies, here are a few belly laugh-inducing films.

“Best in Show” is a mockumentary about the lives of five dogs and their owners preparing for the Mayflower Kennel Club Dog Show. The movie includes interviews with the cast, allowing the audience to meet the quirky characters vying to win first place. The characters are the movie’s strong suit as they all have unique and interesting personalities, such as a trophy wife in love with her trainer and a redneck wannabe ventriloquist. Lastly, there are also some hilarious scenes that reference running gags throughout the movie. For example, one of the characters Gerry, remarks he has “two left feet” early in the film, and later, he’s shown in the competition struggling to run as he reveals he actually does have two left feet. These running gags reward the viewer for paying attention, and they are consistently funny when they show up. “Best in Show” will have you laughing and in awe of the great jokes delivered by its cast of comedians.

While known as a classic Christmas tale, “Home Alone” provides just enough slapstick humor to be a great movie to watch on April Fool’s Day. The story is relatively light-hearted and is full of physical comedy that will make you laugh (if you don’t wince in pain beforehand). Truly, the best part of the film is the creative booby traps the main character Kevin McCallister places across his house. These inventive traps lead to some of the most memorable scenes in the movie, such as when one of the con-men tries to enter the McCallister’s home and crushes the bottom of his feet on top of some festive Christmas decorations laid out for him. If you’re looking for a classic comedy with some slapstick, watch “Home Alone” to get into the prankster spirit for April Fool’s Day.

This ‘80s dark comedy blends humor with a cautionary tale of deadly high school hierarchies, “Heathers” follows the story of Veronica Sawyer and her relationship with the toxic popular girls named “the Heathers” and the bad boy in town, J.D. With a blend of dry quips and commentary on high school cliques’ cut-throat nature, “Heathers” mixes the humor of a comedy with the profound moments of a drama. The quotes the characters deliver are definitely the most memorable part of the movie, with snarky comments that never fail to be funny. A great moment is when Sawyer consoles one of the Heathers and remarks, “If you were happy every day of your life, you wouldn’t be a human being. You’d be a game-show host.” Sawyer’s quick and clever delivery and the mean-spirited comments from her classmates present a cynical yet witty look at teen life. “Heathers” is a great watch if you’re looking for a movie with shrewd writing and a story that is not afraid to talk about some dark subjects.

“Pretty Woman” is the classic rags to riches story mixed with charming humor that will keep you smiling throughout its runtime. The protagonist, Vivian, is transformed from a streetwalker to a modern-day Cinderella, with the romance to match. This heartwarming movie is filled with quick one-liners and situational comedy, which brings the film to a satisfying conclusion. Some of the funniest moments come from Vivian’s cluelessness about high society, such as when she walks through a fancy hotel wearing a skimpy outfit. The movie understands the Cinderella story it’s telling, as the characters remark the similarities between the main character and the classic Disney princess. In a funny scene with Vivian’s best friend Kit, Vivian comments that no one gets a fairytale romance as she says, “Tell me one person who it’s worked out for.” Her friend jokingly exclaims, “ I got It. Cindaf***’rella.” Overall, “Pretty Woman” gives a charming story while keeping the humor lighthearted. This classic rom-com is a must-watch to raise spirits and smile.

As we continue to stay inside, April Fool’s Day provides us with an opportunity to take a break from our usually serious obligations in life. Hopefully, these movies give you a chance to sit back, relax and laugh!