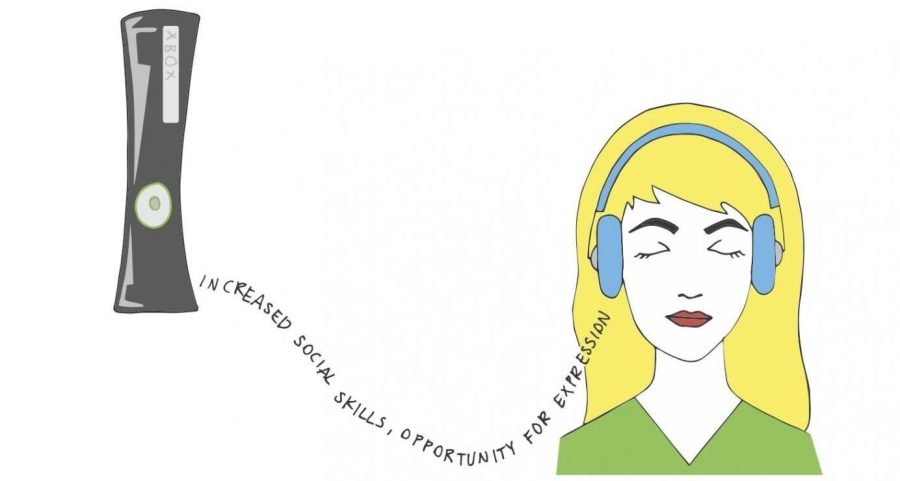 As a child, Randeep S. Bhatia, the Head of Engineering for Music at Twitch, would wake up around 1 a.m. to play his favorite video game, RollerCoaster Tycoon, and sneak back to bed as the sun was coming up. Although this habit resulted in hours of lost sleep and the occasional squabble with his parents, Bhatia claims the hassle was all worth it.

Before working at Twitch, a live-streaming platform centered around building online communities for gamers and musical artists, Bhatia helped build games like SimCity, The Sims 4 and Madden NFL for Electronic Arts (EA). Despite his love for video game development, he could not be happier with his current career.

“[I love] the motivation and dedication of everybody on my team to do something different and work towards giving the creators on Twitch interconnectivity and a platform to enjoy music,” Bhatia said.

Although Bhatia has found great success in the video game industry, many medical specialists worry about the types of childhood habits that got him there. Jennifer Kenny-Baum, a Licensed Clinical Social Worker and the Wellness Coordinator, believes teens are particularly vulnerable to video game addiction. She describes how the teenage brain is prone to addiction because it is constantly developing around its environment.

“What we know is that [teenagers] have all of these neural pathways, and anytime you develop a connection that gives you a boost of serotonin or adrenaline, your neurotransmitters make you want to repeat whatever that behavior was,” Kenny-Baum said. “Video games help do that to your brain. They’re designed to help create opportunities for you to unlock things that give your brain a boost.”

At Redwood, video games are a prevalent source of serotonin. In fact, according to a 2021 January Bark survey, 19 percent of students play video games every day, and 40 percent play at least a few times per week. Junior Will Davis is one of these students, and his gaming habits have proven to be more harmful than anticipated. Davis estimates that he plays for an hour or more each day during the school week and for two or three hours per day on the weekends, amounting to 11 hours each week.

“The second semester of my sophomore year, when it was first online learning, I was playing video games all the time. That’s when it was really bad, and I fell behind in my schoolwork because of it. Now I’ve learned how to manage [my video game use] a lot [better], but I used to be worried about failing [my classes],” Davis said.

Davis’s experience highlights that the pandemic has increased video game use and therefore also increased the likelihood of video game addiction for many. According to The NPD Group, a market research firm, August gaming sales in the U.S. increased by 37 percent compared to last August reaching an all time high of $3.3 billion. Additionally, August 2020 was the fifth month in a row that had a large growth in sales compared to the same pre-pandemic months of 2019.

While Kenny-Baum understands the appeal of gaming during a pandemic with everyone stuck inside and extremely bored, she’s wary of the long term effects.

“People turning to more outlets on screens especially for modes of connection is always going to feel initially really positive. But anything that we are doing for extreme periods of time has the potential to develop patterns and in the worst-case scenario potentially develop an addiction. That’s where the long-term danger is,” Kenny-Baum said.

According to a study conducted by Zhejiang Normal University in China, young adults who were addicted to online gaming had lower volumes of gray and white brain matter than young adults in the same test group who were not addicted. These abnormalities in brain matter mean that those addicted to video games may experience increased difficulties with decision-making, impulse control and emotion regulation. On the other hand, a study from Oxford University refuted reports in opposition to gaming and instead came to the conclusion that video games increased users “well-being.” A major difference between the two studies was that Oxford used actual play-time data, meaning that they gathered information as the subjects played Nintendo and EA games in real-time rather than having subjects self-report their playing time. This resulted in more accurate findings.

Despite his struggles to put school work above video games in the past, increased mental health and “well-being” are symptoms Davis actually attributes to gaming. He says that he plays video games because of the social aspect, making him a part of the 52 percent of Redwood students who say that video games have helped them stay connected to their friends throughout the pandemic.

“[I] 100 percent play video games more often now than [I did] before the pandemic, but it’s just to see my friends. I’m very limited with what time me and my friends spend together in person now,” Davis said. “I’ve also met a ton of new people over video games that I wouldn’t have met beforehand.”

The world of streaming video games, on platforms like Twitch, also creates opportunities for social interaction. At Redwood, according to a 2021 January Bark survey, 34 percent of students use Twitch occasionally, and of those students, approximately 39 percent say they use Twitch because it connects them to an online community with shared interests.

At Twitch, by coding, organizing music launches and testing new products, Bhatia works to connect users. He praises the platform for emphasizing this aspect of video game streaming, especially during COVID-19.

“I think [Twitch] has helped bridge the gap of people being far away and uses different mediums to connect, work and interact with each other,” Bhatia said. “Twitch has given such a huge platform to creators and artists to come in and express their creativity in a safe and very inclusive manner. It’s actually one of my favorite places to come in and express my talent and skills.”

Although the long term implications of video game addiction are severe it seems that, if not abused, gaming can contribute positively to mental health. The best way to ensure this, Kenny-Baum argues, is to live a balanced life. Activities like going for a run or seeing friends at a distance can boost one’s serotonin levels in the same way that playing video games would.

“The more you’re diversifying those different things in your life, the healthier you’re going to be. But if you find that you only have one outlet and that’s the only area that’s giving pleasure and all the other things are starting to fall away, that’s dangerous,” Kenny-Baum said.

According to a study published by the American Psychological Association, a balanced future is probable for video game users. The study concluded that video games have the potential to promote well-being, including preventing or treating mental health issues in youth. Given how popular video games are amongst children and teens, developing a video game with an “innovative approach to mental health intervention” could reduce mental health issues for the kids of tomorrow. Until then, everything is best in moderation.