Twin pandemics: a dive into the spike in eating disorders during COVID-19 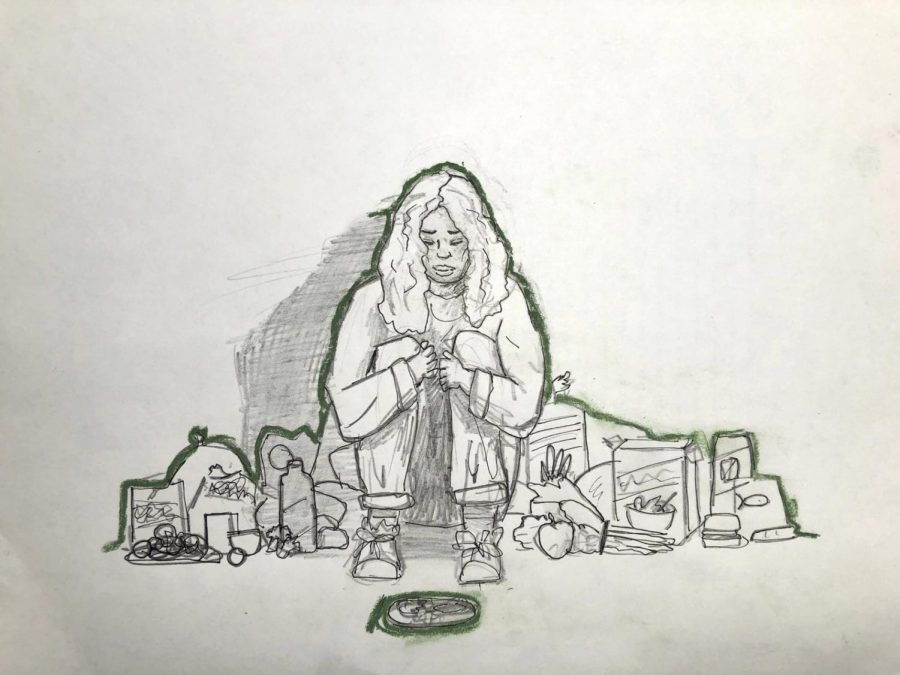 “The pandemic has created an elevated sense of anxiety for everyone. For people with eating disorders, it is even more pronounced,” CEO of the National Eating Disorder Association (NEDA) Clarie Mysko said in an interview with USA Today.

The pause in “normal” life due to pandemic-related restrictions has led to an increase in eating disorders (EDs) due to interrupted daily structures and meal planning. According to the American Psychiatric Association, EDs are disorders in which one is obsessed with their weight or body image and has an unhealthy fixation on calories and exercise. NEDA specializes in providing low-cost, accessible help to people struggling with eating disorders around the nation by having an open hotline and online chats. Over the course of the pandemic, it has recorded a 78 percent increase in calls and online chats from last year. Mysko attributes this spike to stress and isolation; both people developing new EDs and those suffering from relapses have been calling for help.

Former Redwood student Emma Geoghegan found herself dealing with anxiety in early March after having dealt with body image issues and heavy restriction of food throughout her middle and high school years.

“I struggled more in lockdown because I had to be by myself and monitor my own eating, and sometimes I would overeat or under eat until I found a healthy routine where I was eating enough,” Geoghegan said.

Geoghegan is not alone; the national upward trend in EDs is present on a more local scale in Marin, where these disorders have long been a source of concern, according to Amanda Downey, assistant medical director of the University of California, San Francisco’s eating disorders program.

“We are seeing more people with eating disorders than we have ever seen before,” Downey said. “We know that things like stress and anxiety are fuels [for them], and that is something a lot of people are experiencing under this global pandemic.”

Arin Bass, a physiotherapist based in Marin, shares the view that stress and anxiety have a substantial role in the development or relapsing of an ED. According to Bass, the human body stores an extra amount of fat when put under stress, leading to weight gain, which may be triggering to people who have previously dealt with or are developing an ED. However, she chooses to see the recent spike in cases differently than other professionals, deeming it an opportunity to derail harmful societal outlooks on weight.

“I like to think of the growth in cases as an invitation to look at these ways we have been operating,” Bass said. “It’s an invitation to evaluate our beliefs on food and diets and evaluate how we treat other people with different body types.”

Another source of the rise in ED cases was the widespread panic shopping that flooded the nation early in the pandemic. Many people stocked up on food out of fear there would be shortages, which was particularly hard on people with EDs, who were home alone with large amounts of food. According to the International Journal of Eating Disorders, people with bulimia nervosa or binge eating disorder faced the intense urge to binge, and people with anorexia nervosa dealt with the uncertainty of when they would be able to shop for food again, leading to restriction.

Along with a lack of structure and an abundance of stress, the increased time at home gave people vulnerable to EDs even more time to fixate on body image, according to Elizabeth Scott, director and trainer of The Body Positive, a local nonprofit aiming to combat negative self-perceptions. Scott and her nonprofit understand how difficult disordered eating can be during this time, so they have made changes to their programs to better fit the new “normal.” 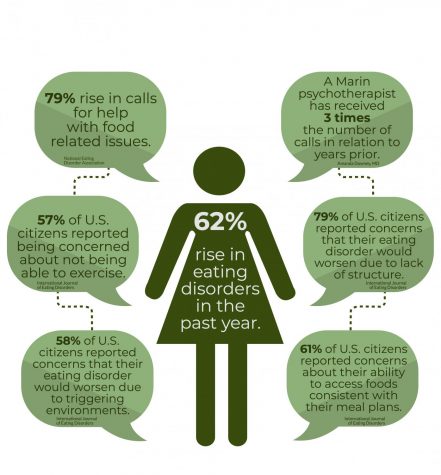 “We have moved our training online so that we can continue to train facilitators to run [online] groups [through Zoom] in high schools and colleges all over the country. [The facilitators run] body-positive groups where they build community and teach people the skills they need to resist eating disorders,” Scott said.

Scott believes that this training is more important now than ever before due to the lessened availability of training resources as a result of COVID-19. As lockdown continues, Scott encourages the Body Positive message of taking care of oneself and being aware of one’s body’s needs. While self-love and validation are important during the recovery process, according to Scott, it is important to seek professional help when first recognizing signs in oneself.