David Hopen blends philosophizing and partying in ‘The Orchard’ 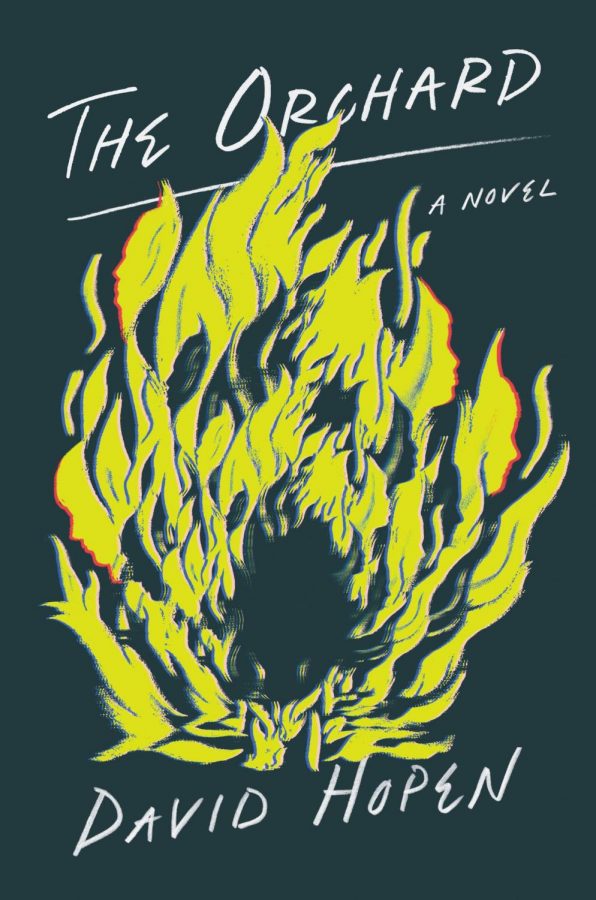 Protagonist Ari Eden is intrigued by the decadence and freedom at his new school.

In the mysterious prologue of David Hopen’s debut novel “The Orchard,” protagonist Aryeh (Ari) Eden is asked by his English teacher whether tragedy (or “majestic sadness”) died with the Greeks. “No,” he answers, “I suppose not.”

The intriguing content found in the prologue, jammed into a concise string of several paragraphs, hints at what defines Hopen’s brilliantly spun and steadily paced story. Hopen details the escapades of a teenage Orthodox Jew who moves from the sheltered, ultra-religious Borough Park, Brooklyn to Zion Hills, Florida, where alcohol and marijuana are far more popular than yarmulkes. Ari’s initial experience at Zion Hills, which is marked by exciting parties along with social and romantic drama, ultimately serves as the foundation on which Hopen’s genius operates, as he weaves Jewish theology, secular philosophy and questions of deep ontological significance into the story.

Hopen’s characters are complex, and some of them manage to fully transcend stereotypical high school archetypes. Ari’s parents are quickly relegated to the background, although his father’s strict commitment to orthodoxy and his mother’s rebellious encouragement of Ari to have fun are occasionally mentioned throughout the novel. Rabbi Bloom, Ari’s new principal, never truly manages to embody the mentor role, despite running some kind of “Dead Poets Society” literary group with Ari’s friends. Female characters generally serve as vehicles for less significant romantic plots, and are ultimately excluded from both the philosophizing and the major plot points.

The center of the story, both for Ari’s individual experiences and for Hopen’s fictional world as a whole, is the hyper-intelligent, very charismatic, and morally dubious Evan Stark. Evan’s enigmatic relationship with Ari is developed slowly and subtly; the question of Ari and Evan’s similarity haunts Ari since their first encounter. A related but mainly distinct theme that Hopen follows is the line between genius and insanity on which Evan totters.

Evan establishes his intellectual prowess and original thought when he reveals his existentialist, sacrilegious ideas to Ari in the library. He explains that “living without limits” and “recognizing that human will, unleashed appropriately, defines value” is key to achieving greatness. However, Evan’s potential for more tangible action also builds throughout the novel, making him far more than just a nerdy rival.

Hopen veers both the plot and his writing into many chaotic turns during the second half of the novel. The narrative, theological yearnings and philosophical wanderings that had previously existed as fairly separate entities converge rather nicely through a series of well-paced and emotionally impactful events. Hopen’s prose takes a more poetic turn in the last 200 pages, in correspondence with Ari’s ambivalence.

As is the case with much of his writing’s features, Hopen employs a skillful subtlety when speaking from Ari’s point of view. Less important than some of the broader philosophical aspects of the novel, but still interesting, is the mystery of Ari’s own personality and character, a puzzle that is still not entirely solved by the end of the novel. Ari’s often unemotional personality does not lend itself to deep personal reflections, and other characters tend to provide more insight into Ari than his own reflections do. The lack of description is an issue unique to Ari’s self-reflection; analyses of other characters are bountiful. As he observes in the book’s salient prologue, Ari is “obsessed with every fatal flaw but [his] own.”

“The Orchard” is a well-rounded, if sometimes clunky, novel that is capable of surprising the reader while also remaining faithful to the story’s original themes. Hopen’s steady style and perfect pacing ground the story, but he truly shines by displaying converging themes that consistently run throughout the narrative and skillfully manipulating unique, memorable characters. He carefully develops the intriguing religious roots of the novel, which function at a much deeper level than as a hook for the premise, and chooses wisely from his wealth of literary knowledge. Although Hopen could benefit from more consistent prose, and in certain parts clarity, “The Orchard” is a very promising first novel that has the marks of a good, potentially great, writer.