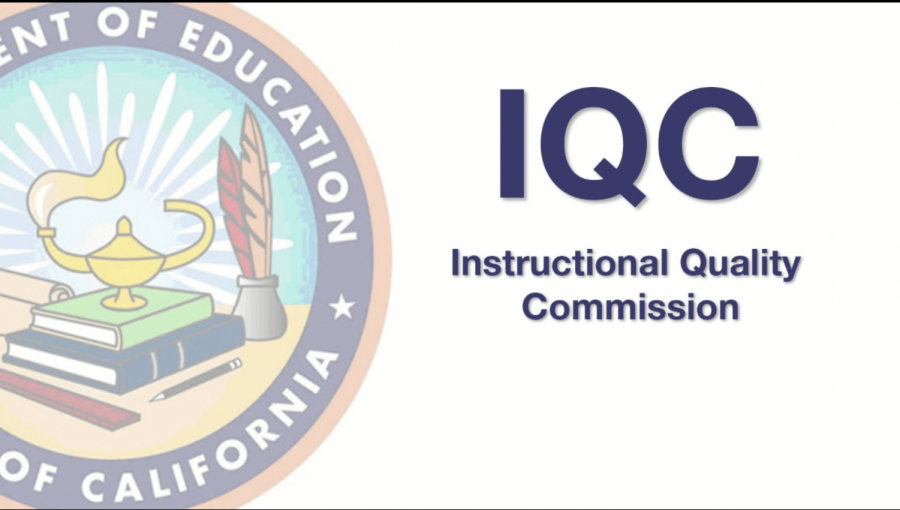 In September 2016, former California Governor Jerry Brown signed AB-2016, a bill that requires all California public high schools to follow a model curriculum for ethnic studies. The law assigned the State Instructional Quality Commission (IQC) to develop an ethnic studies curriculum that reflects the diversity of California. The State Board of Education (SBE) is required by law to take action by March 31, 2021.

State Superintendent of Public Instruction Tony Thurmond believes that having ethnic studies taught in public schools is a crucial part of reforming our current education.

“Ethnic studies is a course that focuses on experiences, struggles, scholarship and contributions of people of color, whose historically marginalized populations are inextricably tied to our state and our nation’s history, but whose stories have largely gone untold in our classrooms,” Thurmond said.

Lewis Alejo, the author of AB-2016, pushes the importance of an education that reflects the experiences and contributions of people of color.

“There is no question that our students need and deserve an education that more truthfully and completely reflects the experiences and contributions of people of color. Today, 77 percent of students in California K-12 schools are students of color, and our students speak over 90 different languages in their homes. In a state as diverse as ours, our students must see themselves in their classrooms and instructional materials,” Alejo said.

The Marin County Office of Education (MCOE) is currently coordinating a plan to implement its own ethnic studies curriculum in Marin schools, which will apply to the Tamalpais Union High School District (TUHSD). A county team has been assigned to respond to the urgency for ethnic studies in education and develop a representative curriculum that addresses the public’s concerns. The group is actively working to design a course outline that focuses on the topic of identity. In the coming months, teachers from each Marin high school will share input on course outlines and materials to organize the curriculum countywide. MCOE hopes to present the final course to the SBE in June 2021 for approval and use.

“We can’t afford to wait because we have a generation of students that are continuing to wade their way through schools. If we don’t have a curriculum that is focused on eliminating racism through education, then we will continue to see the cycles of hate and the unrest that impact our communities,” Armstrong said.

The Model Curriculum Advisory Committee (MCAC), appointed in January 2019, is the body that prepares the curriculum in a draft that aligns with the SBE approved guidelines and state statute. The full IQC, including the MCAC, reviews the draft and posts it for a public review period. 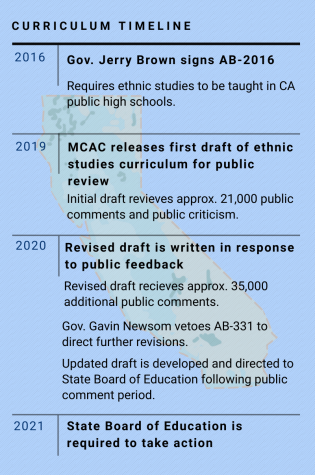 In May 2019, the MCAC developed their first draft of the curriculum. Once posted for public review, the draft received strong criticism from top state education leaders and ethnic organizations who felt their experiences were wrongly represented or ignored. After being posted for public feedback, the first draft drew approximately 21,000 public comments, according to the California Department of Education (CDE).

Mike Harris, lay leader and volunteer activist in Northern California for an Israel education organization known as Stand With Us, was firmly against the initial document.

“The very first draft was an extremely radical document. The only mentions of Jews were derogatory and it promoted a very strong bias against Israel, which we felt had no place in a curriculum dealing with ethnic studies in America,” Harris stated.

The original draft was shelved and ordered to be rewritten after Thurmond, Governor Gavin Newsom and SBE President Linda Darling-Hammond publicly condemned the document.

The CDE was allowed a one-year extension to the project timeline after Newsom signed AB-114 in October 2019.

“The CDE took that time to conduct expert panels, do listening sessions, work with the comprehensive center to conduct focus groups with teachers and administrators and also listen to students,” Coats said.

A revised draft was designed in response to the feedback and posted in August 2020 for a 30-day period of public review and comment. Although the revised draft was said to address previous criticisms, many groups were still dissatisfied, including Jewish Americans as Harris pointed out.

“It continued to exclude the Jewish American experience from it and really did not properly treat antisemitism,” Harris said.

In his veto message, Newsom clarified that he values “the role ethnic studies plays in helping students think critically about our history and understand the experience of marginalized communities in our state”, but he is unable to sign the bill because the latest draft still needs revision.

Following, on Nov. 18 and 19, a meeting of the IQC was held where members of the MCAC made revisions in response to the then total of approximately 56,000 public comments. In considering criticism from the public as well as state education leaders and state officials, the committee edited the most recent draft of the ethnic studies model curriculum. The updated draft was approved by the full commission.

The most updated version of the document is currently available for viewing as a 45-day public comment period takes place prior to the SBE’s action. All public comments made during this period will be directed to the SBE and reviewed before the curriculum receives its final decision.

MCOE is continuing to work to finalize the county curriculum so that it can be quickly implemented following SBE approval. The current course of study can be viewed here.