‘Santa Tell Me’ that these songs are PC 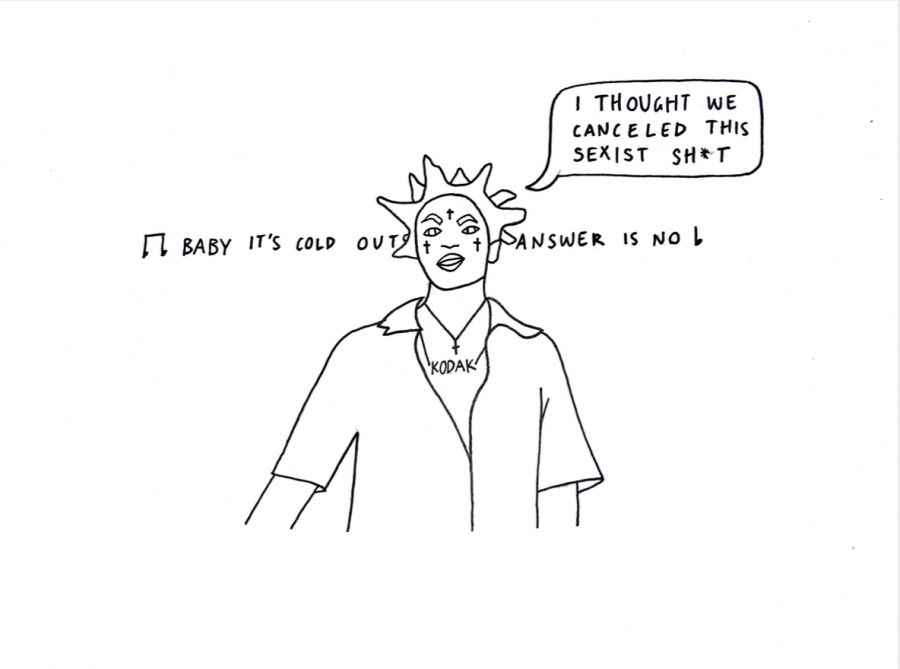 As soon as November rolls around, the Christmas lights go up, the holiday music starts playing and spirits start to rise. My family and I strictly love the classics but over the years have slowly started hearing more and more reasons to “cancel” many of these songs. It is easy to see why someone looking at the lyrics of songs like “Baby It’s Cold Outside,” “Santa Baby” and “Do They Know It’s Christmas?” from a modern perspective would be disappointed, but looking back historically, they were not meant to be offensive. What should be the most wonderful time of the year has been complicated by arguments over classic music choices. These songs and more have been essentially “canceled” by people who see them as sexist or racist. Some radio stations have even begun to pull them from their holiday rotations. Despite modern day feminism and other societal changes, we should not cancel classic holiday songs based on their current interpretations especially when we look at the music deemed acceptable in present times.

According to a November Bark survey, 84% of students listen to holiday music annually and 24% are concerned to varying extents over the current interpretations of the meanings of these classic songs. This shows the deep influence of the media on Redwood students. The lack of knowledge of historical societal norms and the intended meaning of songs is what allows this to happen.

The 75-year-old classic “Baby It’s Cold Outside” was once considered a charmingly suggestive song. In recent years, however, it has been interpreted as a song about date rape. This assertion came from lyrics such as the female-sung line “Say what’s in this drink?” and the male-sung lines “What’s the sense of hurting my pride?” and “Baby, don’t hold out.” Upon singling out these lyrics from the perspective of a person in the year 2020, it is understandable the first assumption is that the song is promoting and normalizing rape culture; at first, I believed it too. However, when looking into the time period it was written (the 1940s), a more holistic view can be seen; the song is undeniably about an unmarried couple wanting to have sex, something that was not common or condoned during the time period. The song is about sex, wanting to have it and finding excuses to stay at night despite the societal pressures of the time. The woman’s excuses during the song are an attempt to blame her actions on things other than her own desires. When she asks about the contents of her drink, she is referring to the alcohol content, not a date rape drug, because many people blame bad things they do on how much they had to drink. “Baby It’s Cold Outside” was controversial at the time of its release because a woman is taking control of her own body and having sex before marriage; now, it should be looked at in the same light — a feminist anthem.

The song “Santa Baby” came out in 1953 and to this day is arguably one of the most well-known and entertaining songs of the holiday season. However, it seems as though people are looking too deeply into its meaning. The song is typically sung by a woman in a raunchy way to ask for things she wants from Santa. However, what should be a fun and lighthearted song has been turned into something with a darker-than-intended meaning with perceived hints of sexism. It is not insinuating that all women are materialistic and superficial as many now perceive it to be; it was one woman following the rules told to children about Christmas — be good and then open the presents from Santa on Christmas morning. The singer is simply pretending the magic is real and wishing she could get extravagant gifts from the mythical Santa.

According to USAToday, radio stations across the country have stopped playing “Baby It’s Cold Outside,” a trend that started in 2017 due to social media outrage and emails from angered listeners. 2017 also happened to be the peak of the #MeToo movement, which explains the sudden distaste for the song when looked at as a date rape anthem. The #MeToo movement is empowering, inspiring and important, however, there are bigger problems its supporters are tackling than a 1940s Christmas song, and it is important to not make assumptions and do the research before canceling it and others.

Something that makes the criticism of Christmas songs especially confusing are the many songs written today that are incredibly and openly sexist, such as “The Hills” by The Weeknd, “I Love It” by Lil Pump and Kanye West and “Blurred Lines” by Robin Thicke. If we are going to allow songs like these to get by and become extremely popular, then there is no reason to go back in time 70 years to cancel songs written with deeper meanings and no openly offensive lyrics.

It is okay to change things with the times, but we should still understand past perspectives. While listening, it is important to acknowledge non-politically correct lyrics, but it is unreasonable to completely cancel and erase these classic holiday songs for invalid reasons.