Electing to refill the Court, or electing to court-pack? 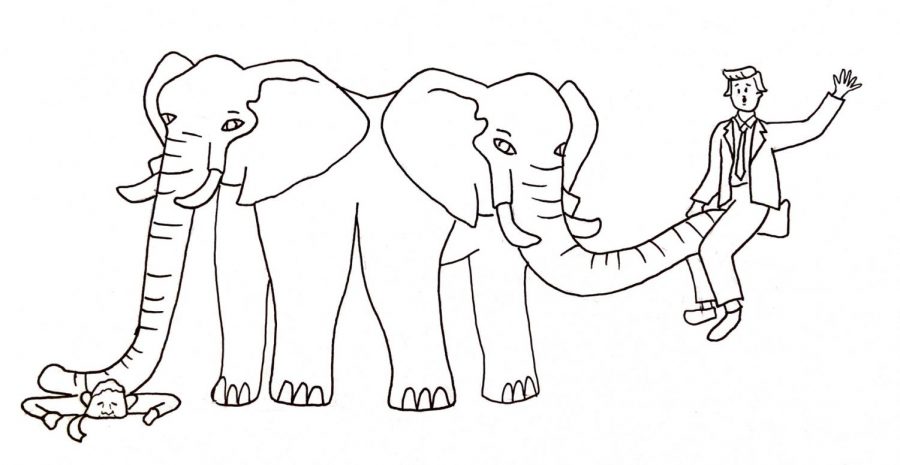 Former Supreme Court Justice Ruth Bader Ginsburg, otherwise known as the ‘notorious RBG,’ shattered multiple glass ceilings during her lifetime and devoted her political career to ensuring equality for all. The second woman ever to be sworn into the Supreme Court, she pioneered modern standards for gender equality and women’s rights through her advocacy and decisions on landmark cases. In the 1996 case United States vs. Virginia, the U.S. filed a suit against the Virginia Military Institute demanding they admit both sexes, arguing that not doing so violated the 14th amendment. Ginsburg helped lead the case to victory, and this was just the start of her career of advocating for equal rights.

On Sept. 8th, Ginsburg peacefully passed away at the age of 87 after serving 27 years on the Supreme Court. Since her passing, the debate over whether President Trump should appoint a new justice in her place has arisen. Over the past 128 years, no president has ever appointed a new justice during an election year, and it has become somewhat of an unspoken rule not to. Back in 2016, the last time a justice died during an election year, many Republicans were completely against Obama appointing somebody new since it was his last year. But now that Trump is trying to appoint somebody, they are going against their old values. Trump started his campaign to fill Ginsburg’s seat on the court only days after her death. In line with every president before him, Trump should wait until he is either re-elected or the new president begins his term to appoint a new justice member.

When former President Barack Obama nominated Merrick Garland a month after Justice Antonin Scalia passed, seven months before the election, Senate Majority Leader Mitch McConnell declared that anyone that Obama appointed void. The other eleven members of the Senate Judiciary Committee all signed a letter refusing to approve any of Obama’s nominations.

This decision was not solely based on political party affiliation either. Members of the U.S. government emphasized other reasons as to why the president should not appoint a new justice member during an election year in 2016, one of them being from Republican Senator Lindsey Graham of South Carolina. 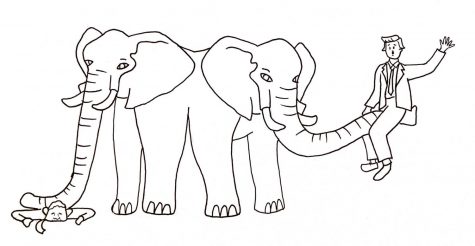 “I want you to use my words against me. If there’s a Republican president in 2020 and a vacancy occurs in the last year of the first term, you can say, ‘Lindsey Graham said let’s let the next president, whoever it might be, make that nomination,” Graham said.

Senator Graham basically foretold the future of our country and had his opinions set on future situations like this. He knew the risks of a new president being able to appoint somebody to the Supreme Court right before the end of their term and yet even he is now pushing for Trump to appoint a new justice. But now, when Trump wishes to appoint a justice at the end of an election year, Graham is pushing to help him. He was extremely against Obama being allowed to appoint a new justice, but now is trying his best to help Trump. This shows how hypocritical people have been, and how their values have changed so dramatically over the past four years.

The threat of packing the Supreme Court with a particular group changed people’s minds about Trump appointing a new justice. If Trump appoints a new justice member, specifically proposed Justice Amy Coney Barrett, before his term is either renewed or ended, the Supreme Court will consist of a 6-3 Republican majority. Trump’s rush to appoint is based on the notion that nine members are needed in the Supreme Court to break a potential tie so that, in the case, a candidate does not win the majority of electoral votes for the election, they will vote on the president after it goes through the House of Representatives. In Trump’s opinion, he believes his 2016 election gives him an obligation to the people, and that, if electing a new Justice is what he thinks is best for the end of his term, then he should be allowed to carry on with the process.

On Sept. 19, Trump tweeted, “We were put in this position of power and importance to make decisions for the people who so proudly elected us, the most important of which has long been considered to be the selection of United States Supreme Court Justices.”

Trump’s logic is invalid because we are so close to the election that if he really feels that this is his right as president, then he can surely wait a month longer to fulfill this obligation, contingent on his reelection. The presidents who have been faced with this same obstacle in the past have found ways to tie over until post-presidency, and it has not had a lasting impact on our government system. Surely Trump can figure out a short-term solution to tide our government over until the new term, especially since the possible situation is only a hypothetical.

There is no need for Trump to push his political agenda at the sacrifice of the American people during an election year, as it harms our democracy because it is undetermined whether or not the people want him as a president come November. In the past, we have not let a president appoint a new Justice even ten months away from the election. Trump can and must wait until he is either re-elected or replaced to preserve true democracy. For over a hundred years, other presidents have been able to wait, and surely he and the future presidents can as well.