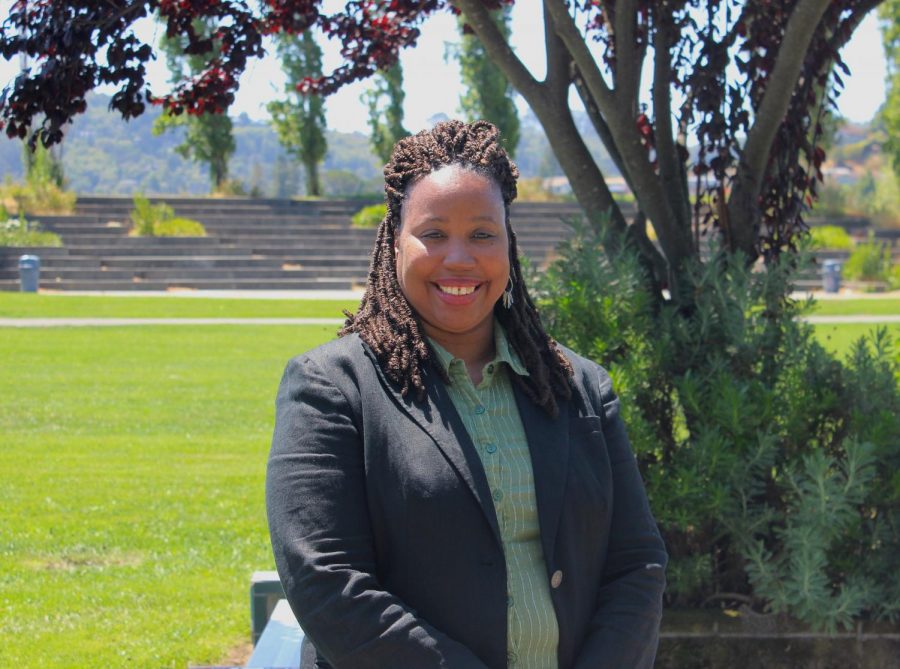 Dr. Kimberlee Armstrong is the new assistant superintendent of educational services at TUHSD as of July 14.

Though the Black Lives Matter movement has been receiving increased media attention recently, in the past four and a half years, the Tamalpais Union High School District (TUHSD) has been increasing its own efforts to bring racial equity to the district’s schools. In this time they have provided racial equity, professional development and implemented a Students Organized for Anti-Racism class and club, among other changes. In March, the district hired Dr. Kimberlee Armstrong, their first Black assistant superintendent of educational services because of her dedication towards building equity for all students.

Armstrong was formally introduced to staff as the new assistant superintendent of educational services at the TUHSD board meeting on July 14. Justin Irish, former assistant superintendent at Edmonds School District and former colleague of Armstong, believes that she will be able to transition smoothly into the new position because of her leadership and collaboration skills.

other person’s thinking … when I needed to problem solve, she was the person I would go to … She’s the type of leader that is bold, takes risks and challenges the status quo, and I value that so much,” Irish said.

In addition, Armstrong will be chairing a district-wide racial equity committee, which has been running for a few years but in the future will include parents and students. The committee will be in charge of upholding racial fairness by developing antiracist policies within the district and meet monthly.

Two years ago, Dr. Tara Taupier became superintendent of TUHSD, leaving the assistant superintendent of educational services position vacant. Until now, the role has not been filled because of the impending district budget crisis, forcing Taupier to take on the responsibility of both positions. Taupier believes that it is crucial to have Armstrong on the team in order to continue making progress.

“I think we really needed somebody with a stronger and deeper skill set than I have to move the work forward, especially this year [because] it’s going to be a totally different story with virtual distance learning,” Taupier said.

According to Taupier, Armstrong will be overseeing the distance learning instructional leadership team. This team is composed of administrators, teachers and community members, and their job is to ensure that all students will be given the support they need. The team plans to provide all students with accessible wifi as well as devices (such as Chromebooks) and a space to work in.

Before working for the TUHSD, Armstrong worked as a math teacher, assistant principal and principal in northern Washington. She graduated from Abraham Lincoln High School in San Francisco and eventually received her doctorate in educational leadership and policy studies, as well as her certificate of superintendent, both from the University of Washington. After working in Washington, Armstrong wanted to come back to the Bay Area and take a job at TUHSD because she admired the leadership within the administration and the direction Taupier is taking the district.

“I liked how [Taupier] wants us to have an intentional focus on students who aren’t experiencing the same outcomes as everyone else. I think at the end of the day, I’m in education because I believe every student should be given the opportunity to reach their full potential,” Armstrong said.

Having been the executive director of equity and public relations for the Edmonds School District, Armstrong wants to continue her leadership by making the TUHSD as equitable for all people as possible.

“Our ultimate goal is that … all our kids can be highly competitive with students from all across the country,” Armstrong said. “I think when we focus the conversation on equity and equitable outcome and educational justice, what we’re really saying is that we want to make sure that every single one of our [TUHSD] students, despite circumstances, every single one of them will be prepared to launch into their future.”

Working beside Armstrong when she was as a principal, Irish believes that Armstong will be able to help each student thrive at TUHSD.

“[Armstrong] is able to think about how systems work together … from student learning … to what is happening in the everyday life of a kid … and she thinks about what systems in the district office are working to make that happen,” Irish said.

Furthermore, knowing how much the public is impacted by her new job, Armstrong hopes to establish a powerful community bond.

“I want to make sure that [the community] moves with us and that they trust that [the district] is doing everything in our power to help our students … I’m always considering how my [decisions] will make a difference as if the students were my individual children,” Armstrong said.