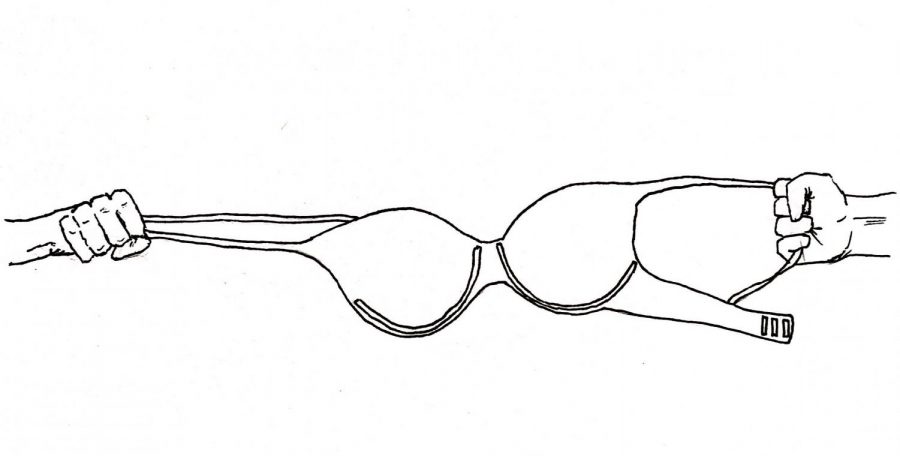 The #MeToo movement, propelled on a large scale after Hollywood mogul Harvey Weinstein met his social demise in 2017 for several counts of misconduct, opened the floodgates for empowerment and justice for victims of sexual harassment. The implications were astounding, the effects even more so. Now, however, those waters are being stirred.

“For a woman to come forward in the glaring lights of focus, nationally, you’ve got to start off with the presumption that at least the essence of what she’s talking about is real, whether or not she forgets facts, whether or not it’s been made worse or better over time,” Biden said.

Ford’s allegations effectively smeared Kavanaugh’s reputation for a period of time, regardless of if her claim was valid or not. Today, the same fate threatens Biden himself, as Tara Reade’s accusations that the politician assaulted her during her employment at his Senate office in 1993 permeate the media.

Biden’s remarks held significant weight in 2018, as countless followers of the trial heralded his support of women’s voices. Now, the assertion highlights a stark, unfortunate turnaround. To the politician’s credit, he called for a search of the National Archive to prove his innocence in a recent interview on MSNBC’s Morning Joe. Despite this effort to uphold the standards outlined in Kavanaugh’s case, Biden has plainspokenly denied Reade’s allegation, citing a so-called lack of evidence present to support this. 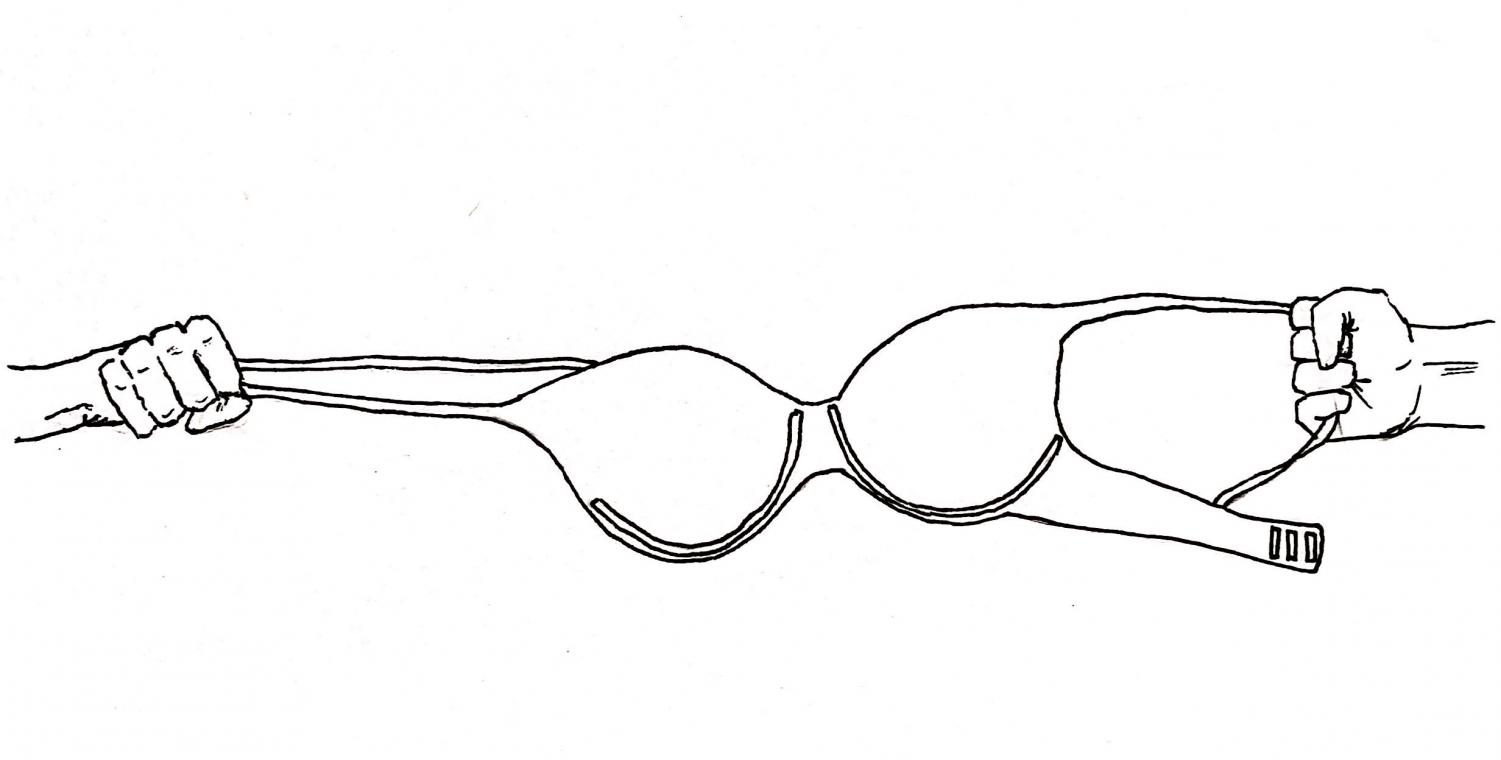 But corroboration has been supplied by both family members and former coworkers of Biden’s former aide; Lorraine Sanchez, who worked with Reade in another senator’s office after the alleged assault recalls Reade claiming she was dismissed from her D.C. position after voicing concerns. A former neighbor remembers a teary-eyed Reade describing her harassment in the mid-90s, and several other supporting accounts have been provided. Why then, did Biden defend Dr. Ford when her case was backed with comparable or less substantiation? Does Reade not deserve an equal fighting chance, or does the underlying message of this role reversal reflect a more political take that, in fact, does not truly concern the plight of either woman at all? Seemingly, the latter holds some truth.

Both accusations are distressing to acknowledge, but equally troubling are the dissimilarities in their aftermaths. Regardless of if either one of the claims are true, sexual assault allegations such as these carry increasingly politicized weight with them, which effectively strips them of their emotional components. It appears some politicians and party members nowadays view sexual harassment or assault claims as weapons they can wage to thwart campaigns rather than what they truly are: gutting stories of sexual misconduct that carry intense personal weight with their holders.

Take the Biden allegations as a case in point: following their publicization, a former press secretary of Bernie Sanders solicited Biden’s replacement for the 2020 Democratic ticket, right-leaning sources like Fox News were quick to capitalize on Biden’s hypocrisy and House Speaker Nancy Pelosi deemed it a “closed issue” to uphold her endorsement of the presumptive election candidate. Superficially, many prominent figures have praised or downplayed Reade’s actions to comment on the role of female allegations in this #MeToo era, but it appears ulterior motives lay beneath the support or condemnation of this woman’s testimony. These factions seem to care much less for the predicament of Tara Reade than they do for their own agendas.

The most adverse effect of this trend is the harm the accusers face. As The Atlantic writer Moira Donegan aptly puts it, “In situations such as these, questions about a man’s behavior suddenly become a referendum on women’s characters, and it is women’s reputations, not that of the man in question, that somehow always wind up suffering.”

In the case of Reade, not only have many Democratic leaders and media figures disregarded her claims but have attacked her character; she’s received death threats and seen her name dragged through the mud with non sequiturs, like her repeated name changes that some sources have attributed to domestic abuse circumstances. The same went for Christine Blasey Ford: although her allegations were more greatly supported by media outlets, maligned and misleading portrayals circulated through social media platforms, including a false story that Ford made similar assault allegations against Justice Neil Gorsuch during his 2017 nomination.

Examinations of character are typically included in holistic investigations such as these, but the public should not be left to criticize or assess an accuser’s persona prior to formal judgments. Yes, allegations must be heavily vetted for validity, and both the accusers and accused must be scrutinized until the truth is reached, but to inflict potentially permanent damage on the reputation of either player is both politically and morally backwards. Only when a verdict is reached should one be treated as guilty, whether it is a dishonest accuser or a wrongful figure in power.

Another pressing issue? The reactions to high profile affairs such as these can set standards for smaller scale cases that may dominate the lives of everyday citizens. In reference to the attacks advanced on Reade’s personality and credentials, Twitter user Lindz Domminigue posted this on May 24: “Imagine saying someone assaulted u and people bring up your repo or degree issues. Don’t ask me why I’ll never say a thing.”

Not only does the politicization, and weaponization for that matter, of sexual harassment further deter others from coming out to tell their stories, but it poses an extensive threat to the work that #MeToo has already done for those muted by fear or their surrounding communities. Political schemes and moral imperatives should not exist in the realm of personal trauma from sexual conquest, for they jeopardize both current and future accusers.

The manipulation of women for dominance and the distinct stories of its survivors—whether they are truthful or not—cannot stand as a factional force. Whether an allegation aims to sabotage public opinion of political leaders or an honest accusation strives for justice, the wielding of these claims reflects poorly on its users and hits alleged survivors even harder. In an era of polarity and rare bipartisanship, such tender matters cannot be categorized as munitions employed along party lines—they must be categorized as the human issue that they are. Victims are people, not ploys.