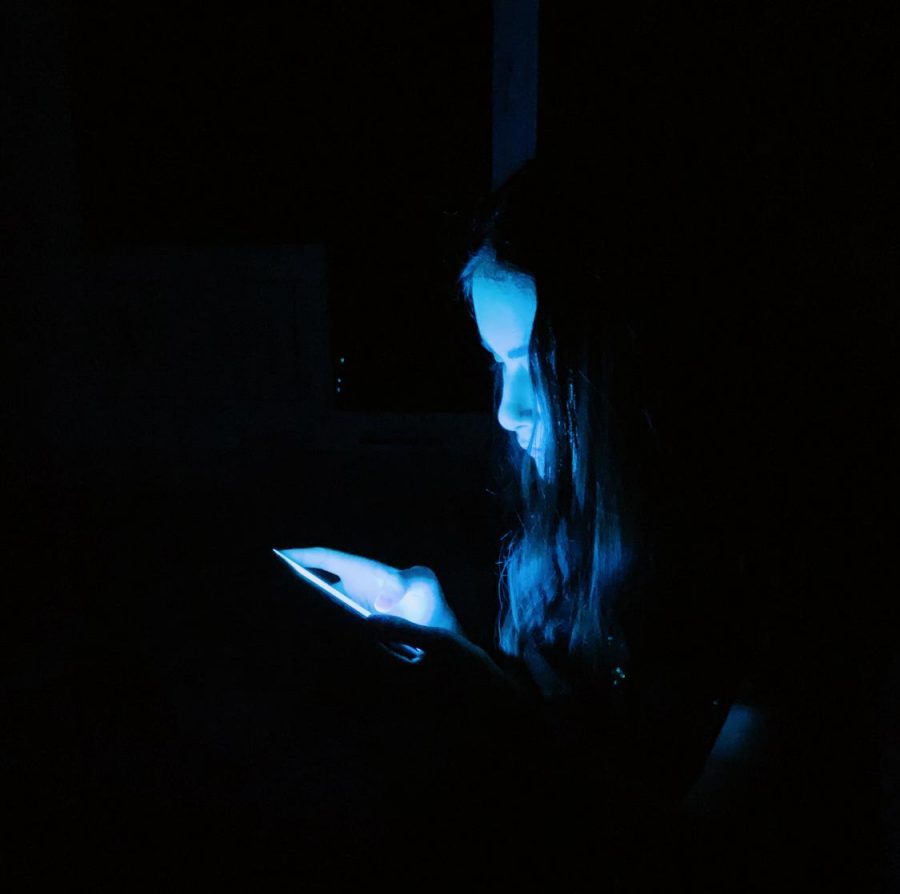 Most of the world came to an abrupt, screeching halt when the COVID-19 pandemic hit: schools and universities sent students home to finish the year from afar, businesses deemed unessential temporarily closed down and millions of families confined themselves to their homes under some form of a lockdown per safety regulations. The pandemic disrupted the lives of many, forcing the world to adapt and overcome. Since then, humans have found a variety of ways to supplement the gaps in their lives.

To continue teaching, schools have redesigned education, using video chat platforms and educating tools such as Zoom and Google Classroom. Online marketplaces were utilized to sustain brick-and-mortar businesses through the closure. Families learned to facilitate video chats to keep in touch with friends and loved ones, and those who could continue work from home did so via computer.

While these solutions offer temporary alternatives that allow people to continue life as close to normal as possible, there are subsequent consequences. A sudden increase in daily technology use can have several negative impacts on the body. Each of these solutions, while serving a purpose in someone’s life, result in the need to be online for longer periods of the day which, in turn, can have its drawbacks.

Virtually all light sources today use some kind of light-emitting diodes (LEDs),  including the majority of commercial and industrial light sources, computers, smart-phone screens and even TVs, according to a study from The National Center for Biotechnology Information (NCBI). Dubbed blue light, the wavelength emitted from most LEDs can cause a variety of problems in one’s eyes; the most common is eye strain, or fatigue in the eyes, which is the pain people feel from staring at a screen for too long.

Bethany Zhang, an optometric intern and four-year optometry student at University of California, Berkeley, has studied the effects of these blue wavelengths on the human brain and recognizes the consequences blue light can have at night.

“The blue light from your [devices] alters your melatonin levels, which is the chemical in your brain that monitors your circadian rhythm, [the cycle for] when you feel tired,” Zhang said. “When you’re on your screens for too long, it messes up that regulation in your brain, and you can’t sleep as easily [because] it stops your sleep patterns and keeps you up later.”

Along with sleep deprivation from an irregular circadian rhythm, eye strain itself can also cause pain in one’s eyes. Zhang expresses how eye strain can occur from more than just blue light.

“[When] staring at your screen, especially because now everyone’s on their computer for Zoom, you aren’t taking as many breaks. Eye fatigue comes from two different reasons: one, from blue light and two, accommodation, which is your eyes ability to focus,” Zhang said. “The closer [objects] are to your eyes, the more your eyes have to focus…If you’re staring at your phone and then you zone out, your phone goes blurry. That’s when you’re disengaging your focusing ability.”

Junior “Jane,” who has requested to remain anonymous, says her eyes have been more irritated than usual during this time, and she thinks an increase in screen time could be a reason for her pain. Additionally, Jane suffers from a history of migraines. During her time at home, Jane’s migraines have become more frequent, especially after a sudden spike in daily technology use.

“Occasionally, [I would get migraines before the shelter-in-place] but the frequency definitely picked up when I started using my computer and phone more…Migraines are genetic in my family, so if it’s bad enough I use my dad’s migraine medication,” Jane said.

According to Zhang, painful headaches, imitating symptoms of migraines, can come from long term exposure to screens and can be a symptom of eye strain.

“When you’re staring at your computer screen on your phone for a really long time, you’re engaging that focusing ability for a really long time. That muscle becomes really fatigued and [causes] this pressure in between your eyes, around your nose area, which can travel up into your head. [It] feels like a migraine,” Zhang said.

For those who suffer from eye strain to the point where it impedes on their ability to work, products have been designed to block off blue light from entering the eye. Zhang, who recommends many of these alternatives to her patients, realizes that they only work for certain people, and so far no product has been able to completely protect the eye from blue light.

“People like software engineers [who look at a screen all day] that I’ve given this to love the blue blocking [glasses]. They [also] love using f.lux and Night Shift [a downloadable platform and Apple-setting that monitors blue light, respectively] for their computer and tablet screens,” Zhang said.

Another way to mitigate eye strain is by taking frequent breaks and looking away from the screen. Zhang shares a helpful rule to ensure each one of these breaks is effective.

“The 20-20-20 rule [says that] every 20 minutes of screen time, you should take a 20 second break and look at something 20 feet away. That helps with the pressure [because] you’re not just focusing [on things up] close all the time,” Zhang said.

The effects of increased technology use are not limited to physical discomfort or pain; long term computer use can take an equally invasive toll on one’s mental health. With video games and social media substituting a lack of social interaction and routine Zoom calls replacing the in-person school day, stepping away from the screen has become increasingly difficult.

Between online school, sports workouts via Zoom and time spent on social media, Jane finds herself on her phone and computer the majority of the day.

“At the beginning of the [shelter-in-place], before we had the Zoom calls, it was really bad. I was on [my phone] for probably 18 hours a day,” Jane said. “My daily [phone] average right now is five and a half hours.”

Jane says she has noticed herself becoming upset with family more easily, a factor of her increased technology use.

“I’m a lot less patient with my family. I get irritated with them a lot more, and I’m just generally tired more…I am definitely less motivated,” Jane said.

A study conducted by psychologists Dr. Ed Diener and Dr. Martin Seligman, professors at the University of Virginia and the University of Pennsylvania, respectively, found that the most genuinely happy people had the strongest social relationships. From a distance, it can be difficult to maintain strong relationships and friendships during these times.

Dr. Nelson Branco, a pediatrician at Tamalpais Pediatrics in Larkspur and Nevada, explains the difficulties that come with not being able to socially interact with others.

“Not being able to see someone’s reaction immediately and not being able to fully appreciate their body language and expressions…is very stressful because as social creatures, humans are always looking for feedback,” Branco said. “When we take that away…that creates more anxiety and more stress. I think that some people crave the physical part of it. Some people are huggier than other people. Not having that [ability] is stressful and hard for folks.”

Especially nowadays with the uneasiness surrounding the pandemic, humans’ mental health is more at risk. There are three actions Branco stresses must occur on a daily basis in order to keep one’s mental health strong.

“The first is getting outside. We know that sunshine, vitamin D and being outside, especially here where we’re fortunate to be so close to nature and lots of green space, [makes people] happier…The second is [to] exercise not only as a stress relief, but making sure that you’re wearing yourself out [for] your sleep and physical fitness,” Branco said. “The third one, and arguably the most important, is sleep and your sleep habits…My rule is you have to get eight to 10 hours of sleep.”

Once she became accustomed to the shelter-in-place, Jane was able to build a structured routine for herself to balance online schoolwork and workouts with time outdoors and away from her devices. She finds the time to go outside every day, whether it be for volleyball workouts or to spend time with family.

The pandemic has forced humans to adapt to a new lifestyle, adding a number of hours to many people’s average screen time. Taking the extra time each day to sleep more, exercise, surround oneself in nature, do something unrelated to technology or even look away from a bright screen for a matter of seconds can greatly improve one’s health and overall wellbeing during these times of uncertainty.