High school to the NBA: the past, present and future 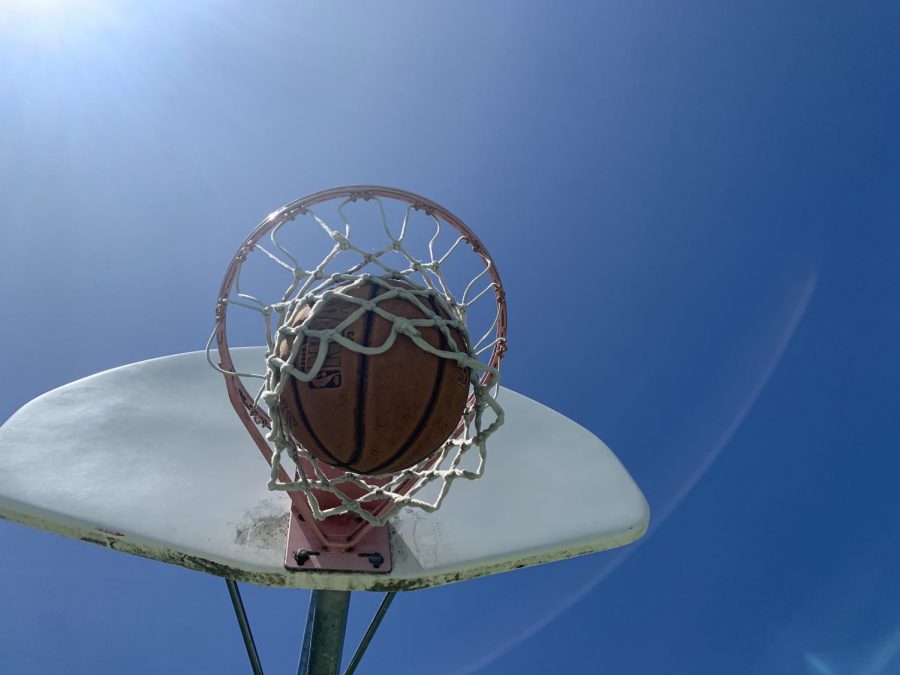 Every few years, there is a standout high school basketball player in their senior year who has their eyes set upon playing in the National Basketball Association (NBA). Their windmill dunks and spectacular highlights spread across social media, appearing on millions of screens across America. Basketball analysts predict whether or not they’ll be a top five in the NBA draft and colleges fall to their knees begging them to attend their school for just one year. Two years ago, Zion Williamson was in that position. This year, it was Jalen Green. However, while Williamson followed the traditional route of playing one year at Duke University before being drafted into the NBA, Green pioneered a new route for top high school recruits: the G League.

The G League has traditionally acted as the minor leagues of the NBA but has never had any top tier high schoolers play in the league directly after high school. However, this past year, the G League made a targeted attempt to appeal to high schoolers through their “professional path program.” The program gives players a starting salary of up to $500,000 and places them on a team tailored to developing top players for a year. After Green chose this option, three other ESPN top 100 recruits signed with the team as well. This was an unprecedented event, as top high school players typically either play in college or internationally before joining the NBA. The big question is whether this trend will stick, and if so, what it could mean for college basketball.

There are two core reasons behind these decisions: the NBA’s “one-and-done” rule, which requires players to be both one year removed from high school and 19 years old to sign with an NBA team, and the National Collegiate Athletic Association’s (NCAA) prohibition of college athletes from earning money.

The one-and-done rule was implemented by the NBA in 2006 in order to allow young athletes to mature and develop before entering the NBA, according to the News & Observer. This also gives NBA teams more time to scout players, reducing the risk that they will make bad draft selections. For players that seem ready to jump from high school to the NBA, such as Williamson and Green, the one-and-done rule ensures that they will play for one year outside of the NBA. However, in that intermediate year, the dilemma is whether or not to sacrifice the college basketball experience––which includes the competition, education, coaching and team camaraderie––in favor of earning money by playing professionally.

NCAA athletes are currently prohibited from earning any sort of money outside of their scholarship, although change appears imminent. Because of this, the allure of the G League increases; many would prefer to earn up to $500,000 playing in the G League instead of playing for free at a college.

Scott Thom is the current head basketball coach at College of Marin and has coached at Division I schools such as UC Berkeley and Washington State University. Through those experiences, Thom has come to understand the financial situations that many college athletes deal with on a deeper level.

“[College basketball] is definitely a huge business…it’s not uncommon for top coaches to be making millions of dollars. So do the student athletes get enough through their [scholarship] and everything else? I don’t know,” Thom said.

Zach Agenbroad, a former Redwood student, is the CEO and co-founder of Guru Sports (originally named NBA Guru), which is a sports media company with 41.5K followers on Instagram. Agenbroad fully supports college athletes being allowed to make money through endorsements.

“A lot of these college athletes have families that they need to support at home or just have other struggles going on in their lives. The school makes so much money for these players, so they should be able to make money off their name too,” Agenbroad said.

State legislation and NCAA rules currently prohibit college athletes from earning money off of their name and likeness. However, in 2019, California became the first state to change the law and allow this. Since then, similar legislation has been or will be introduced in 16 other states, according to the New York Times. The California law will not go into effect until 2023, which gives the NCAA ample time to plan for how they will respond.

In response to the financial debates, the trend of athletes playing either overseas or in the G League for one year is increasing. The G League’s increased popularity for recruits can be attributed to their newly created “professional path program” that is aimed at developing and mentoring top high school recruits before they enter the NBA. This program will create a select G League team made up of top recruits who could receive up to $500,000 in salary and an estimated $1 million when combined with contract bonuses and endorsements, according to CNBC.

Brandon Graves is the University of San Francisco’s Associate Athletic Director for Development and previously worked at the University of Louisville, both of which are Division I basketball programs. Graves supports how the G League has approached their professional pathway program.

“I think the G League could be great if they can figure it out. I read [Jalen Green’s contract] includes financial incentives for games played, completing community events and attending life skills programs,” Graves said. “So that’s awesome that they’re not just saying that they want to include these life skills elements and developing the whole person; they’re backing it up.”

However, in what some would say is a response to losing high school recruits to the pros, the NCAA recently submitted a proposal that would allow players to profit from their image through endorsements. The proposal follows the same guidelines as the California bill that was passed in 2019, and Agenbroad believes the NCAA did this in response to the recent G League commitments.

“I think they’re doing that to help [combat] the G League. I think they’re realizing that more and more of the stars in high school are going to go to the G League if they don’t let players make money,” Agenbroad said. “I think it will definitely help them retain some of the [high school] players. Maybe Jalen Green wouldn’t have gone to the G League if he knew he could make money off his likeness at a big school like Duke or UNC.”

Graves believes recent shifts in state laws, such as California’s, are the primary motivator behind the NCAA’s proposal.

“All of this is state government initiated. California was among the first. And the NCAA is being dragged to the table. They had to act. It’s not like the NCAA is being proactive and trying to find a way to compensate student athletes,” Graves said.

Regardless of the motivations, it appears as if college athletes will eventually be allowed to make money. However, Graves warned that the logistics of this could delay the proceedings.

“For example, if the school is [sponsored by Adidas] and Nike wants to sign the kid, how does that fly? The answer is that it probably wouldn’t,” Graves said. “I think there’s a path to [allowing endorsements], but there will be some caveats.”

What this means for the future:

The decision to play professionally instead of at the collegiate level is undeniably becoming more popular among top recruits, and Thom believes this could lead to a change in the core makeup of college teams.

“I think it’s going to help the college game because you’re going to have more players that want to go to college. You look at Villanova. Villanova is always a really good team. They always have guys that are juniors and seniors. I think you’re gonna see more of that,” Thom said.

The abolition of the one-and-done rule would also lead to an increased number of players skipping college, which Graves believes is likely.

“I think it’s going to go away with the next collective bargaining agreement [in 2024]. Adam Silver [the current NBA commissioner] has been super progressive and it seems like that’s the way it’s trending,” Graves said.

Silver has publicly stated he is against the one-and-done rule and that its abolition is “a few years away, in my opinion,” during a 2019 public meeting.

If events play out as is currently projected, by 2024, the NBA’s one-and-done rule will be gone and college athletes will be able to earn money off of their name and image. This will undoubtedly lead to an increase in players that go straight from high school to the NBA, but will the G League’s development program still be a popular option? The future is difficult to predict, but one thing is certain: the path from high school to the NBA is changing.