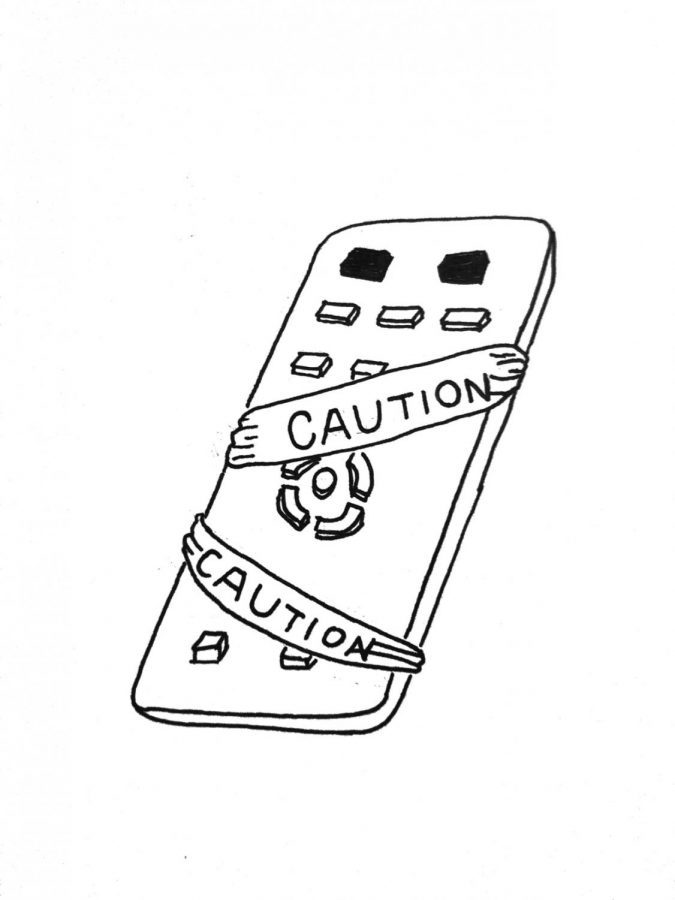 Since its invention, television has been used as a low-maintenance parenting tool. Following the mid 1900’s, parents could experience a moment of relief by placing their child in front of the television. I associate a significant portion of my own childhood with kid-friendly cartoons and programs that I watched almost daily. These television shows could keep me occupied for hours with appropriate content under the protection of regulations prohibiting inappropriate media during certain hours of the day.

The Federal Communications Commission (FCC) regulates what is permitted to air on different television channels, and restricts content with obscenity and indecency, alongside many other filters. The FCC defines indecency as “…patently offensive as measured by contemporary community standards for the broadcast medium, sexual or excretory activities and organs.” However, children today do not have the same access to reliable channels as I once did due to the loosening of restrictions over the past decade. Since television has such a large audience of children, publicly broadcasted television should have stricter enforcement of their regulations regarding overly sexualized content in order to make TV a safe and appropriate place once again.

One recent example was the Super Bowl LIV halftime show. As one of the biggest TV events of the year, the Super Bowl is a time for families and friends to come together, root for their team, rate the funniest commercials and converse over finger foods. However, the controversial halftime performance featured Jennifer Lopez and Shakira dancing seductively in revealing outfits for over 100 million people on live television. Performances like this are best for audiences who have prior knowledge of the content and thus can choose whether to watch it. An audience should be more informed than the Super Bowl fans who patiently waited to see what the show was going to look like. Generally, the audience should be of proper age to watch the performance when it would otherwise be restricted content. The unexpected, stripper-like dancing generated an awkward silence in many families’ living rooms and left the audience afterwards with a wide range of reactions. The Federal Communications Commission (FCC) received over 1,000 complaints on the “sexually suggestive” performance from 49 states. Many questioned the ethics of the show, as well as where the line should be drawn between empowerment and indecency.

Another Super Bowl over a decade ago led to similar criticism, however, the complaints were acted upon. In 2004, Janet Jackson experienced a wardrobe malfunction while onstage when Justin Timberlake accidentally pulled down on her costume to expose her breast. According to the New York Times, around 540,000 complaints were made to the FCC following the incident, which responded by addressing the inappropriateness and imposing a penalty on CBS. According to the New York Times, “the fine [of $27,500] was the largest the commission has yet levied against a television company.” However, the more recent performance’s backlash was met with viewers defending the performances, which raises the question: Has our society changed so much in these 16 years that sexual content on public television is now defended?

When televised performances or scenes are criticized, many defendants claim that it is an expression of culture or an interpretation of society. Although some of the actions in the Super Bowl performance reflected cultural norms of the singers’ countries of origin, Colombia and Puerto Rico, the pole dancing section was not as appropriate for younger viewers. If this performance was in a movie, such as Jennifer Lopez’s new film “Hustlers,” people would be not permitted to watch it if they are under the age limit. These rules are upheld in movie theaters, with age restrictions preventing a group of teenagers from watching an “R-rated” movie. Unless all of them are at least 17 years old or one of them is at least 25 years old, they are unable to purchase tickets for the movie, restricting about half of Redwood’s student body. For the biggest televised sporting event in the nation, the sexual content was inappropriate for households with children watching.

Though the Super Bowl performance was a powerful show by two prominent female figures, it was not meant for the diverse audience of over 100 million people. The performance expressed the talent each singer has, it was just not the right scene for it to be accepted without criticism. In today’s inconsistent and changing world, we need to start asking how we can support cultural expression on television programs while maintaining appropriate content for all audiences. Television can be a powerful tool in shaping the minds of all viewers, a tool so powerful that sometimes limited exposure is the best call. The FCC should be stepping up to their responsibility as the legal enforcers when it comes to inappropriate subject matter available for anyone’s eyes.