Data explains the leading cause for wage gap in professional basketball 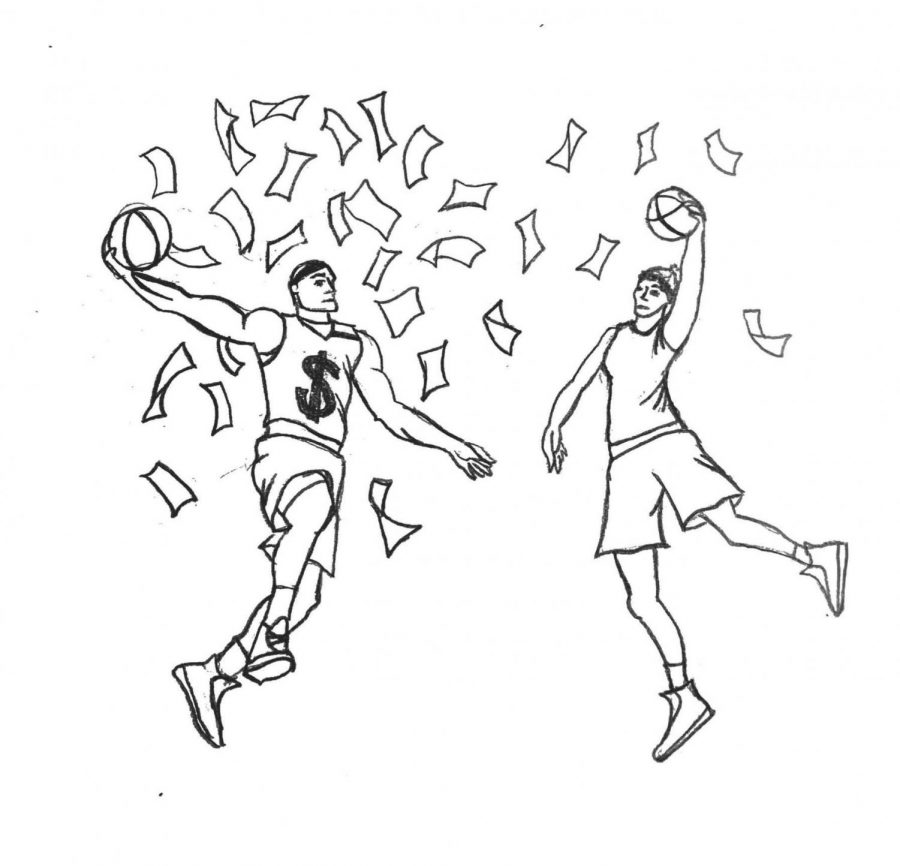 Over the past 200 years, women’s rights have been a prevalent issue in American society. The Women’s Rights movement has recently gained attention with the debate over the gender-related wage gap. The discrepancies between the National Basketball Association (NBA) and the Women’s National Basketball Association (WNBA) salaries stand out as one of the most prominent examples of this controversial issue. Currently, the highest-paid NBA player, Stephen Curry, is predicted to make 40 million dollars from the 2019-2020 season. On the other hand, the highest paid WNBA player, DeWanna Bonner, is set to make 127,500 dollars for the 2019-2020 season. This leaves people wondering why there are such inconsistencies between the NBA and WNBA players’ salaries.

The answer transcends gender issues, but rather correlates directly with the yearly revenue from advertising, merchandising, sponsorships, and ticket sales. According to Forbes Magazine, the NBA earned 7.4 billion dollars in 2019, while the WNBA made a mere 60 million dollars in revenue. The revenue difference of 7.3 billion dollars would make equal pay for players within the two associations impossible. To put it simply, the WNBA does not have the funds to pay salaries comparable to the NBA average; therefore, people cannot expect the two leagues to have equal pay.

One main cause of the disproportionate revenue between the two leagues is viewership.  According to Sports Business Journal, Each NBA game has an average of 1.2 million viewers, while WNBA games have less than half that amount, resulting in a significant revenue gap. For example, Entertainment and Sports Programming Network(ESPN) paid the NBA 2.6 billion dollars for the rights to broadcast basketball games in 2019. This is a staggering number compared to the 25 million dollars ESPN paid the WNBA for the rights to broadcast their games. While the stigma toward female athletes in professional sports is a factor in its relatively low popularity, the WNBA is just getting started as an organization and will hopefully become more widespread over time. This stigma also exists in the Redwood community, as there are generally more fans at boys’ sporting events than there are at girls’.

The WNBA clearly does not have accessible money to make its players’ salaries equivalent to those of the NBA. However, while the wages cannot be equivalent, WNBA players should have higher wages. This could be achieved by paying WNBA players the same percentage of the association’s revenue. Currently, NBA players receive 50 percent of the association’s revenue, while WNBA players get a mere 20 percent of the revenue. If the women in the WNBA were paid 50 percent of their league’s revenue, the average player would be making just over 200,000 dollars. According to Forbes, this would be equivalent to the NBA average during its 25th season back in 1970-71(the WNBA is currently entering its 24th season). Matching this ratio would be a positive solution to the current wage gap. In the years following the NBA’s 25th season, the average salary rose dramatically because of the growing popularity. The NBA saw a huge jump in payment a decade later, as the average player’s salary rose to 180,000 dollars, which is equivalent to just over 550,000 dollars today. This proves that if the WNBA is willing to pay its players a higher percentage of the total league revenue while sustaining its economic growth as an organization, the profits would increase and the wage gap would likely decrease.

There is no doubt that men’s athletics were given a head start in American society. This advantage has given the NBA more time to build its fan base, allowing them to generate more revenue. It would be financially impossible at this time for WNBA players’ salaries to be equal; nevertheless, the WNBA should work to make the ratio of pay proportional. Over time, with risen salaries, the WNBA will have the opportunity to develop its organization and match the financial success of the NBA.