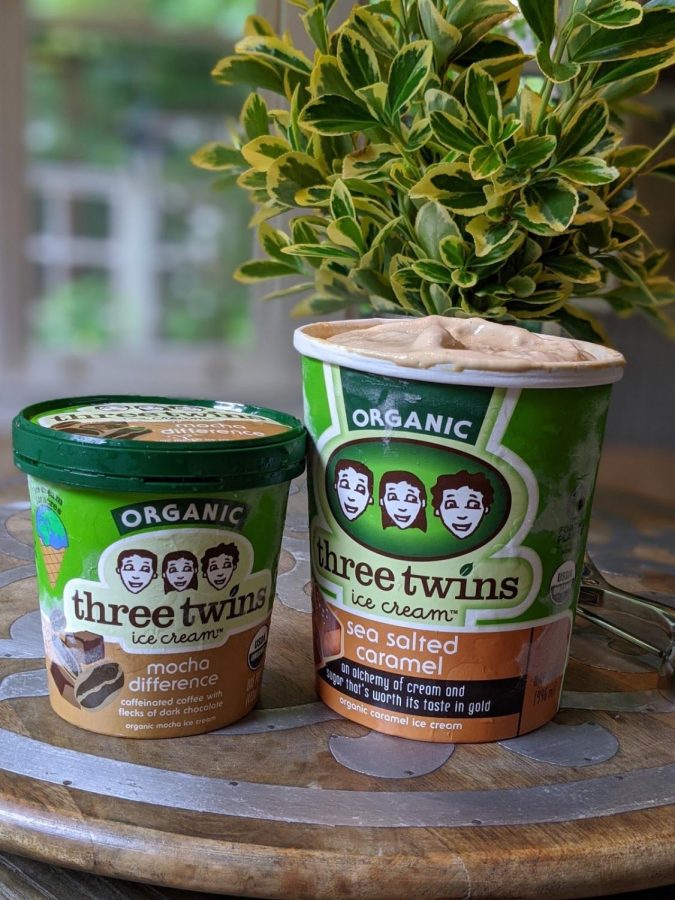 On Friday, April 17, founder of the well-loved Three Twins Ice Cream, Neal Gottlieb, announced that Three Twins will be ceasing all company operations. While Three Twins was experiencing some financial troubles leading up to this point, COVID-19 and the closure of small businesses is what caused the business to close its doors once and for all.

Being one of the first fully organic ice cream companies, Three Twins soon became popular throughout the Bay Area, with scoop shops located in Terra Linda and Larkspur.

“When I started Three Twins as a single ice cream shop in 2005, my goal was to make great organic ice cream that was affordable and accessible, while also giving back,” Gottlieb wrote in a closing statement released on Friday.

Jim Rosenfield, the owner of Marin Country Mart, a small shopping center in Larkspur Landing, helped open Three Twins in that location almost 8 years ago. Rosenfield was drawn to Three Twins because it was a family-oriented business that produced organic ice cream priced to fit with the Marin community.

Georgia Larson, Redwood High School sophomore and former Three Twins employee, says that her favorite part of the job was interacting with the customers. Larson and many of her co-workers were not expecting the sad news and will miss the experience of working at Three Twins.

“When [Three Twins] temporarily closed because of the spread of COVID-19, we definitely thought that we were going to reopen,” Larson said. “We had no idea that the whole company was going to shut down.”

This news was also shocking to Rosenfield, who expressed great sadness about the closure of this beloved business.

“We all prepare our businesses to survive ups and downs in the economy. No one expects the good times to last forever, but that said, no one really prepares for what we’re now going through, a complete shutoff,” Rosenfield said.

Due to the spread of COVID-19, restrictions were put in place that allowed only essential businesses to be open, making it hard for small businesses to profit. Three Twins involved direct customer and employee contact, which violated social distancing protocols during this pandemic, causing all storefronts to close.

“If the operator changes, like in this current situation, it’s not ideal, but we’ll work hard to find something that is unique and special and that people really like. They may not have the Three Twins’ favorite flavor, Lemon Cookie, but they’ll have delicious ice cream I’m sure,” Rosenfield said.

Within 24 hours of the news of the closure being released, Rosenfield had received over half a dozen inquiries from local ice cream parlors regarding the space that Three Twins was in. He suspects to lease the space very soon.

Not only was Three Twins an extremely unique and valuable business to the Marin community, but so was the founder Gottlieb.

“It would be hard to find anybody more passionate about their business than Neal was about his,” Rosenfield said in reference to Gottlieb and his company. “[Gottlieb] is an eccentric, passionate, and capable guy who has been doing this for 15 years. It’s really sad to see his company, with all of his hard work, go out of business.”

Gottlieb hopes someday in the future Three Twins may open again and wants to thank all the customers who have helped contribute to the Three Twins community.

“I have always lived by the philosophy that it is better to have loved and lost than never to have loved at all. While this is a heartbreaking end to a 15 year (and two days) dream, I feel entirely lucky to have had this opportunity. Thank you for sharing it with me,” Gottlieb wrote in his final statement.