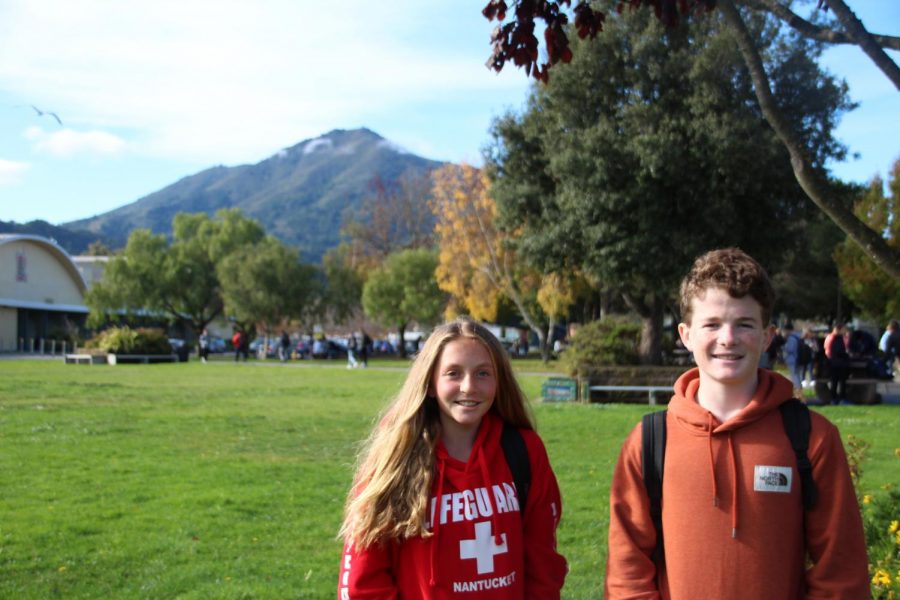 Imagine getting out of the car to go to school and one of your parents walks in behind you. To most, this might seem like one’s worst nightmare but to others, it is merely their reality. Current Redwood students Ray Hettleman and Zoe Curtaz, as well as former Redwood student Emma Jaime, all share the experience of having a parent who teaches at Redwood. These three individuals explain their uncommon reality, describing the perks and downsides to having a parent on campus.

Ray Hettleman, a sophomore at Redwood High School, describes what his life is like having English teacher, Steve Hettleman, as a father. As well as attending the school that his father teaches at for high school, Hettleman’s mother teaches at Kent Middle School, where he attended prior to Redwood. Hettleman’s experience is different than most due to the fact that much of his education has been with a parent on campus. This aspect of his life has impacted his dependency on his parents. Hettleman is unlike his classmates because he does not have to worry about something as small as bringing lunch or forgetting an assignment at home.

Hettleman enjoys the perks of his father being an English teacher, especially when writing papers for school. His father has always given him good advice regarding what to do in school. As a teacher, his father is very connected to the teaching staff at Redwood which has had benefits for Hettleman so far in high school.

“Because my father knows all of the teachers, many of them know of me before I have them as teachers,” Hettleman said.

High school can bring many challenges, sometimes fostering an uncomfortable environment, but for Hettleman, he feels like he has a safe place to go in difficult situations.

“I feel like if I ever experience anything negative at school, I will always have a place to go to and my dad to rely on. At the same time, I realize that I have to, later in life, become more independent and try to find my own ways of dealing with negative things,” Hettleman said.

A former Redwood student, Emma Jaime graduated three years ago and is now in her junior year at Occidental College studying sociology and education. She has dealt with similar experiences to Hettleman because her mother, Ann Jaime, teaches at Redwood. As a student, she never really thought about it day-to-day, but she also became accustomed to the benefits and drawbacks of having her mother work at her school.

“There were certain things that my mother knew about me that most 14 through 18-year-old girls did not have their mother knowing because she was in the school building with me at all times,” Jaime said.

Regarding her education, Jaime put pressure on herself to be a model student because she felt there was a higher standard for herself. To make Jaime more comfortable, her mother tried to give her space to be able to grow as a person.

“She tried to remove her parental role for the most part,(…) it would not have been healthy to have my mother know every interaction I was having in a day,” Jaime said.

Similar to Hettleman, Jaime was also very familiar with a lot of her teachers, especially the ones she had for history because her mother is a history teacher. Jaime was able to form relationships with teachers that her classmates did not have. When the history teachers gathered at her house for department meetings, she was able to grow acquainted with her teachers making her feel more comfortable asking them for help. Jaime was able to learn how to communicate and interact with her teachers at a young age. This life skill has been important for Jaime so far in college and will benefit her in the future.

“Having my mother there and having grown up with all these people [helped me] develop into a person who was comfortable being open and real with where I’m at and what’s going on around me. This is hard to learn, especially at age 13, 14 and 15, when everyone is still trying to put on a show that everything is perfect in life,” Jaime said.

Sophomore, Zoe Curtaz, is another student who understands the joys and frustrations of having her mother, Heather Curtaz teach at the same school she attends. Curtaz has had her fair share of awkward encounters due to her mother being a teacher. Last year, Curtaz met one of her friends while he was picking up trash as a punishment. She had later found out it was her mother who had given him that task. Despite some uncomfortable experiences, having a mother at Redwood was essential when she forgot to complete the backside of a math test. Her mother was able to proctor the test without her needing to come in early another day.

When it comes to discussing personal matters, Curtaz and her mother have found a way to keep their home and school lives separate.

“My experience is different from other people’s because my mom is with me at school. We try to keep personal and school stuff separate to keep a good balance in our relationship,” Curtaz said.

Ray Hettleman, Emma Jaime, and Zoe Curtaz have varying experiences when it comes to the one aspect of their lives they share in common. Despite having some frustrations, each student has come to appreciate their unique lifestyle. As Jaime has finished her days at Redwood, she has had time to reflect on her high school experience with her mother by her side.

“Coming out of Redwood and being in college now, I have the mindset that it is okay to go and ask for help when I don’t understand something in class,” Jaime said. “This was a lesson that a lot of my peers in college had to learn when they got there.”