Editorial: An open letter to Tara Taupier and the Board of Trustees 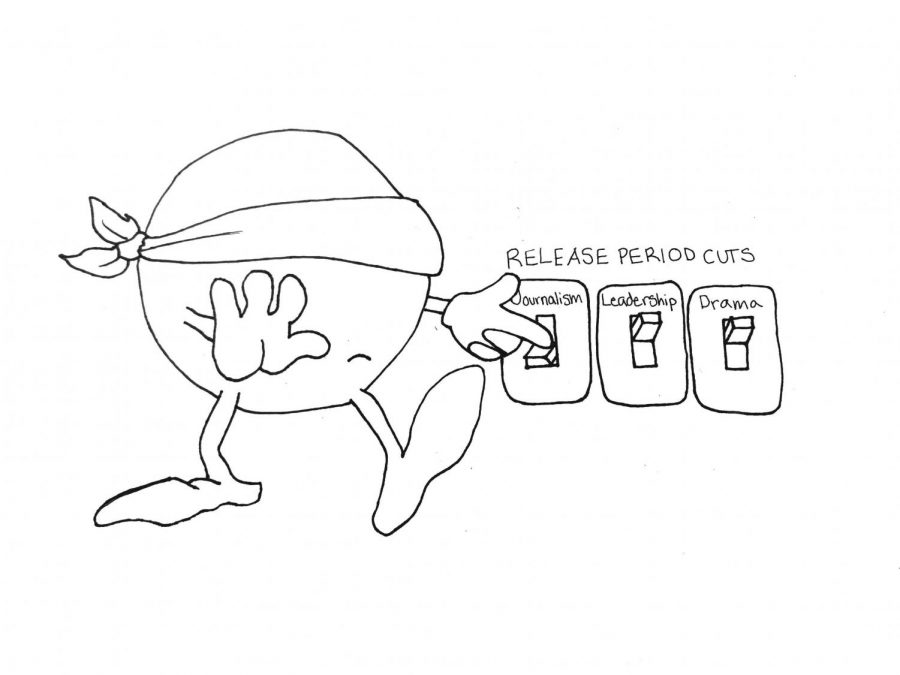 On March 10, following the failure of Measure B, the Tamalpais Union School District Board of Trustees gathered to vote on various budget cut proposals. Included in those proposals were the suspensions (cuts) of the Team Program and release periods for the three Journalism programs across the district. The meeting, which was described by Board President Leslie Harlander to have had “one of the biggest, if not the largest, turnouts that I’ve seen,” was marked by nearly two hours of passionate speeches filled with confusion, frustration and desperation from the community.

Ultimately, the process used by Superintendent Dr. Tara Taupier and the Board of Trustees failed our district by not properly exploring other solutions to our budget, not educating themselves on what they were voting on and allowing an uninformed vote to occur that will do more harm than necessary.

Before criticizing the failures of the Board and their process, it’s crucial to understand why the meeting was needed and what was actually voted upon. Earlier this March, Measure B failed to pass in the community, receiving only 63 percent out of the needed 67 percent of votes. As a result of the measure’s failure, the district must make $3 million in cuts this year in order to avoid dipping into the reserve funds of $16 million and deficit spending.

For Bark, these release periods serve as the backbone of our program. During this time, our four Editors-in-Chief meet with our advisor and create lesson plans. Removing that period from Bark is similar to asking two co-teachers to plan the same course but have different periods to prepare the curriculum. Additionally, release periods make up one-third of the total time that Bark has to create our newspaper. A lot more could be said about why Bark needs those release periods, but that’s not the point of this letter.

The Board voted four-one in favor of removing the equivalent of 6.4 full-time employees (FTE): 1.6 from Team and 0.6 from Journalism (one period is the equivalent to 0.2 FTE). Because the district is legally obligated to notify teachers if they will face a reduction of payment two months prior to taking action, those employees were notified on March 15, but the final vote will not occur until May 15. But, because of seniority, if a Journalism teacher loses a release period, they would take over a different English teacher’s period and that younger teacher would lose the period and payment.

The 6.4 FTE that could be cut were selected based on the subjects and schools the teachers of Team and Journalism are in, according to Harlander. Although the vote was not final, if the Board later decides that they would prefer other solutions instead of cutting the release periods for Journalism, it could be more difficult to do so because the teacher(s) of those new cuts may not align with both the subject and school reserved for a Journalism teacher. It’s certainly possible everything aligns, but it’s also possible it does not. If it doesn’t align, it would be like trying to fit a square block into a round hole.

What’s worse is that during the March 10 meeting, the Board emphasized to the public that the vote was not final and changes could still be made in the future. They did not acknowledge that although the vote wasn’t final, it could limit their options for the future. Either they didn’t fully understand the ramifications of the vote or they didn’t fully explain to the public those ramifications––both of which are unacceptable.

So now that we understand what happened, we have to understand the process of how it happened and how the Board failed us. Journalism was one of the first programs to receive cuts to its release period even though there are 14 release periods in the district: the question is, why? The Board has not provided an answer.

During the meeting, one of the Board members, Karen Loebbaka, even asked what other release periods the Board might consider. According to Loebbaka, that question was not answered until after the meeting. If the Board doesn’t even know what other options exist, they clearly did not search for other solutions. Two possible solutions are spreading the burden across all 14 programs with release periods, not just Journalism, or reducing Leadership’s two release periods to one. However, because some of those release period teachers may not fit into the predetermined positions carved out for the Journalism teachers, those solutions are now much more complicated.

The reason for the Board’s lack of preparation originates from their lack of planning for Measure B to fail. Harlander explained why the decisions had to occur faster than usual.

“This was done in such a rush because it became apparent that [Measure B] hadn’t passed, and I think we were all taken aback [because of this],” Harlander said.

When the measure didn’t pass, they presumably didn’t have enough time to pursue other options due to the March 15 deadline. Because of that, they relied on recommendations from a 2018-19 Fiscal Advisory Committee that was convened in order to plan for Measure J, an earlier parcel tax, not passing.

The committee was made up of 13 members: two teachers (the district would not release their names per their request), five parents, one trustee observer and other positions. According to Dr. Taupier, none of the members visited any of the release periods, meaning they recommended to cut specific releases without seeing for themselves what we would lose. How can the Board rely upon the recommendations of a committee that doesn’t understand their own recommendations?

We understand that everyone on the Board wants what is best for our schools. We also understand that the members of the Board have regular jobs and cannot devote all of their time to our schools. Ultimately, the fault lies not in them, but in our community for voting “no” on Measure B and forcing the district into this position. With that being said, the Board failed to make an informed vote in the best interest of our schools and consequently limited their options for the future. They relied on the flawed advice of a different entity and didn’t understand why certain cuts were prioritized over others when voting.

But we don’t entirely blame the individuals of the Board; we also blame the process. The current process relies on outside information directed by the superintendent, causing the Board members to not fully comprehend how the recommendations were reached and what other possibilities existed. This led to an ill-advised decision at the sacrifice of Journalism, one of the most, if not the most, nationally-recognized program Redwood has to offer. In the future, a greater effort must be made toward preparing for failures, fully exploring all solutions and informing our Board members of those solutions.

This letter is not here to change the Board’s decisions from March 10. This letter is here to help the future students of Redwood and fix the process by the time they arrive. Because they deserve better.