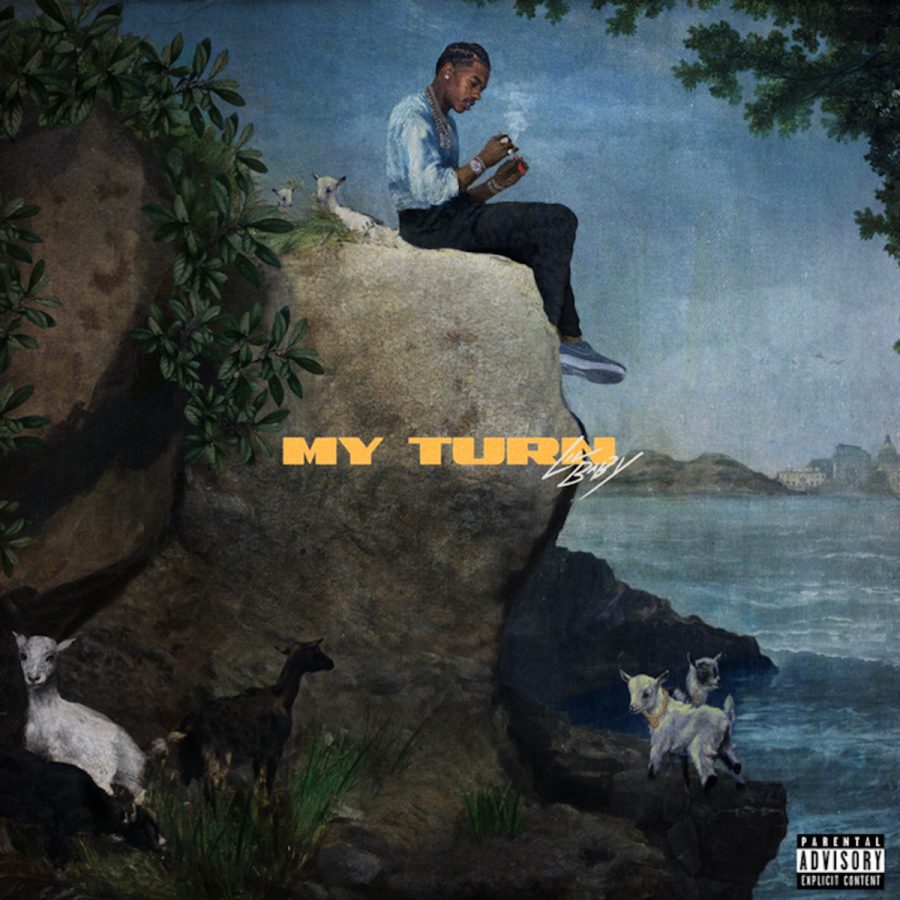 On Feb. 28, the hip-hop world finally got what they had been waiting over a year for. Dominique “Lil Baby” Jones has been subject to a big rise in the hip-hop ranks over the past couple of years and showed the world he was ready to take over by releasing his highly anticipated album “My Turn.”

The album has 20 songs that include eight features, which include big names like Gunna, Future and Young Thug and some smaller, more humble features like 42 Dugg and Rylo Rodriguez. The beats are produced by a handful of well-respected minds in the hip-hop world including Murda Beatz, Tay Keith and ATL Jacob.

In classic Baby fashion, the majority of the songs have fast-paced beats with a hard-hitting baseline and accompanying trap drums. Similar to most of the beats on this album, Baby’s lyrics are also very quick. While his messages revolving around breaking the law, growing up in poverty and having a gang affiliation are very repetitive, I was still very impressed with their technical aspects. With the large number of tracks and fast-paced lyrical style, Baby still effortlessly creates a massive volume of bars.

Although the majority of Baby’s lyrics were very overused, he did occasionally open up about some deeper topics. In “Emotionally Scarred” and “Catch the Sun,” Baby takes responsibility for his tendencies to ruin romantic relationships due to past experiences that make him cold-hearted. Additionally, in “Hurtin,” Baby reveals how much he misses his incarcerated friends and how his goal was to become famous to provide for his family and friends. This little glimpse of emotion shows that just like anyone else, Baby also has some soft spots.

One of the more impressive aspects of this album was Baby’s innate ability to create rhymes with a wide variety of words while still making the music fluid. Growing up in the projects of Atlanta, Georgia, the accent Baby developed has allowed him to excel in rhyming over the course of his hip-hop career. For example, Baby rhymes “over” and “coldest” in “Heatin Up” and finds a way to rhyme “best of him” and “Tesla” in “Live Off My Closet.”

While the vast majority of the songs on this album are creative and unique, there are a few tracks that miss the mark. Baby has a very consistent style of music with his on-beat rapping, fast tempo and quick lyrics. Because of this, he has to find some way to make each song stand out amongst the rest, whether it be a flashy feature, catchy ad libs or changes in the beat. The tracks that are not as enjoyable to listen to, namely “Hurtin” and “Can’t Explain,” are not as intriguing as Baby fails to add the finishing touch that make his other songs so unique.

Overall, Baby did an exceptional job with this album. Despite leaving a much-needed creative spark off some of the tracks, over 80 percent of the songs were catchy, rhythmic and altogether impressive. Do I think this album established Baby as the best artist in the hip-hop game? No, but he is sitting very comfortably in the top five right now. Baby does not hold the crown right now, but after this release, it is most definitely his turn.