Women Entering the draft: the next step towards equality in America 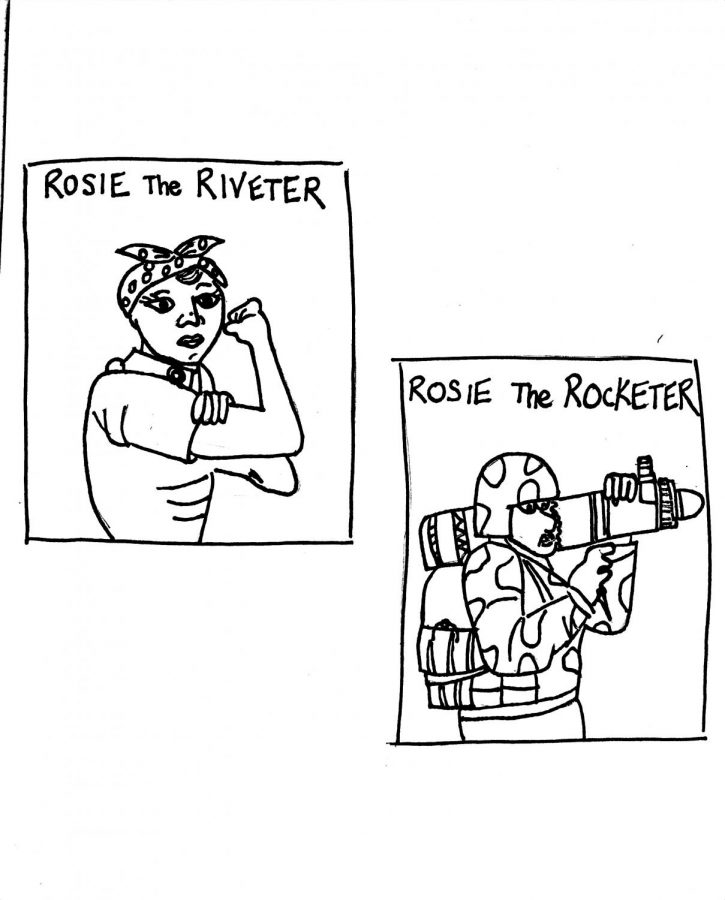 As our society has evolved, women have been able to gain equality and rights to participate in previously male-dominated civic duties such as voting and working to make an income. Women have pushed for equality throughout history, fighting against those who believed they weren’t strong enough or smart enough to compete with men. For example, in 1981, the Supreme Court ruled in Rostker v. Goldberg that Congress had a reasonable bias to exclude women from the draft because, at the time, combat positions were off-limits to women. Although this was a setback, women’s opportunities in the military have expanded dramatically in recent years. In 2013, the ban on women in combat was officially lifted and, in 2015, the Department of National Defense diminished all gender-based restrictions. Since women are now eligible to participate in all military service roles, there is no reason why they shouldn’t be required to register for the draft just like men. Female eligibility for the draft is long overdue and is one of the next steps for women to take in order to be held to the same standards as men.

Defense of our nation is a responsibility that all genders should share, regardless of the danger and inconvenience it might bring to them. According to the Department of National Defense, the selective service law requires male United States citizens and immigrants, documented and undocumented, to register for the draft within 30 days of their 18th birthday. Failure to register disqualifies men from receiving federal student aid, federal job training or a federal job. The government can also prosecute men who don’t register with a potential fine of $250,000 and up to five years in prison. It’s unfair and unconstitutional that men have to suffer these consequences and women do not. Current law prohibits American women from registering with Selective Service, the government agency that handles war registration, because they are not subject to the draft. Historically, women were not subject to the draft because they were prohibited from serving in the military and in combat. Now that women are allowed to participate in military services, it’s only right to include them in the draft. If women desire to be on the same playing field as men, then they must be willing to make the same sacrifices.

On Feb. 21, 2019, Federal Judge Gray Miller of Texas ruled that an all-male draft was unconstitutional due to the fact that both men and women have the same rights in the military, except for the fact that men are required to enter the draft and women are not. President Trump has stayed fairly quiet about the issue, although according to USA Today, in a 2017 memorandum to the commission studying the draft, Trump said he wanted to examine the possibility of modifying the Selective Service process. He stated it would be beneficial to leverage individuals in the nation with critical skills without regard to age or sex. According to the New York Times, since the majority of politicians agree that women should be involved in the draft process, all we would need to do is enforce it and include women in the Selective Service pool. As of now, only half of the population is eligible for the draft, but if women were accounted for, our military could advance in a new way with more skills to utilize.

Women entering the draft would bring a new perspective into the military, but some argue women are not physically and mentally prepared to enter the war and that fighting would be a very unnatural experience with which our culture has not prepared them for. Although this is true in some sense, there are a variety of jobs in the military that don’t involve fighting on the front-line such as air combat, nursing and strategic planning. In addition, before entering the military, women, just like men, have to go through specific physical training to determine whether or not they are eligible to be part of combat. Regardless of gender, if one meets all of the military’s standards, it’s only fair that they should be required to fight. In terms of safety, according to the Department of National Defense, fewer women meet the standards for ground combat than men, so many women would not even be required to take on the more dangerous roles in the military.

Women have worked endlessly to expand their rights over the years so it’s only just for them to continue pushing for equality. If females want to share the same benefits that their fellow male citizens are granted, then they also must share their burdens. Women will not be able to attain full equality unless they are willing to defend and protect America by entering the draft.