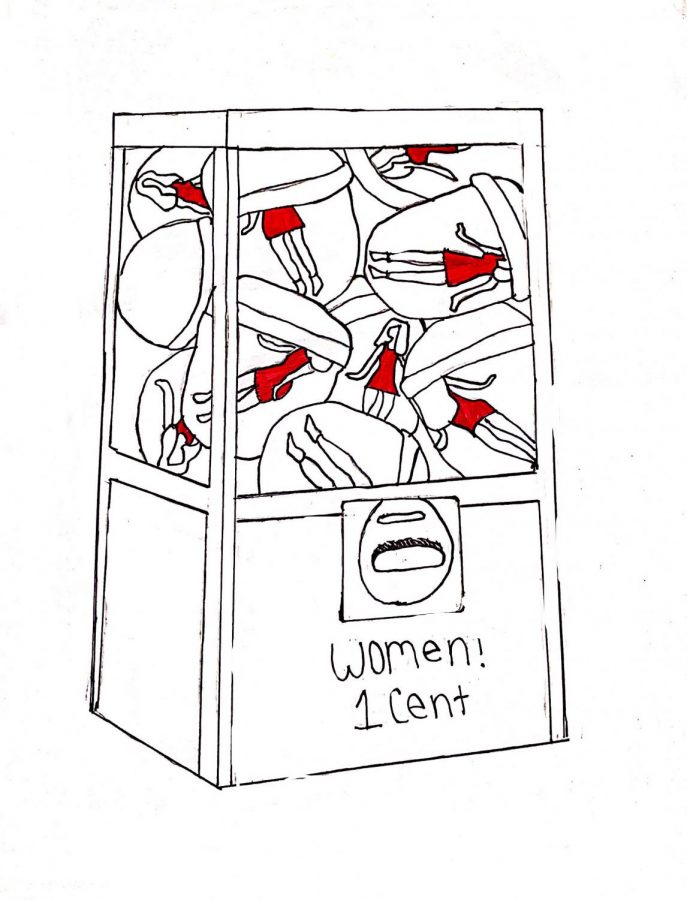 Online cult-ure affects more than just those involved: insight on one of the internet’s biggest problems

On May 23, 2014, a man named Elliot Rodger drove to the University of California, Santa Barbara, where he proceeded to pull out multiple weapons and used them to kill six people and injure 14. He then got back into his car and took his own life.

Beforehand, Rodger posted a video on YouTube complaining about being a virgin at 22. According to the British Broadcasting Corporation (BBC), “Rodger specified that he planned to target the Alpha Phi sorority whose members he had deemed the ‘hottest’ at his college, ‘the kind of girls I’ve always desired but was never able to have.’” This misogynistic ideology was inspired by the online group in which he had been involved for a while: involuntary celibates (Incels).

This is not the only instance of hateful, Incel-fueled murder, yet surprisingly, the reasoning behind the community is not widely known among the general population. As reported by Grinnel College, Incels refer to themselves as involuntary celibates because they feel it is not their own choosing to be celibate. They explained, “They portray women as shallow, brainless beings who would never look beyond appearances…Ideally, incels would be able to have access to women’s bodies whenever without any backlash—or input from women. Women do not have any worth unless they are sexually available to men, according to the incels.” Intensely strong ideologies such as this have attracted a large group of people in a cult-like fashion.

However, the word “cult” typically sparks the thought of the infamous Manson family, Jim Jones People’s Temple or Heaven’s Gate, not simple website forums. Merriam-Webster dictionary defines the word cult as a “great devotion to a person, idea, object, movement or work.” This definition not only applies to physical groups of people living in the same location, like the People’s Temple, but also large groups of people connected by the internet and a specific ideology.

Advancements in technology can be considered positive, but there may be some negative aspects including more opportunities for dangerous groups to arise through the internet. By contacting people from longer distances, it is significantly easier to gain a following. Steve Hassan, the founder of Freedom of Mind Resource Center and a mental health counselor who specializes in helping those in cults escape and recover, told Vice that exploitation tactics are being applied online more often.

“The younger generation has grown up on the internet. This is the fertile recruitment zone. They’re now more likely to be recruited in social media than in person,” Hassan said.

As high school students, technology is in constant use during the day at school, and at night to complete homework as well as spend time on social media and other online platforms. Some believe they would never be gullible enough to fall into a cult, but it is not as avoidable as it appears.

Rachel Bernstein, a therapist that has worked with victims of cults for over 27 years, said that no one intends to join a cult if they are not born into it.

“[The cults] will say that they do wonderful things for the world, and if you care, if you’re an idealist, an activist, you’re going to be able to do wonderful things, or they will claim to help cure illness. That’s usually what brings people in along with connection,” Bernstein said. “When [someone] gets involved in a cult, the people there are going to be extremely friendly. Sometimes people come back, even if they think it was crazy because the people were so nice and they were feeling isolated and lonely.”

Now that a lot of recruitment is present on the internet, looking into the different steps for forming physical and online cults in comparison shows that they are quite similar. According to Psychology Today, many cults start with a person creating their own reality with the “us versus them” mentality so they are separated physically and mentally with those outsiders. As time progresses, leaders become increasingly demanding. They encourage the “converts to bring in more converts.” Though these are only three of the main steps in forming a cult, they apply the most to internet cults as well.

This list of steps may sound difficult to fall for, but looking back at history, these methods have been used time and time again such as in the notorious Jim Jones cases or the Manson family. Jones’ persuasive manner influenced people to the point of mass suicide and the Mansons urged members to commit murder.

In the case of the Incels, their core belief that women are evil is caused by the lack of attention cult members have received from them.

According to the administrator for Incels.co, one of many incel platforms, who requested to be referred to as “Serge,” the community does not all share the same beliefs.

“Inceldom is a situation, similar to being obese or diabetic. It makes no sense to say obese people share a belief or that diabetic people love or hate a certain group, and therefore incels shouldn’t be equated as sharing any belief or ideas,” Serge stated in an email interview.

His statement loses credibility when scrolling through similar posts on their website as well as others, such as incels.net, another forum. One user on Incels.net wrote, “Anyone in California wants to start a band and make the music about killing women?” and other writing on Twitter, “Being raped is comparable to being turned down by several women.”

Every day, more violent or frightening messages are published online. The unchecked threats that come from communities like these are the most dangerous.

“[Cults] exist on their own. So there are no safeguards. There’s no ethics department that you can go to. There’s no one making sure that you are safe. The leader can do or say whatever they want to,” Bernstein said.

However, Serge feels differently about their free speech.

“We allow any and all politically incorrect language on the site. Enough websites and governments have taken it upon themselves to censor people’s thoughts, and we vehemently disagree with these actions,” Serge said.

Although some websites may intend to provide support, they also create the dangerous idea that what they stand for, say and do is right.

Surprisingly, all of these modern day “cults” are extremely easy to find, meaning that young people can accidentally stumble upon them and fall into their trap. 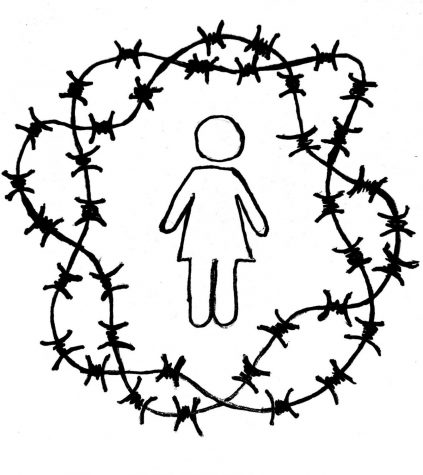 According to Amy Torchia, a San Anselmo based therapist specializing in trauma and eating disorders among other things, these websites are more dangerous for adolescents than older people.

“Young people are pretty susceptible to organizations. It’s a vulnerable time in adolescence because you’re moving away from your family and heading into the world, but there’s still a desire to belong to something like a family,” Torchia said. “Any group, whether online or something that’s kind of an organized group can be especially seductive.”

The internet shines a light into the future but with it comes great darkness. Without internet awareness or awareness in general, it becomes easy to fall into the hands of people waiting for a vulnerable, ignorant person.