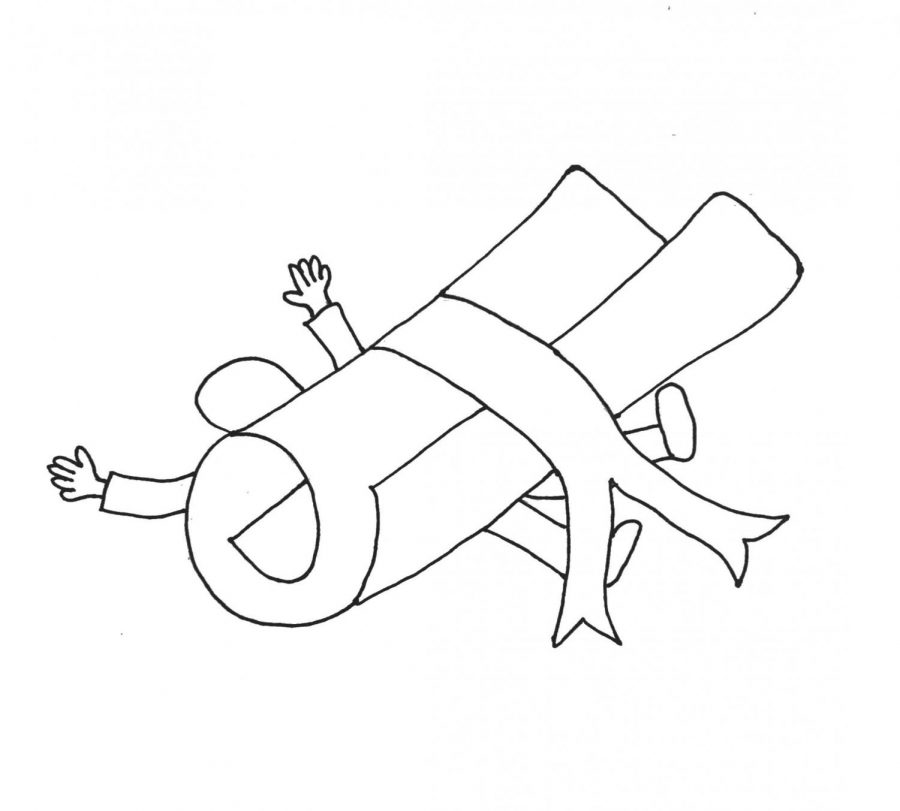 Free college. How amazing does that sound? From a student perspective, going through higher education without worrying about the massive burden of student debt seems like a dream come true. From a societal perspective, given that college is a positive externality, we should be encouraging as many people as possible to attend. With Senator Bernie Sanders as one of the two Democratic presidential candidates left in the race and his “free college tuition for all” proposal being one of the main talking points, “free college” is a close reality. That is something that should frighten us all.

Under Sanders’ current proposal, he plans to “make public colleges, universities and trade schools free for all” and “cancel all existing student debt.”

One of the fundamental problems with “free college” is that nothing is truly free in this world. Someone has to pay for it. In this case, it would be the American taxpayers. According to the German Ministry of Education and Research, when Germany transitioned to a universal tuition-free system, there was a 37 percent increase in college subsidy costs to taxpayers. To make matters worse, taxpayers who do not have a college education or children in college will have to pay for the education of doctors, lawyers and engineers—all professions with median incomes over $100,000. This essentially penalizes those not going to college, especially considering that these higher salaries after a college degree would offset the price of going to college.

We have already seen what happens when the federal government involves itself in subsidizing higher education. In 1978, Congress passed the Middle Income Student Assistance Act, allowing more students to apply for federal financial aid. Since 1988, the average price of college has increased by 163 percent, or two and a half times, according to the College Board.

A basic tenant of economic theory is that when any product or service is subsidized, then its price will increase as demand increases. Higher education is no exception. As Forbes contributor Pascal-Emmanuel Gobry said, “Everyone gets quoted a different price for airline tickets and hotel rooms because these businesses have high fixed costs and low marginal costs, and so they try to capture as much of the consumer surplus as they possibly can. It’s the same thing with colleges.”

In other words, college has a high fixed, or initial, cost, because building a college and initially hiring faculty is expensive. However, the marginal cost is low as adding another student to the class is very inexpensive. By increasing consumers’ willingness to pay through “free money,” they will pay more as a whole, especially with an inelastic demand for college today.

Another fundamental problem with “free college for all” is that the country would be avidly supporting the notion that going to college is the only viable path to success. While those with a bachelor’s degree earn roughly 66 percent more than those with solely a high school diploma, the truth is that only about 60 percent of college students graduate within six years, according to Cappex. This means that 40 percent of students pay for college without receiving the benefits of a college degree. Aggravating this issue is that only 41.2 percent of Pell grant (a need-based grant that does not need to be repaid) students, something that Sanders proposes to expand, graduate within six years, which is far fewer students than their wealthier counterparts. The reality is that not everyone is ready for college academically, college is not the right environment for every person to grow in or there are better opportunities that will help certain individuals succeed.

Additionally, some argue that making college free would allow disadvantaged communities an easier path out of poverty, but there are a few fundamental issues with this explanation. The average net tuition for families with incomes higher than $120,000 was $8,100 in the 2015-2016 academic school year, according to the Washington Post. This is roughly quadruple the $2,300 that families with incomes below $35,000 pay. The Washington Post estimates that if a free tuition program was implemented, 38 percent of the money would benefit families with an income of above $120,000, while only 8 percent would benefit families with an income of below $35,000 based on what both income brackets currently pay in tuition, further perpetuating the income gap.

Previous Democratic presidential candidate Pete Buttigieg summed up this notion when he remarked that, “As a progressive, I have a hard time getting my head around the idea of a majority who earn less because they didn’t go to college subsidizing a minority who earn more because they did.”

The current problem with attending college is somewhat related to price, but the underlying issue is the lack of higher educational preparedness, specifically in underprivileged communities. To address this, universal free preschool would be much more effective than universal free college. Not only would it be much less expensive to implement, but it would benefit students before their intellectual growth takes peak form. According to PBS, 90 percent of a child’s brain develops by the time they are five years old, or during the preschool years, and that these developments have profound effects on long term growth.

With the Democratic presidential candidate pool narrowed down to Senator Sanders and former Vice President Joe Biden, voters must understand the true consequences of their vote. Almost all current Redwood seniors and some juniors are eligible to vote in the general election in November, and with that vote, people have policies to consider. The allure of “free college” sounds too good to be true and that is because it is. It will hurt those in lower socioeconomic classes, those unprepared to go to college, those who choose not to go to college and every college graduate who worked to pay off their student loan debt. The burden is far too costly, which is ironic for something labeled as “free.”