High knees, quick feet and motivated minds: see how Stein-Erik Skaar gets the lacrosse teams ready for the season. 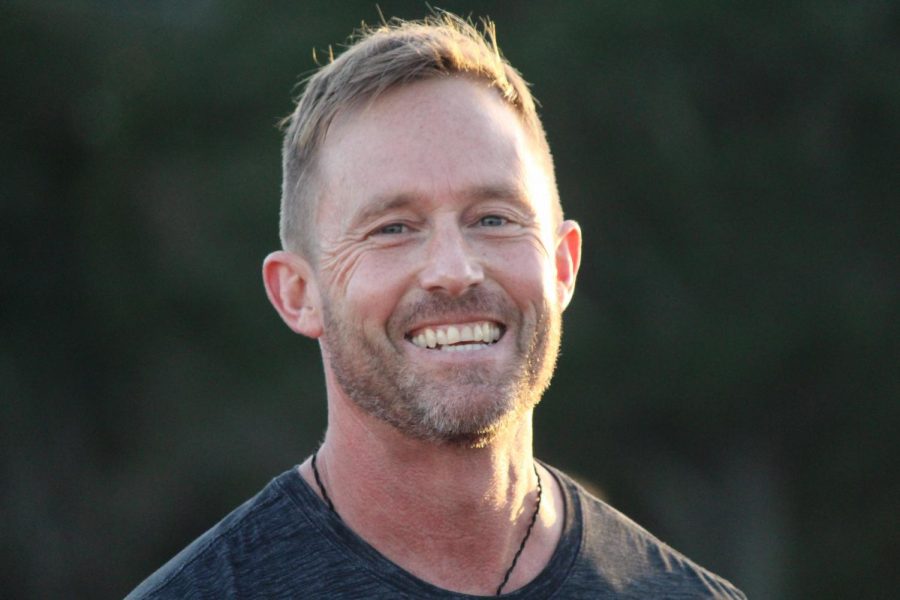 Every winter for the past eight years, the word “Stein” rings through the halls and floats off the lips of Redwood lacrosse players, standing out because of the connotation behind it: dedication, perseverance, struggle, power, strength, teamwork and lots of perspiration. But who is it that really stands behind that word?  Well, it is none other than Stein-Erik Skaar.

Skaar is a fitness enthusiast and personal trainer local to Marin. He grew up in the San Rafael school system, partaking in sports such as baseball, basketball, wrestling and football. After graduating from San Rafael High School, he played Division II football at the University of California, Santa Barbara. Because Skaar grew up with numerous different training and practice techniques, he now takes his vast experience in exercise, training and sports to motivate and encourage those around him through their challenges.

“It’s really important for us to embrace fitness even at an early age. And that’s why I’m so excited to work with teams like Redwood because I’m instilling a priority of fitness,” Skaar said.

Skaar has worked at six different fitness companies in the Bay Area, including the Mt. Tam Racquet Club, Now Yoga, Five Points Fitness and TRX. It was when he trained boys’ varsity lacrosse coach David Gross eight years ago that Gross realized the benefit Skaar’s training strengths and style could have on his boys’ team and invited Skaar to work with them. At Redwood, Skaar seems to have created a win-win situation for everyone involved as he works with both the team and coach to prepare the players.

“It was really fun for the kids and fun for me, and I think that coach David Gross saw a real benefit in what I was trying to bring to the table, not just in terms of physicality and the drills that I was running them through, but the attitude that I was bringing towards doing it,” Skaar said. 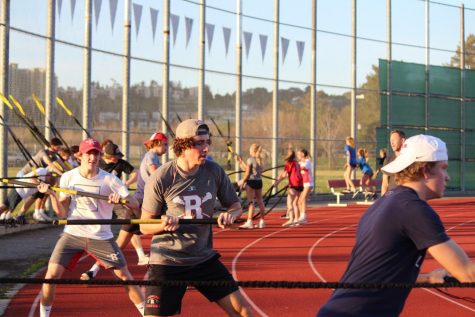 Now, eight years later, Skaar dedicates roughly three weeks during the pre-season to train both the girls’ and boys’ teams.

“We see it as an opportunity to get the kids in shape before they come out for tryouts because when you try out, the last thing you want to worry about is your conditioning,” Skaar said.

Senior Ryan Carlson has been playing lacrosse since fourth grade and participating in Skaar’s preseason workout training for the past three years. This season, he views the workouts with increased importance.

“This year, the season is shorter, so we really need to be in great shape because we have games starting a week after tryouts. [Skaar’s] practices really get our cardio back in shape, especially after not playing for six months,” Carlson said.

In the past, Carlson has seen that the effort his teammates put into training before the season makes an enormous difference in the long run.

“At the end of the season, it’s always clear that however much work you put into it will pay off in the end,” Carlson said.

Lauren French, a senior who has played lacrosse for nine years, enjoys the effort Skaar encourages out of each athlete and the long term benefits it has for the team.

“One of the things that he often tells us is that if we don’t want to be there, then he doesn’t want you to be there either,” French said. “If you are going to go out on the field for an hour, then you should work your hardest, or else it’s not really worth your time to be there.”

Skaar contests that when he looks back on his year full of training sessions, the days he spends with the Redwood teams always stand out as highlights. Whether it is rain or shine, Skaar always has a way to keep the players engaged.

“One year we did a workout on the grass field behind the football field because nothing else was available to us. And there were just the worst conditions over there. It was just mud, puddles, goose poop, sand, dirt, dog poop and who knows what else,” Skaar said.

But that did not stop Skaar from giving the team a chance to be active and joyful while staying committed to their training.

“I set up the workout anyway and ran the kids through it in the rain. It was so much fun. Those kids got so much out of that day,” Skaar said. “I think that if you were to talk to any of the kids in that class [from] three or four years ago, they probably look back on that workout as one of their fondest memories working out in their lifetime.”

French also has positive memories of another practice she participated in despite poor weather conditions.

“Last year, it was pouring rain and super muddy, and we had to practice on the field. The whole time he was just screaming at us to keep going. But he will also come up by your side and tell you what you can do better or what you’re doing really well,” French said. “You don’t stop [doing] this workout for 30 to 40 minutes, but when you’re finished, it’s super rewarding.”

After working with all different types of people who have goals of every nature, Skaar and his wife have opened up their own fitness center called Scarf Fitness. It is located down the street from Redwood at 1106 Magnolia Ave.

“I do a boutique, upscale personal training for one-on-one training or for small groups. We’re focused on bringing the best equipment, the best trainers, the best recovery methods, including massage, all under one roof,” Skaar said.

Skaar’s ability to provide individualized athletic advice and coaching for just about any sport is impressive in and of itself, but he also exhibits a true capability to motivate students.

“One thing that I’ve always pointed out to kids is that anything worth anything in life is worth suffering for,” Skaar said. “Anything that’s hard to achieve is usually the thing that is most worth achieving.”