Cancer doesn’t care if you’re rich or poor, but the healthcare system does 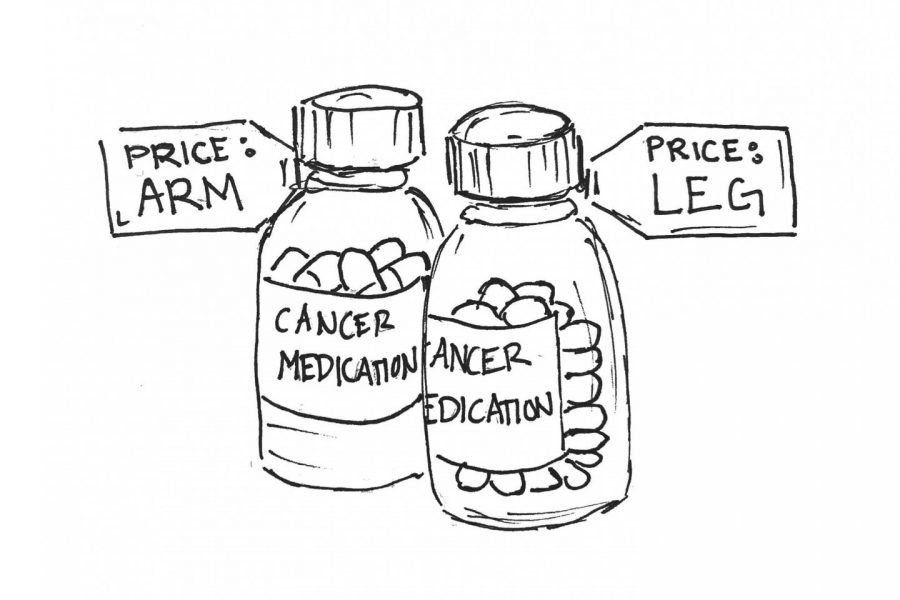 In March of 2019, after a year’s worth of stomach aches and sickness, my dad finally decided to have a colonoscopy. What he thought was nothing more than a few food allergies turned out to be stage three rectal cancer that would need months of chemotherapy, radiation and multiple surgeries to treat. However, before we knew all of this, the first step in his diagnosis was getting an MRI. His insurance told him that he would need to wait 18 days before he could get one, and when you’re not sure how long you have to live, waiting to get answers isn’t an option.

Unfortunately, this is how the health care system currently operates for many. Insurance providers, not doctors, make decisions about patients’ tests and scans. Instead of focusing on getting better, patients are often more worried about whether they will receive care and if they can even afford it. 1.8 million people were diagnosed with some form of cancer last year in the U.S. alone, according to the National Cancer Institute. Not only is cancer becoming more common, but the cost of cancer treatment is on the rise as well. And while it’s difficult to mandate that cancer drugs cost less in part due to the high price of drug development, there are many ways to help people afford them.

To improve the affordability of cancer treatment, all companies, private and public, should be required to provide paid leave to employees undergoing cancer treatment should they need it. Additionally, insurance companies should guarantee that patients can receive a CAT scan or MRI within 48 hours of a cancer diagnosis.

According to a 2019 survey conducted by the Mesothelioma Center, 63 percent of patients or their loved ones reported financial struggles following a cancer diagnosis. A person’s ability to afford treatment should not determine the value of their life, but the unfortunate truth is that it does. For many, the prices are entirely out of reach, with medical bills sometimes over four times a patient’s annual salary, according to the Mesothelioma Center. Even for those with insurance, out-of-pocket costs are projected to continue increasing.

One of the ways to combat the effects of this problem is demanding that cancer patients receive paid leave to help them afford treatment. A study done by the American Cancer Society in 2015 showed that cancer cost Americans ages 16 to 84 a total of $94 billion in lost earnings. Additionally, studies conducted by the American Cancer Society Cancer Action Network (ACS CAN) have shown that access to paid medical leave increases the patient’s chances of being able to make it to all appointments, manage symptoms, afford medications and ultimately complete treatment. Legislation should be passed that allows cancer patients to take paid leave if they feel they need it and if a doctor deems time off from work necessary. If companies were allowed to write off this expense under Workers’ Compensation, which allows them to qualify for a tax deduction, it would also decrease the likelihood that patients lose their jobs when they get sick. Companies would further benefit from this solution, as workers who stay home during treatment have a higher chance of recovering and may recover faster, allowing them to return to work sooner.

Even if the cost wasn’t an issue, the hierarchy within medical facilities is a barrier to those who need scans, tests and treatment fast. My dad’s experience highlights this issue. After being told by the insurance company that we would have to wait 18 days to get an MRI, a family friend, who also had cancer, advised us to go to the E.R. and ask for one. She’d had to do the same thing. That’s when I realized this experience was not uncommon. Although my dad received the scans in time to discover the extent to which the disease had spread, his story reveals that decisions a doctor should be making are put into the hands of insurance companies, which can be detrimental to patients’ health.

The first step to improving the efficiency of the entire system is making sure that patients can get the tests required for an accurate diagnosis so that they can begin their treatment and planning as soon as possible. Insurance companies should not be able, under any circumstance, to deny someone a CAT scan or MRI for more than 48 hours after the initial discovery of a tumor. Knowing what you’re dealing with is the first and most crucial step to beating cancer. The earlier people know, the more time they have to plan out their finances as well, which improves affordability.

Cancer can affect anybody, and it already hurts so many. While no one should have to watch their dad lose hope for survival while battling cancer, we can make changes to the system so no one has to lose a loved one because it was too expensive or their insurance didn’t cover it.