Looking back at the greatest moments of Kobe Bryant’s life 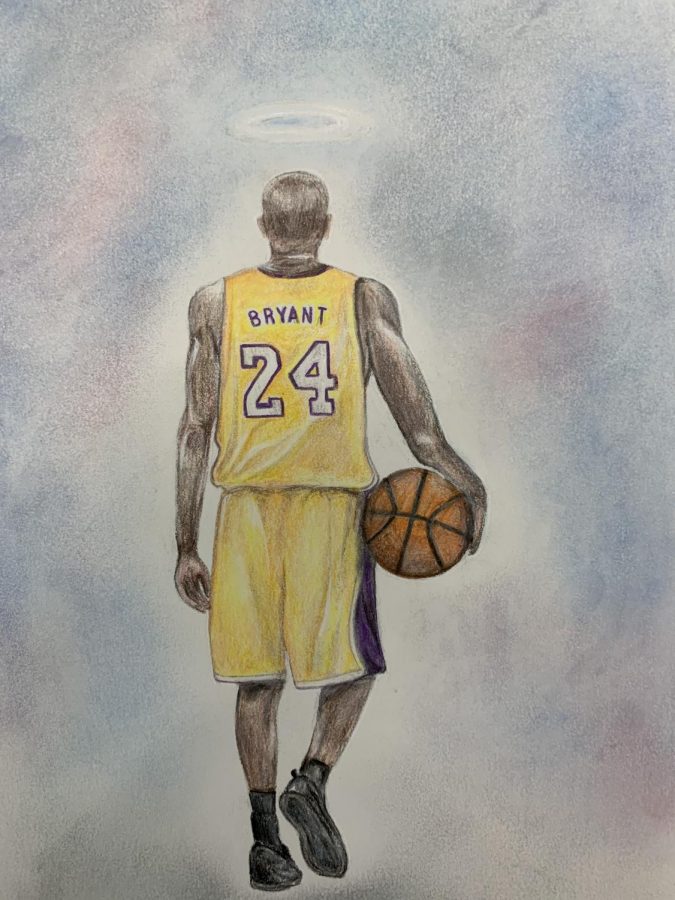 Just before noon on Sunday, Jan. 26, TMZ released the heartbreaking news that basketball legend, father and inspiration to all Kobe Bryant had been killed in a helicopter crash in Calabasas, California. Bryant was on the way to his own facility, Mamba Sports Academy, with his daughter, Gianna (GiGi), and seven others when the helicopter lost control and crashed into the mountainside. To Redwood students and sports fans around the globe, this news was truly devastating. In addition to Bryant being one of the best to ever play the sport of basketball, he was the fiercest competitor the sport has seen and a mentor to all. To commemorate the death of Bryant, we will be taking a look back at some of the greatest moments in his 41 year life.

Entering the National Basketball Association (NBA) Draft straight out of Lower Merion High School in Ardmore, Pennsylvania, 17-year-old Bryant was acquired by the Los Angeles Lakers. In his 1996-97 rookie season, Bryant came off the bench and averaged a respectable seven point six points per game (PPG) on only 15.5 minutes per game (MPG).

In the 1999-2000 season, Bryant won his first NBA championship with the Lakers alongside star center Shaqille O’Neal and legendary coach Phil Jackson. While O’Neal was the star of the show averaging close to 40 PPG in the series, Bryant played a big role in this first finals win, averaging 15.6 PPG at the young age of 21. In the next two years, Bryant and the Lakers won two more championships to complete the “threepeat.” In those two series, Bryant averaged 24.6 PPG and 26.8 PPG, respectively, earning him a seven year $136 million contract the following summer after contemplating a move to the Los Angeles Clippers.

In the 2005-2006 season, Bryant led the league in scoring with 35.6 PPG and put together one of the best performances in any NBA game ever seen. The Toronto Raptors visited Bryant and the Lakers at the Staples Center in late January where Bryant took control of the game and scored 81 points, 55 of which came in the second half and contributed to a blowout win. To this day, Bryant still has the second most points scored in a single NBA game ever, only behind Wilt Chamberlain who scored 100 in 1962.

Coming off of two straight campaigns with the scoring title (most points), Bryant took over the league once again in the 2007-2008 season averaging 28.3 PPG, five point four assists per game (APG) and six point three rebounds per game (RBG). After leading the Lakers to the NBA finals and losing to the Boston Celtics in six games, Bryant was named Most Valuable Player (MVP) in the NBA. While this was his only time claiming the award, Bryant accumulated 18 All-Star selections, four All-Star game MVPs, 15 All NBA selections, 12 All Defensive selections and the fourth most points in NBA history with 33,643 throughout his 20 year career.

In the 2009-10 season, Bryant captured his fifth and final championship ring averaging 28.6 PPG and eight RPG in the series. He was awarded Finals MVP for the second straight season and became one of 26 players in the NBA to ever earn five championship rings.

At the end of the 2015-16 season, Bryant geared up to play the final game of his NBA career in the Staples Center against the Utah Jazz. Averaging only 17.6 PPG that season, no one expected anything spectacular from Bryant in his retirement game. However, he shocked the world as he scored 60 points to defeat the Jazz and then proceeded to give his infamous post game speech, ending with, “Mamba out,” and a mic drop.

On March 4, 2018, Bryant won his first award outside of basketball when he received an Oscar for his animated short film “Dear Basketball.” This proved that Bryant was much more than an athlete and was truly a creative genius. His work ethic was unmatched and his will to win pushed everyone that knew him to be the best at whatever they were doing.

While Bryant may have passed, his legacy, and words of wisdom and encouragement will live on forever. Rest in peace, Kobe.