Out of the OARdinary: Matt Wagner falls in love with the competitive nature of rowing 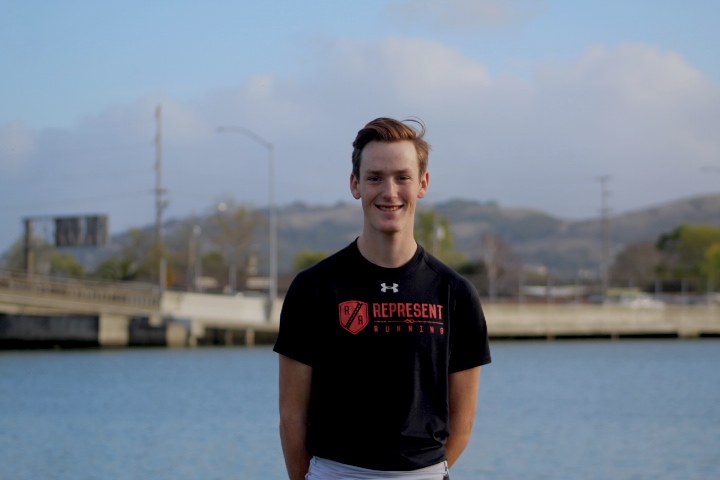 Not only is Matt Wagner a top rower at Marin Rowing Academy, but he is also the second fastest junior rower in the nation.

Nine months of club season. Nine months of training. Nine months of erging, sweating and improving. Despite the excessive work required, rowing can become addictive for a variety of reasons. In the case of junior Matthew (Matt) Wagner, the feeling of euphoria he has when he challenges and pushes himself is what makes the struggle worth it.

Matt has been surrounded by rowing ever since he was a child, as both of his parents rowed for San Diego State University and the Marin Rowing Association (MRA) Masters Team. Matt, however, did not start rowing until the summer before his freshman year when his dad began to take him out on the water. He later joined the team as a novice (first year) boy that same fall. According to Matt, the sport was significantly harder his first season, as it pushed him outside of his comfort zone.

“Rowing’s a very tricky sport when you first start out. There’s a lot of technical points that you need to get down before you can really start rowing [that] take about a year to really get. It can be frustrating but also a fun challenge, being so alien in the way that we normally move,” Matt said.

Despite this, Matt was an immediate stand out rower. According to USA Rowing, the ideal time for the U17 National Racing Development Team 2k is six minutes and 40 seconds. Within his first year, Matt was already beating this with a time of six minutes and 33.4 seconds. During his sophomore year, Matt was a part of the varsity eight, the top men’s boat. The eight made it all the way to the Youth Nationals, where they placed fifth.

This year, Matt hopes to earn a spot on the varsity eight again by continuously putting in the dedication needed to be a top rower. According to college recruiters from the University of Pennsylvania and Yale University, Matt is the second-fastest junior in the nation. Matt’s indoor rowing skills also stand out amongst his competitors, with a current best time of 6 minutes and 13.8 seconds for his 2k and a 6k of 20 minutes and 1 second. While all the top men at MRA are hardworking and competitive athletes, teammate Zeke Johnson especially appreciates Matt’s work ethic.

“Whenever we are doing anything, he is always pushing himself more than most people. He pushes his limit no matter what, even if the [workout] is simple or he’s tired,” Johnson said.

Matt’s dad, Robert Wagner, credits Matt for becoming more confident in his rowing as well as being a leader for his teammates. Robert is extremely proud of how far Matt’s come since he first started rowing.

“[Rowing’s] a hard sport; there’s a lot of ups and downs, but he’s been able to get past them all,” Robert said. “He made huge progress [his first year] and had a great work ethic that he’s maintained. Since then he’s continued to transform himself. He’s gotten a lot stronger and fitter, which has made him faster.”

Matt recognizes the progress he has made since freshman year. He hopes to continue this upward trend, eventually rowing for the National, Olympic and World teams. Although he knows that the sport will increase in intensity as he works toward his goals, the difficult workouts and long distances are some of what Matt loves most about rowing and are part of the reason why he is so successful.

“The main thing [that I love about rowing] would be the challenge. The physical challenge is really painful, and there’s a lot of hard times that come with it, but then the successes because of those [moments] are so much more fruitful and feel so much better,” Matt said.