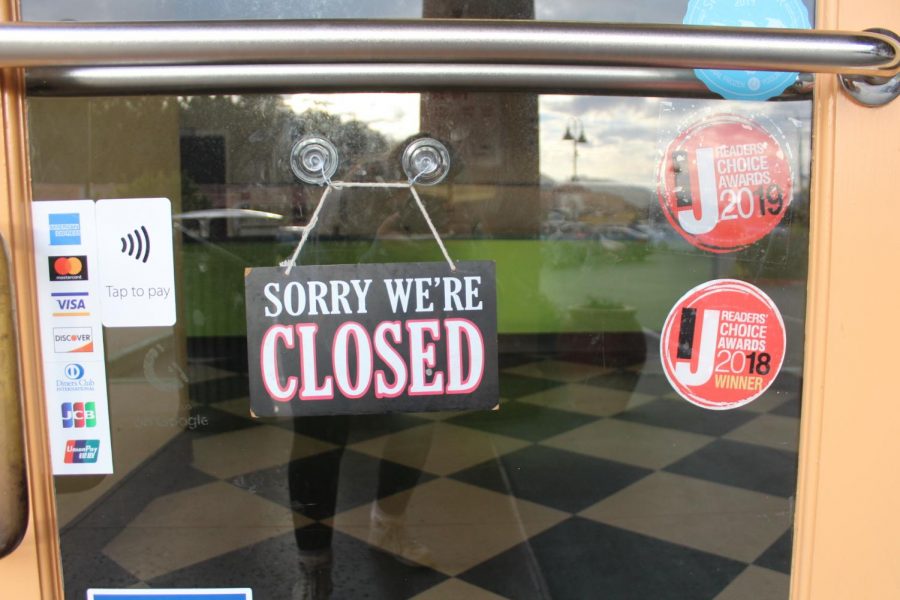 Co-owners and father-son duo Michael and Brian Woodson opened their first Woody’s Yogurt Place in 1998 on Main Street in Tiburon. In 2001, they moved their business to Strawberry Village. Michael, the primary owner, opened the store to stay close to his family.

“My dad started the business because, at the time, he was caring for my grandmother. He wanted a business that he could operate that allowed him to stay close [to her],” Brian said. “As a family, we talked about something we could do, and the idea of an ice cream shop popped up.”

However, the high rental cost of the store caused financial issues. The landlords raised their $100,000 yearly rent to $110,100 as of Feb. 1. In an effort to combat the rising rent, the Woodsons tried a variety of methods to increase their revenue, offering deals such as a lunch special and adjusting their prices, but their efforts weren’t enough.

“The cost [of the rent] just kept rising, and, unfortunately, it got to the point where we just couldn’t manage it anymore. My dad tried, on many occasions, to negotiate with the landlords, and they were not willing to do anything to assist,” Brian said. “So, ultimately, as a family we had to make the decision to close Woody’s, which was not a decision that we wanted to make.”

Junior Eloise Reese worked at Woody’s for four months before it closed and is now affected greatly because of the recent closing. She lost her job, as well as a place to spend time with friends and eat delicious ice cream.

“Woody’s was my first actual job, so I am always going to remember that. I really loved working with the other students from different high schools. I just felt like I was part of the community [when working at Woody’s] because it has been [in Marin] for so long,” Reese said. “I was really sad and surprised [when I heard about the closing] because we only had a four-day notice, and I loved working there.”

Junior Graciana Ratto, a regular customer, was very upset once she heard Woody’s was closing. Ratto, like many kids in the county, grew up with Woody’s as her favorite ice cream store and was heartbroken to see it close. She was also at Woody’s the day of the closing. The line was out the door.

“It’s really sad [Woody’s] is gone, and I can’t go back there anymore,” Ratto said. “Woody’s was a place I could always go. It was right by my house, so it was really easy [to visit]. Now, I forget that it’s not there, and it’s just sad, because [Woody’s] was pretty family-based, and a lot of kids went there.”

Although the loss of Woody’s will affect many locals, the Woodsons are hoping to open a new store outside of Strawberry.

“It is definitely the end of Woody’s at Strawberry Village; that I can say with 100 percent certainty. As far as continuing Woody’s, we sure are hopeful that we can continue Woody’s, but when you close down a business, there are a lot of financial and legal things that you have to work through,” Brian said. “Perhaps in a year or so, we will be in a much better position to make the decision [to open again].”

Brian will miss a variety of aspects about Woody’s, but he is still optimistic he can recreate that same energy in a new location.

“[Woody’s] was a very special place and you can’t duplicate that, but you can definitely try to continue it somewhere else, and that is the hope,” Brian said.