Satire: A letter addressed to the former Duke and Duchess of Sussex: why you should have moved to America 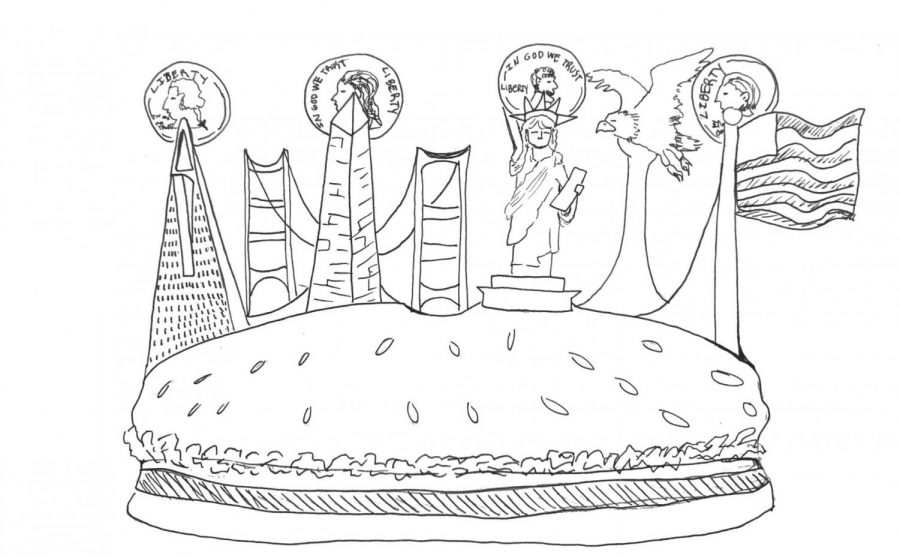 Only recently did we learn from across the pond that the “British were coming” once again. The news that you, the Prince and Princess, would renounce your titles and come to North America filled everyone in the United States with anticipation. However, when your statement declared “North America,” we didn’t realize you meant…Canada. Now, frankly, we feel cheated of the royal treatment. We watched all of “The Crown!” We are willing to let you fix this royal mistake, so while you deliberate, here are some reasons why the United States is far superior to Canada and should be your new place of residence.

1.  Americans love accents. As a bonus, we are also incredible at doing them. So if you ever get homesick, an accurate Cockney accent is easy to come by, effectively making you feel as if you never left.

2. People in America can make money by literally doing nothing. You don’t even need talent, so you both are already a step ahead. For instance, if you move to Hollywood for Ms. Markle’s acting career, there is no need to network like we saw you do with the CEO of Disney. If you have fame and money, those voice-acting jobs will come. If the Kardashians can make it, so can you!

3. America has real football. None of that, “Do you mean football or do you mean soccer?” business. Of course, our version is far superior. We have days full of eating, cheering and enabling misogyny. Off our television screens, our favorite athletes also feature on all types of advertisements, food and clothing. You would both look so great on a cereal box.

4. We are aware that being a part of the Royal Family comes with many strict rules concerning your social media presence. In America, social media is so vital, it’s how we get our news. Most of the public (including Congress) learns about what is going on in the White House from Twitter, where no news is fake.

5. We understand you are also looking to be financially independent. Lucky for you, America has one of the most supportive healthcare systems! As most Americans can attest, nothing screams “freedom” like the uncertainty of having health insurance. When in a health emergency, we prefer taking Ubers over ambulances; not because of costs, but because that way we get to rate our rides.

6. America is also one of the best places to grow your family. Women are given little to no paid leave after giving birth because we understand how important it is to show your baby the American spirit early.

In this message, it would be unfair to not address the positives of Canada. The land of maple syrup gave us poutine, both Ryan Gosling and Ryan Renyolds, hockey and another scandal-free, unproblematic leader like our own. But we have maple syrup too! Vermont is the number one supplier of syrup in the U.S. Sure, no one has been able to prove if the state actually exists, but both of you would love it. You both would belong anywhere in the country. In fact, America is known for its hospitality towards immigrants.

The major elephant in the room is that there is a national holiday celebrating the breakup between America and England. We understand our breakup was pretty messy. Tea was spilt, blood was shed and taxes were not paid. So sure, if you need some time to literally cool off in the polar landscapes of our neighboring country, we understand. We know what it is like to separate from England. So when you are ready, we are ready to welcome you both with open arms.

The superior country of North America