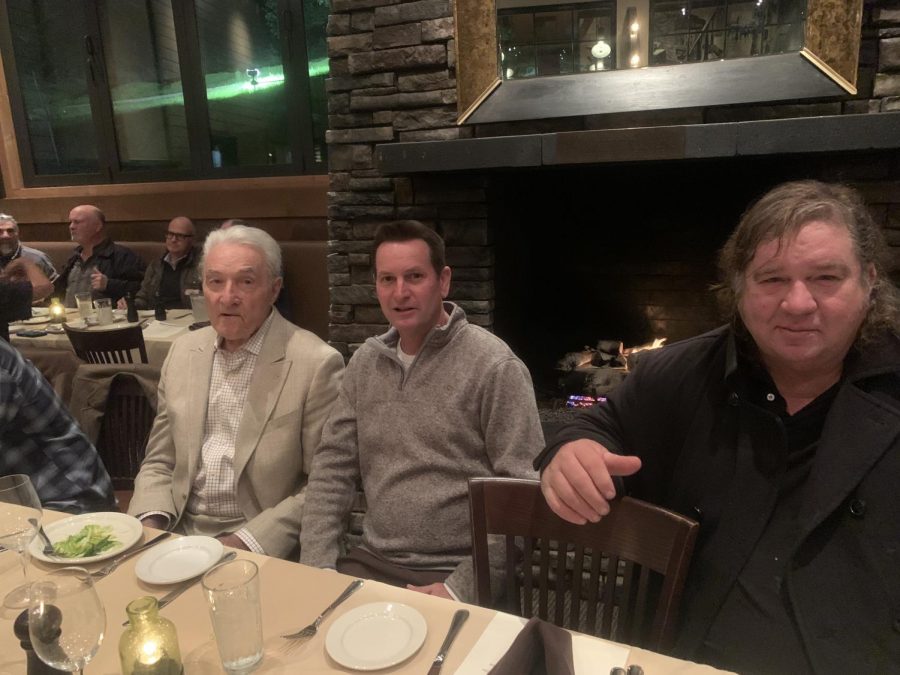 When someone has played baseball at Redwood, renowned former coach Al Endriss says that they can walk around Marin County and feel proud to have played for such a successful program. A fundamental part of this is the team’s historical past, Endriss, who began coaching at Redwood in 1958, led the team to 10 consecutive Marin County Athletic League (MCAL) championships as well as a national title, making a name for Redwood High School across the country. Now, 38 years after his retirement, Endriss is still admired by his former players, including current head coach Mike Firenzi.

On Jan. 18, Firenzi hosted a baseball alumni dinner at Wildfox Restaurant in Novato in Endriss’s honor. The night also served to commemorate the team’s achievements and bring together players from the classes of 1959 through 1983.

Furthermore, according to Firenzi, the night was about bringing to light the rich history of Redwood baseball for players currently on the team.

“I believe history is big for student-athletes, especially with history this rich in tradition and what came before you. That was the main thing behind it [as well as] to let these guys get together because some of them haven’t seen each other for 30 years,” Firenzi said.

For Endriss, the importance of the event lay in all of the people who were there.

“We could [have been there] all night telling stories. It’s lovely seeing how they’ve all turned out. It also means a lot that they would come back and want to see me. That made me feel good,” Endriss said.

The impact that Endriss had on all of his former players was on full display Saturday night. Steve Fainaru, an acclaimed journalist as well as a Redwood baseball alumnus, said that Endriss had had a significant influence on most everyone at the event, including himself.

“More than anything, he was a mentor to a lot of people. I think that’s one of the reasons why 40 years later, you see this many people turning out to honor him,” Fainaru said.

Fainaru’s brother, Mark Fainaru-Wada, is also a successful journalist and former Redwood ballplayer. Although Fainaru-Wada was never able to play for Endriss, he is well aware of the impact Endriss has had on many players.

“I’ve heard from all these guys in the room and Steve that he had a program that was all about respect, about doing things the right way. I think all of these guys will tell you that that has stayed with them for their whole lives,” Fainaru-Wada said.

Frank Ferroni, one of Redwood’s all-time best pitchers and another alumnus who attended the event, said that he transferred from Tamalpais High School for his junior year because of Endriss. He knew that if he wanted to pursue baseball after high school, he had to play at Redwood under Endriss’s coaching.

Even today, Endriss tries to inspire those who currently play for Redwood. While he no longer coaches the team, his advice for players is more valuable than ever.

“Enjoy yourself. It’s a great game, baseball. Don’t let it overwhelm you. Go out there and be confident. When you put the Redwood uniform on, you’re [already] winning,” Endriss said.

Firenzi shares this same confidence in his current team and believes they can win their third consecutive MCAL title in 2020. The varsity team’s first game of the season will be at home against Montgomery High School on Feb. 25 at 3:30 p.m.