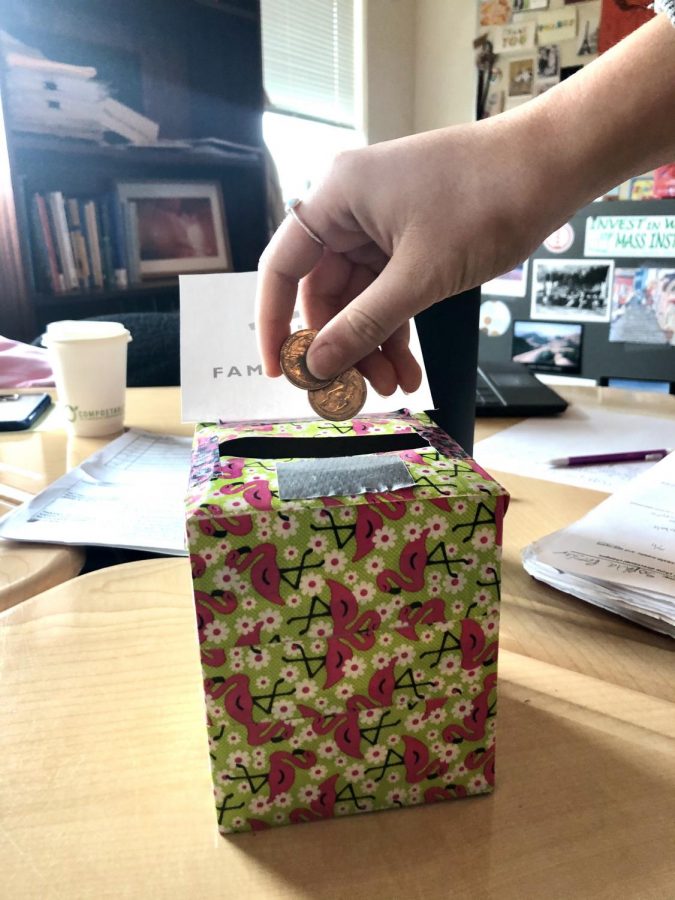 Donation boxes were available in SMART classrooms, the CEA and room 107 from the first Thursday in Nov. to Dec. 5.

“It’s not just families in Marin or the Bay Area that seek treatment from UCSF, it’s also people from all over California. Someone could live two to three hours away and need treatment from UCSF but can’t find a place to stay. That’s when Family House is there to help,” senior Josh Chan, Associated Student Body (ASB) President, said.

Every semester, the service-based subcommittee of the Leadership class chooses an organization to hold a schoolwide fundraiser for. This semester’s organization was Family House San Francisco, a nonprofit that provides temporary housing for families of children undergoing medical treatment at University of California San Francisco (UCSF) Medical Center. Donations began the first Thursday of November and lasted until Dec. 5.

“Cancer affects my family, and knowing the pain that these families go through really made me want to help… Starting this fundraiser at our school and doing as much as we could for this organization that has a really strong mission seemed like a no-brainer,” Chan said.

According to Jessica Creager, Chief Financial Organizer and Human Resource Manager at Family House, the program has met the rising demand of families seeking UCSF treatment. When they first opened in 1981, their building on Irving Street in San Francisco held only ten families. Over time, they opened a second house that held an additional 24 families and, they now have one location in Mission Bay that houses 84 families. Providing four kitchens, a daily continental breakfast, toys and a counseling department, Family House aims to create a home away from home.

“Family House fills such an essential need. Every day that I come to work and see the families’ gratitude for being able to stay with us free of charge is the [most rewarding] thing,” Creager said.

The emotional and financial support that Family House provides is extremely meaningful for Chan, so he wanted to personally do something to motivate students to donate. He promised to shave his head if Redwood reached its $5,000 goal and consistently posted videos on his social media to raise donation awareness. Additionally, he offered students to Venmo him if they did not have cash and then he would deposit it. As an incentive to raise money, the three homeroom classes who raise the most money will win a bagel breakfast.

According to Leadership teacher David Plescia, after the funds are collected, a cashier’s check is written along with a letter from Leadership. The funds are then granted to Family House.

Aside from monetary donations, students can donate new books and toys, non-perishable foods, Safeway gift cards and more. According to Creager, their robust volunteer program allows for people to get involved in many ways and contribute to the positive environment Family House aims to create.

“At Family House, we’re always so used to people going through these struggles. People would think it would be sad, but it’s actually a really happy place,” Creager said.