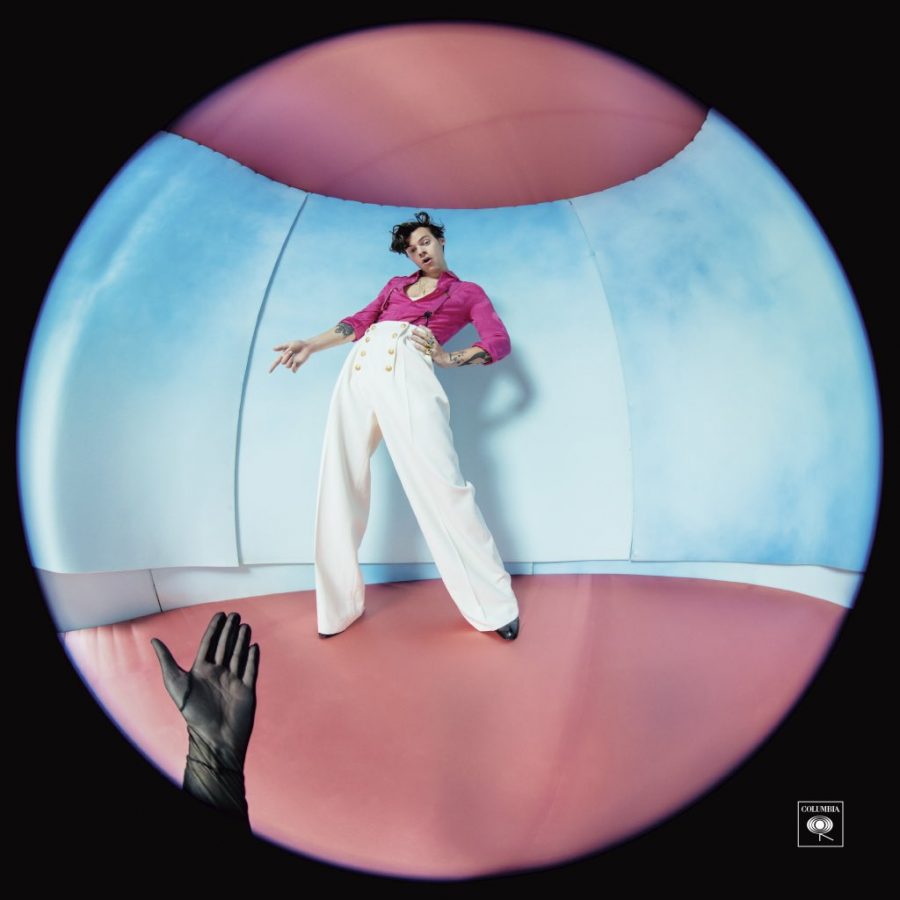 Initiated into the world of music as a member of the hit boy band One Direction, Harry Styles has since broken off from the group to pursue a solo career. Despite his previous fan base, Styles has rebranded himself as a rock artist, garnishing his first debut single “Sign of the Times” with celestial gold inspired by the 1970s.

Highly anticipated, it is a relief to report “Fine Line” also strays far from a typical pop radio album and instead incorporates signature rock sounds of the 1960s, ’70s and ’80s. Radiating in his flowy white trousers and fluorescent chest-baring shirt, the cover photo streamlines the vintage, mature and raw tone the album portrays through each song. Within the album said to be “all about having sex and feeling sad” as stated in his recent Rolling Stones article, Styles also addresses the importance of self-confidence in the face of difficulty. 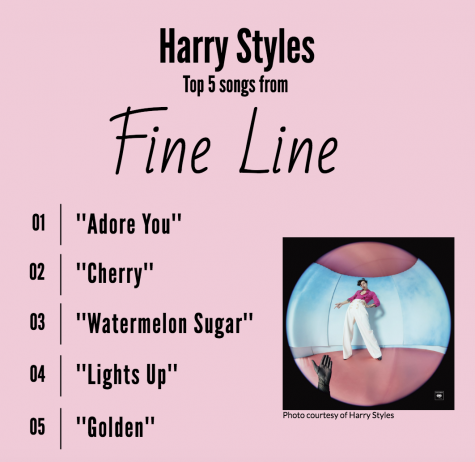 The opening track “Golden” kicks off the album as a happy charmer, dropping tangy tamborine clangs between the choruses. With an old-school style, Styles sets a soulful mood for the rest of the album. The upbeat attitude continues throughout, sprinkling beachy, sanguine vibes into his song “Sunflower, Vol. 6” as well.

Besides the vintage electro beat of “Lights Up,” there are a couple distinct modern outliers strewn into the album. With a trembling bass and straight-forward chorus, “Adore You” is a danceable, breezy song ready to stick in your head for days. Resembling bands like Maroon 5 and Coldplay with its catchy verses and funky background guitar, “Watermelon Sugar” is also destined to top charts, even though the chorus is somewhat repetitive.

After the release of his previous album, Styles complained that his lyrics didn’t express his emotions enough and in creating “Fine Line” he was determined to do so without barriers. Using his recent breakup with Victoria’s Secret model Camille Rowe as his most prominent inspiration, fragments of their relationship are hidden in each of his songs. Especially evident in “Cherry,” Styles exemplifies the effect the breakup has had on him. Slowing down the album, he puts a ghost-like effect on the past relationship and expresses his heartache knowing Rowe has since moved on to her current boyfriend Theodorakis Niarcho. Singing “I, I confess I can tell that you are at your best/I’m selfish so I’m hating it,” Styles boldly describes Rowe’s daily influence on him and that letting her get away from him was a mistake he continues to hate himself for.

With desperate, raw emotion pouring through every lyric, Styles has us on edge already waiting for the next album to drop. I would highly recommend this album because although it focuses on the unpleasantness of breakups, it also discusses the importance of finding yourself and figuring out how to stitch yourself back together in order to be happy, something everyone can relate to and learn from.