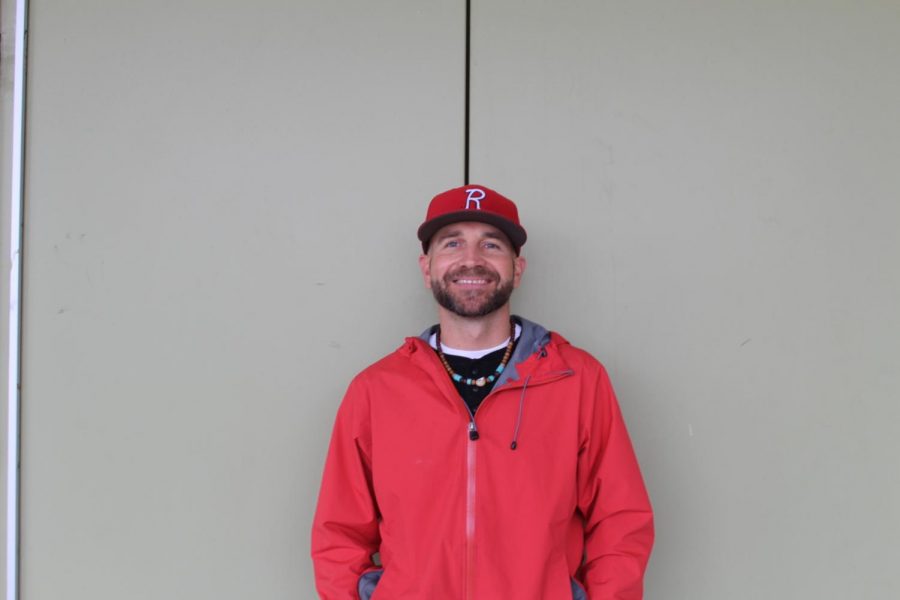 After 13 years of being a staff member at Redwood, Todd Van Peursem still smiles with passion and devotion to the community.

“I’ve never once woken up here, at home, and been like, ‘Dang, I don’t want to go to work today.’ Not once. Every single day I wake up, it’s a new day. It’s a fresh day, no matter what,” Physical Education teacher Todd Van Puersem said.

After almost 13 years of teaching at Redwood and a decade of traveling abroad, Van Peursem has become a role model and a best friend to many on campus by creating a safe and welcoming environment. Throughout his teaching career at Redwood, Van Peursem has connected with students from all corners of the community through various leadership roles.

“He is constantly encouraging us, and he never judges us. He created this really safe environment for me, which allowed me to explore more about who I am,” Orrick said.

Despite the transition from being a Spanish teacher to a PE teacher, Van Peursem continues to inspire students through his actions and teaching philosophy as well as his contributions to the Redwood community.

“I was a youth developer in the Spanish classroom, and now I have a different way to access the youth of today through physical education. The trips are a big part of who I am as a global citizen and as a person, and that’s what inspires me day in and day out to be the best version of myself that I can be,” Van Peursem said.

This year, Van Peursem will be leading a group of 30 students to the Dominican Republic to further his passion of being an active community service leader and an inspiration to many.

“The greatest part about this sort of travel is that it allows you to see things through a different set of eyes, and what is real to you back home may not be real to somebody else across the seas,” Van Peursem said.

Van Peursem has not only been a mentor to several of his own students over the course of his teaching career at Redwood, but he has also been a pillar of support for students outside of his classroom. According to Van Peursem’s close friend Lili Gibson, a senior who met Van Peursem in her sophomore year, he was one of the staff members at Redwood that stood out to her the most when they first met.

“He was really unlike any other teacher at Redwood in that he wasn’t so caught up in a student’s academic performance. He wanted to know about their lives, and he valued their strengths and what they could get inside and outside the classroom,” Gibson said.

Gibson also believes that despite some students never having Van Peursem as a teacher before, he is still able to form strong relationships with them outside of his classroom because of his radiant personality.

“He understands that not everybody can be the cookie-cutter model of Redwood students and that everybody has their own strengths,” Gibson said.

According to Gibson, in a community where academic, athletic and personal success is highly valued but challenging to achieve at times, many students appreciate Van Peursem’s ability to listen, understand and relieve some of the pressures that high schoolers face every day.

Many students, staff and parents also recognize Van Peursem for his diligent and inspiring work with the annual Pulsera Bracelet Project at Redwood. In just the first three years of the program, Redwood has raised over $10,000 to provide support for developing villages in Nicaragua and Guatemala through the nonprofit organization.

“I try to find people who share similar visions that I have: wanting to impact positive change in the lives of our global citizens,” Van Peursem said.

Through the Pulsera project, Van Peursem has been able to emphasize unity and community in his classroom and all of Redwood.

Whether he’s a Spanish teacher, a PE teacher, or a travel leader, Van Peursem does not let his job title determine the extent of his impact on various communities.