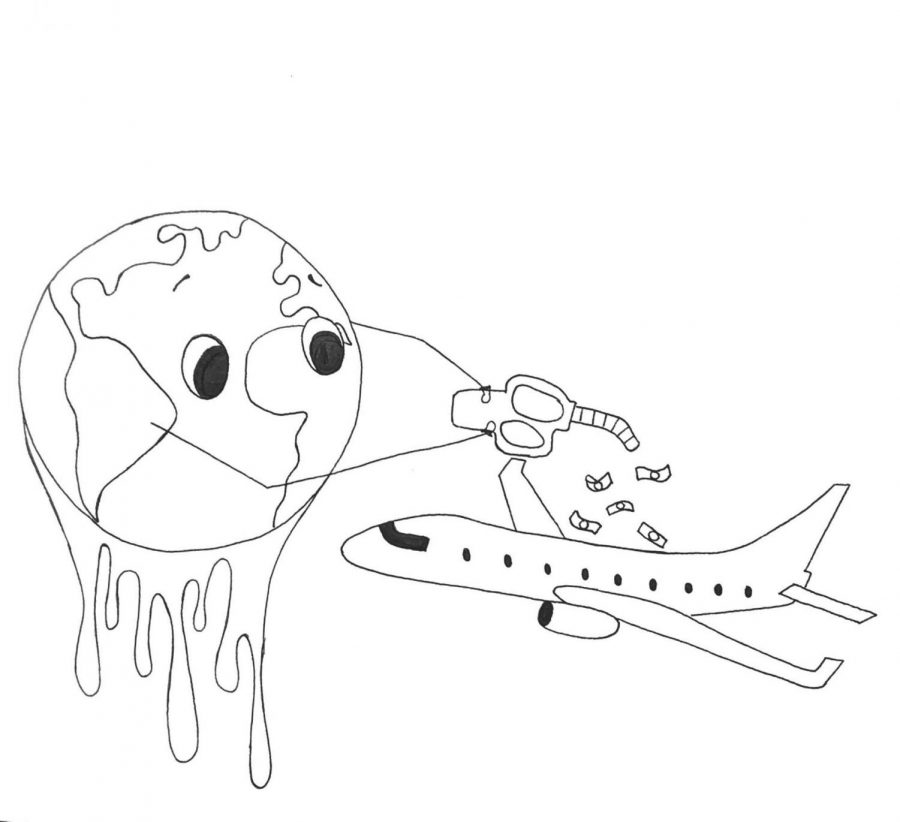 “Global Warning” is a column discussing relevant environmental concerns that our planet faces today. The column aims to provide thought-provoking commentary on such issues and offer reasonable solutions that will propel our world towards sustainability.

“You guys, I know you’re probably thinking that I fly too much, but don’t worry, I offset my flight!” I first learned about the concept of individuals purchasing carbon offsets through these words said in a YouTube video. I had been familiar with the idea of large, powerful bodies like the United Nations being able to force countries to ‘offset’ their carbon production, but I had never thought this premise could apply to individuals.

According to The Telegraph, you can offset your carbon emissions from your most recent flight, for example, by buying reduction credits that come from projects that reduce emissions. For instance, you may buy offsets from a project that plants trees, conducts restoration work or installs solar panels. According to The Conversation, around 34 percent of the global voluntary offset market was spent on renewable energy projects and 32 percent was spent on biosequestration projects, where living organisms capture carbon dioxide. This entire process is facilitated through private websites that claim to use your money for the project that you choose. In some cases, an airline may also provide offset options that are available for purchase.

Now, is there anything wrong with buying carbon offsets before your trip to Europe? Absolutely not! In fact, if you are concerned about the climate crisis and your personal impact, offsetting done right is better than taking no action at all. Individual solutions and personal improvements to help the planet are often overwhelming; it seems that every mitigation method has an element of controversy, so if you are feeling confused but want to do your part, offsets are a logical step.

However, there’s a dark side to offsets. There should never be a justification for flying or releasing emissions. Upon purchasing, many consumers may be under the impression that their consumption has no negative net side effects. Such thinking is foolish. Voluntary offsets themselves cannot combat the magnitude of global warming and you have no way of knowing whether your money is actually going to the projects promised. According to The Telegraph, the private offset market is unregulated and there are few standards in place. In order for your offsets to actually count, make sure you conduct research to ensure that your money is helping in the way you want it to.

Do you really want to help the climate crisis? For starters, try cutting down on flying in general, even though that may seem unavoidable in many circumstances. Still can’t give up that European getaway? Since around 50 percent of a plane’s carbon dioxide emissions are generated from takeoff and landing, according to Go Green Travel Green, try booking direct flights instead of flights with stops.

Although the little things like offsets do matter, they should never be a justification for our pollution. In reality, these so-called little things are the least we can do for our planet.