That’s a wrap! New addition of World Wrapps in the CEA ends quickly 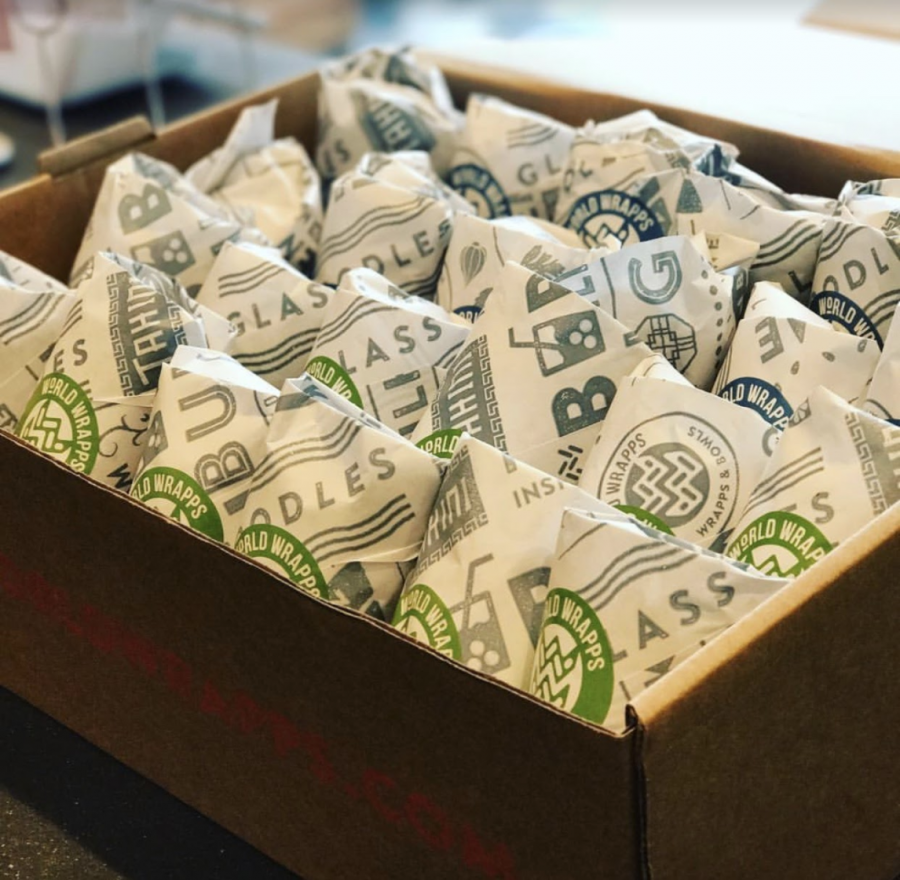 After many students requested a change to the CEA menu, ASB President Josh Chan attempted to collaborate with World Wrapps.

Redwood’s Covered Eating Area (CEA) filled with excitement on Nov. 7 as the World Wrapps carts stretched across the kitchen. The aroma of students’ pre-ordered wraps and bowls filled the CEA with smells of new, fresh food from a local company.

On Nov. 4, senior Josh Chan, our current Associated Student Body (ASB) president, announced that Redwood would begin serving World Wrapps every Tuesday and Friday in the CEA. World Wrapps, which is located at Town Center in Corte Madera, is a popular restaurant among students, with around 22 orders on its first day being served in the CEA and double that the second day. However, the ordeal quickly came to an end after the California School Employees Association (CSEA) called off the new project only one week after its implementation.

According to Tim Mullery, Lead Custodian and CSEA President, the reason for discontinuing World Wrapps in the CEA was due to the violation of California Education Code (EDC) 45103.1. Additionally, with the layoffs of multiple CEA staff due to the budget cuts last year, Mullery believed that the addition of World Wrapps could contribute to more staffing problems.

“The ED code states that school districts are not allowed to contract out food from outside an outside vender without meeting very specific criteria. Josh’s heart was in the best place, however someone in the school district should have informed him of the law,” Mullery said.

Matthew Blair, President and owner of World Wrapps, had been working with the Redwood CEA for around a year to meet CEA requirements.

“We spent a bunch of time trying to make it work and it unfortunately didn’t work out. We had to cut the menu down for pricing reasons and even added a discount for the school…. It seemed like people were excited about it, kids were ordering it and the momentum was building,” Blair said.

Chan had been working on improving the food at Redwood because it had been the most requested change by students during his election. For Chan, the discontinuation was a disappointment at first, but after consideration, he believes it was a good turning point for the future.

“After thinking about it I realized [World Wrapps] wasn’t solving the original problem, which is improving the food that was already in the CEA. My next goal is to look at the items that are currently being sold in the CEA, decide which food people dislike and l

ike and improve it from there. That is something we do have control over,” Chan said.

Although the CEA will no longer be serving World Wrapps, there are plenty of other options offered to students in the CEA. To continue improving the quality of food in the CEA, Chan has implemented a taste test trial for the new foods introduced. Additionally, Chan plans to increase the advertisement of the CEA to bring in more people.

“Ultimately, we easily could’ve looked at this situation and gotten mad about it. However, that’s not how it’s supposed to go. We can take this and learn what areas we have control over and change it for the better,” Chan said.