Ready for the real-world, 16-year-old Claire Renney uses art to forge her own path 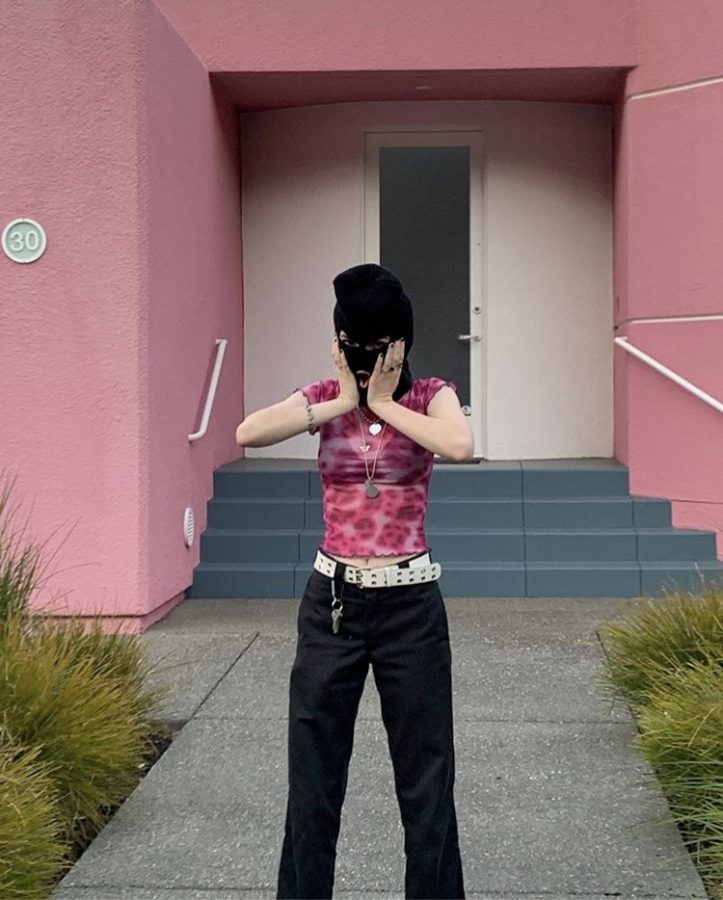 Renney posts regular updates of her art projects on her Instagrams @mybloodthick and @notmyfaultmagazine. Photo courtesy of Claire Renney.

Most seniors are now in the middle of the stressful, yet exciting, process of applying to college. Some may be feeling nervous or intimidated about going off to college, while for others, it can’t come soon enough. For Claire Renney, it was definitely the latter. At just sixteen, she dropped out of high school, moved into her own apartment in San Francisco and enrolled in San Francisco Art Institute (SFAI) to pursue a career in art.

Using skills she has learned at SFAI as well as those picked up from fellow artists, Renney is independently curating a magazine called “Not My Fault,” which is scheduled to print its first issue in late December.

“I had all these people around me that were making really cool, beautiful things, and I wanted to bring attention to them. So I decided to start taking photos of my friends that were making stuff and writing articles about their processes. [The magazine] was really out of my appreciation for them,” Renney said.

Renney admits that making a magazine is a bit old-fashioned, but she values physical over digital art.

“It’d be ten times easier to put my art out on a social media page and not actually have a physical copy of it. But I think it’s really important that artists stay away from this time warp of the internet and getting appreciation through a screen. I wanted to give people something to hold, look at and appreciate for years to come. I have a big fascination with creating things that last,” Renney said.

Izzy Prentis, Renney’s best friend of six years, says Renney has always had a strong inclination to work hard for what she wants.

“She really does put herself out there and try to get connections. She has friends in L.A. that she utilizes a lot. She’ll manage to find tons of different people to work with and help her with her magazine and everything,” Prentis said.

According to Renney, her decision to leave Redwood was motivated by her drive to pursue and create art.

“I wasn’t getting enough time to exercise creative processes at the level I wanted to exercise them. [Redwood] has good art programs, of course, but I wanted a higher level of education,” Renney said.

After her freshman year at Redwood, Renney transferred to Tamiscal, a small, alternative school near Redwood. She enrolled in their Independent Study program, which gave her time to take extra classes at SFAI. At the end of her sophomore year, Renney took the California High School Proficiency Exam, allowing her to finish high school early and move on to attend SFAI full-time.

According to Renney, she has no regrets about her decision to move out and pursue her dreams. At first, Prentis was doubtful of Renney’s decision to drop out of high school and move to San Francisco. But after seeing Renney come this far, she has since changed her mind.

“I definitely think that the whole art industry is really competitive. But knowing [Renney], with her talent and motivation, I think she could definitely do anything she works really hard to do. She’s for sure got the skill,” Prentis said. “[Renney] is not one to give up. She tries to get things herself. She doesn’t just sit there and expect it to come to her.”

“I’m sad that she’s not here every day. I miss her a lot, but I also know that she’s thriving in her environment, doing it her way. Any good parent will tell you that that’s what you want for your children as they grow up: to be the best version of themselves,” Mona-Helen said.

The transition from living with her parents to living independently was no easy feat. To support herself, Renney worked upwards of 70 hours per week in various retail jobs, frequently doing overtime to break even.

“[Working over the summer] was very stressful. I couldn’t work on my art. I couldn’t really do as much as I wanted to be doing outside of that, because it was mostly going to work, coming home and going to sleep and doing the same thing over again. That was a major setback,” Renney said.

Despite the challenges Renney went through to get to where she is now, she says she has no regrets. In fact, Renney encourages others to do the same.

“At the end of the day, it’s just you. It’s you out there living your life. So if you’re not receiving the support, just be unapologetic with it, and search after the things that you want,” Renney said. “You got to chase after the stuff that you need in life. Otherwise, you’re not going to get it.”