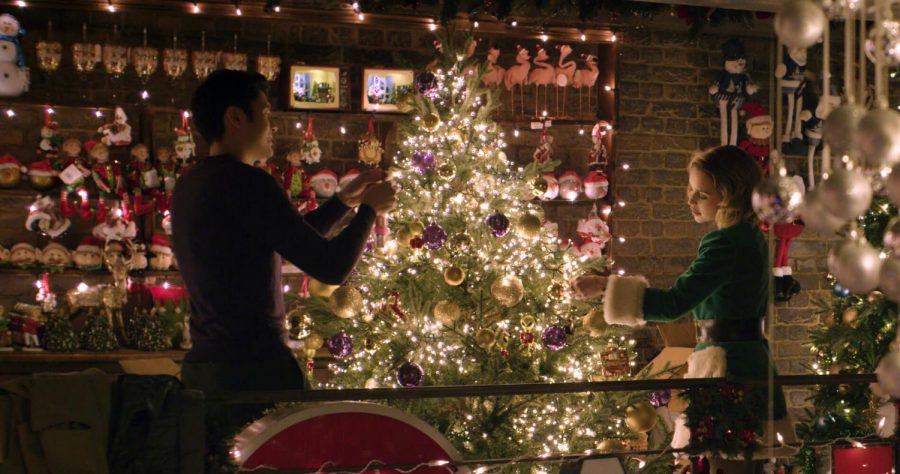 Grab a cup of hot chocolate and snuggle up for the perfect romantic comedy this holiday season. Although some may think that “Last Christmas” is simply another holiday movie, the film has an unexpected twist that is sure to leave the audience in utter shock. To say this movie was a roller coaster of emotions would be an understatement, as it guarantees both laughter and tears from the audience.

The movie, set in London, follows an aspiring young singer named Katarina “Kate” (Emilia Clark). Kate grew up in Yugoslavia, but moved to London at the young age of nine in order to escape the war. Now 26, she is working in a Christmas decor shop because of her failed attempts of becoming a professional singer. The film also follows her love interest, Tom (Henry Golding), a Londoner whose lack of background information and odd quirks make him mysterious. There is no specification of his occupation, housing or family situation, but his vague personal life is shoved aside by his intense fascination with Kate. Their relationship is almost awkward to watch on screen. He appears to want her more than she wants him, but as time progresses, his recurring disappearances leave her wanting him more. This unbalanced relationship kept me guessing whether their relationship was going to be successful in the end.

Even though there is a significant amount of drama within the film, it was often interrupted by the humorous side of Kate. She adds comedic sass to the film, which is refreshing to view, keeping the movie entertaining. In addition to her sass in the movie, Kate is also somewhat clumsy, which added yet another level of humor. However, a shocking plot twist turned the movie from being humorous to very serious and my laughter was replaced with tears. This sudden switch in emotions made the movie really interesting. It made me stop and rethink the whole plot of the movie. I questioned myself and wondered how I did not see that twist coming.

Additionally, the soundtrack to the film was incredible, helping tremendously to build strong emotions in various scenes. The movie was complete with a playlist comprised solely of original George Michael songs, hence the name “Last Christmas.” The film included a variety of his hits ranging from “Heal the pain” to “Freedom! ‘90.”

“Last Christmas” is an essential this winter. It evokes a variety of emotions that you wouldn’t necessarily get with other holiday films. Not only does this movie have a strong comedic component, but it also has a serious drama side, creating a perfect balance of emotions and ultimately leaving you on the edge of your seat.