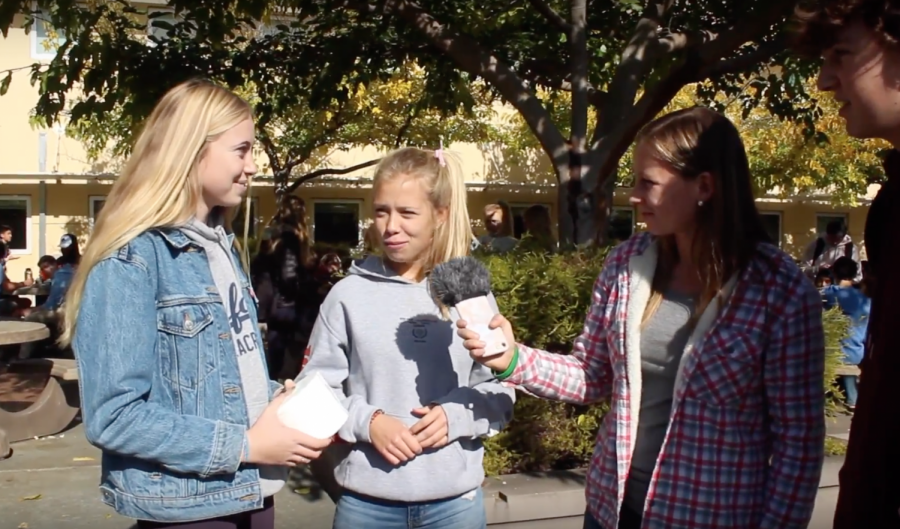 After scrolling through a list of some impressive and ridiculously intricate world records, we found ourselves thinking: can we break any of these?

Ranging from “most toothpicks held in one’s beard,” which neither of us (Skylar and Charlie) could perform due to bad genetics, to the most pull ups in 24 hours, which we could not perform due to a lack of motivation, the Guinness World Records contains hundreds upon thousands of remarkable feats.

After some more thinking, we decided that it was only right to give some talented students a shot to put their names in the record book–unofficially, that is. So we set out to the Redwood Parking lots and courtyards in search of students with budding talent.

While some of the records seemed too challenging to break, many seemed reasonably breakable despite the perception that holding a Guiness World Record would require a lot of skill in a certain area.

In Episode 1 of this new series, multiple students attempted to break world records as shown in the Guiness Book of World Records. One student even accomplished the incredible feat of 106 jumping jacks in one minute, our first unofficial world record of the series. Although we are still debating whether or not his jumping jacks were adequate, a student broke the record for “most jumping jacks in one minute.” Along with this record, students also attempted to break the record for “quickest time unrolling a toilet paper roll” and “most leapfrogs in one minute.” Thanks for tuning in to the first official episode of Record Breakers. We will be back in January with our second episode, Record Breakers: Food Edition.