Sports Spotlight: Junior Hudson Grace leaves opponents in the dust on the course and in the classroom 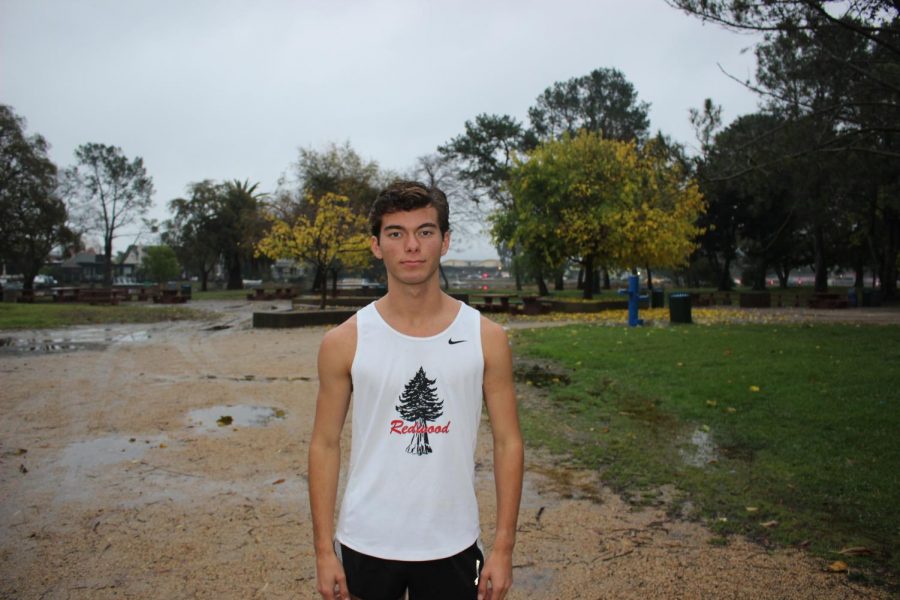 Lacing up his shoes, junior Hudson Grace lines up to begin his three-mile trek for the Redwood boys cross countryteam. The trigger on the starting pistol is pulled and he lunges off line as a sea of boys storms the dirt path. Grace pulls in front of the pack and finishes strong, as he rigorously trained to do.

Grace began running competitively in eighth grade at White Hill Middle School, a relatively old age to begin the sport. Although some may think there would be setbacks to starting late, Grace believes it was beneficial to him.

“[Starting later] really allowed me to not have as much of a strain on my body. A lot of people have been running since they were eight or 10. Being able to start fresh has been good to me, and it’s made a big difference,” Grace said.

After joining the cross country team in his freshman year, Grace began training nearly every day, running for 50 weeks out of the year.  The rigorous preparation has allowed him to trim his three mile time from a 16:24.1 his freshman year to a 15:09.0 his junior year. Along with athletics comes academics, which Grace has become proficient at, managing to earn above a 4.0 GPA.

“[Running] takes a lot of dedication. It’s hard because it’s easy to take time off and not really want to stay motivated since it’s such a simple sport,” Grace said. “But if you can find that motivation and find some bigger passion, you can do well.”

This year, Grace was selected by head coach Nicole Graydon to be the co-captain of the boys’ varsity cross country team. After the graduation of Liam Anderson, who was a dominant force on the team for his four years in high school, Grace has faced difficulties fulfilling the vacancy left by Anderson.

“[Grace] was definitely nervous being a captain this year, because I think he saw it as stepping into [Anderson’s] shoes. But he’s done a really good job, rallying the boys and getting them to run, especially the more reluctant ones. Hudson is someone I have to almost slow down, he wants to do too much and work too hard to push his limits,” Graydon said.

Teammate and fellow junior John O’Neal has enjoyed watching Grace rise to his position. Being on the cross country team since his freshman year, O’Neal believes Grace’s leadership abilities exemplifies those of a captain.

“I would describe him as a leader both by his actions and his motivation. He is always trying to encourage anyone, whether they’re a freshman or a senior,” O’Neal said. 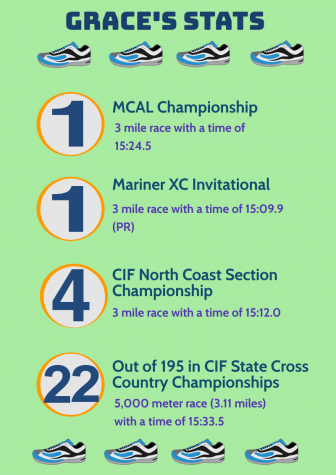 So far, Grace has accomplished a tremendous amount this season. He placed first in theMarin County Athletic League (MCAL) three-mile championship race with a time of 15:24.5, about 10 seconds faster than second place, Lyle Rumon from Marin Cartholic. For the California Interscholastic Federation (CIF) North Coast Section (NCS) championship, Grace placed fourth with a time of 15:12.0 for the three miles race, and he qualified for CIF State Cross Country Championships. In States, Grace achieved 22nd place out of 197 with his 15:33.5 time in the 5,000 meter race.

As for the future, Grace’s priorities are focused on track and field and continuing to improve his times.

“We’ll have to see about college. It’s a complicated process…It’s really just performing well and trying to be up there at the top so that I can qualify for more national meets,” Grace said.