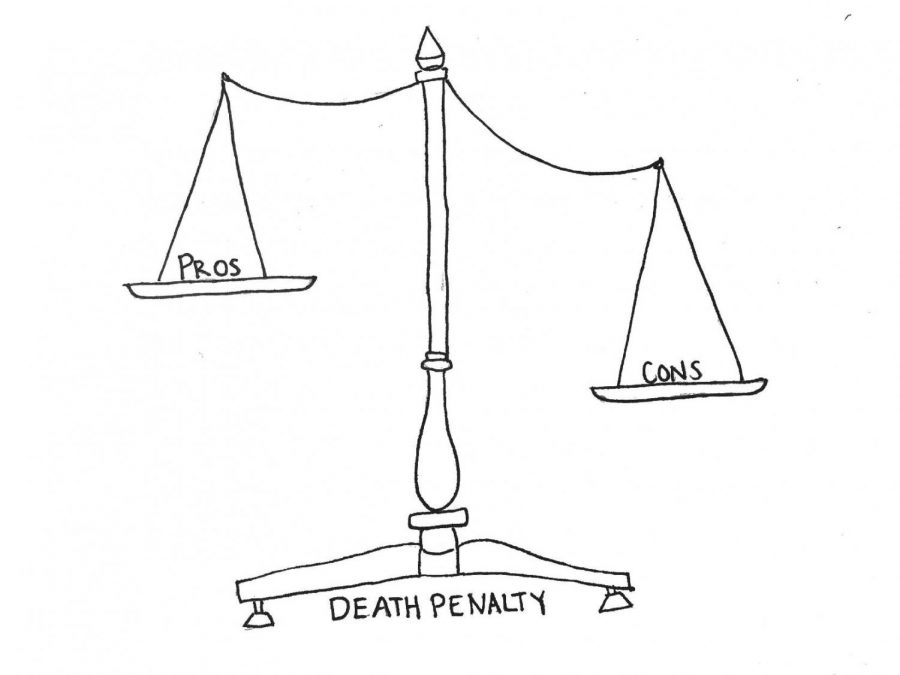 The ethical precept “two wrongs don’t make a right” is something that has been instilled in most Americans since they were in kindergarten. So why is it that the “he punched me first so I can punch him” defense doesn’t hold up in classrooms, yet holds up in federal court? This fundamental rule that so many adults have preached to kids for years is being broken by the US government with the continuation of the death penalty. For the purely ethical reasons, such as how disproportionately it affects minorities and the significant rate of innocence in cases, America should follow the rest of the first world in banning the death penalty.

Rodney Reed, an African American man from Texas who was convicted of murder in 1997 and sentenced to die by lethal injection, is a prime example of the bias and injustice present in America’s justice system. Reed was convicted by an all-white jury, even though the prosecution’s only physical evidence, Reed’s DNA on the victim, was explained by the consensual sexual relationship Reed said they had. This explanation has been recently confirmed by the victim’s own cousin and co-worker, according to the Innocence Project. Additionally, Reed’s many requests for the murder weapon to be tested for DNA were denied by courts, according to the Statesman. Furthermore, the victim’s white fiancée, Jimmy Fenell Jr., who was later charged with kidnapping and sexually assaulting a different woman, had committed acts of violence towards his fiancée on several counts and failed several polygraph tests, according to the Innocence Project.

Reed’s story is just one in a multitude of examples of racial persecution within American courts. According to the Washington Post, a study of 146 federal cases found that “federal prosecutors were about 50 percent more likely to offer a plea bargain to white murder suspects than black suspects that allowed them to avoid the death penalty.” Additionally, a study by the University of Washington found that juries in Washington state were 4.5 times more likely to impose the death penalty on black defendents accused of aggravated murder than whites, even when adjusting for the brutality of crimes and number of victims. How can America continue to enforce life-ending sentences that are based on a process that systematically victimizes and persecutes minorities?

Beyond just the racial inequalities in the justice system, America’s legal process continues to convict innocent people of all races. According to a 2014 study in Proceedings of the National Academy of Sciences, one in 25 of all people put on death row are innocent. While this number may not seem high, when it’s your family member or friend are who are that one in 25, it suddenly seems deplorable. This rate of wrong convictions continues to prove that America can’t justify murdering its own citizens when they are basing their decisions on a failing system.

The argument that the cost of supporting prisoners for life is far greater the death pentalty continues to be a common talking point for those who are pro-death penalty. However, this argument is based on a perpetuated myth. According to Death Penalty Information Center, “the death penalty is far more expensive than a system utilizing life-without-parole sentences as an alternative punishment.” This is largely because the nature of death penalty cases is more complicated: there is a longer juror selection process because of possible pro or anti-death penalty sentiments, the appeal process is longer and pre-trial costs are higher.

In addition to the monetary costs, the methods of capital punishment often result in  physical and pyschological detrements due to the ineffectual nature of current injections. Imagine being directed to a cold chair, strapped down like an animal and forced to wait for an injection that will soon end your life. However, instead of the painless death that you were promised, you feel the excruciating liquid overtake your body like fire coursing through your veins. This is the reality of most capital punishment deaths. According to the New Scientist, based on prisoners’ post-death blood levels, 90 percent of death row prisoners were capable of feeling pain during the injection and 40 percent may have been conscious.

The United States Constitution guarantees “no cruel or unusual punishment.” Many can argue that sentiment doesn’t pertain to the actual death penalty, but how can one argue that the extreme physical and emotional pain that comes with the death penalty doesn’t fall under “cruel and unusual?”

The death penalty may seem like a distant idea or policy to many Americans, but this unethical practice founded on a failing system takes the life of someone’s father, daughter, sister or significant other. It is therefore the responsibility of all Americans to envision the pain and struggle they’d experience if they or their family were victims of this barbaric practice. It is also our responsibility to combat the injustices of the death penalty by voting for politicians who vow to repeal the death penalty and to support organizations like the Innocence Project.