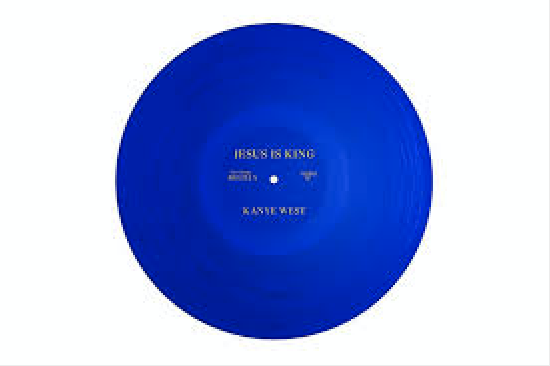 On Oct. 25, loyal followers of Kanye West got the album they had waited almost a year and a half for. Following West’s previous release back in June 2018, a collab with Kid Cudi called “KIDS SEE GHOSTS,” West continuously teased his fans about the new album to increase the build up. In “JESUS IS KING,” listeners don’t have to go too far past the album’s name to get a sense of the slow, experimental, gospel-like music.

Hitting number one on the Billboard 200 for top 200 albums, the album was home to 11 tracks, four of which hit the Billboard Hot 100 and peaked in the top 25. Much like his previous works, West didn’t feature many popular hip hop artists. Instead, he collaborated with artists like the Sunday Service Choir and gospel singer Fred Hammond to contribute to the religious vibe of the album.

In typical West fashion, the first couple of songs on the album were by far his best work, while the quality slowly diminished as the tracks went on. West set the tone of the album from the start in the first track “Every Hour,” featuring the Sunday Service Choir, where West’s voice isn’t even heard. This song immediately transports the listener into a church as the all-female choir belts out lyrics about how they need God at all times.

The lyrics in every one of the songs are similar in the sense that they all revolve around Christianity and God, which gets very repetitive. This theme is largely due to West’s recent conversion to Catholicism, which he has made public through social media and the release of this album. In “Hands On,” he sings, “Told the devil I’m going on strike/I been working for you my whole life.” There are more and more of these religiously-inclined lyrics heavily sprinkled throughout the album as heard in “Follow Jesus, listen and obey,” in his song “Closed on Sunday” and references to Bible passages in “Selah.”

In terms of the beats, most of the songs are too slow with the exception of “On God” and “Follow God,” which both include enjoyable trap beats. West takes full advantage of Auto-Tune in a few of the songs including “Hands On” and “Use This Gospel” by heavily altering his voice into an almost robotic melody, which tends to be pretty catchy.

With all things considered, this album wasn’t a huge success, but it also wasn’t a huge failure. Do I think it deserved to hit number one on the charts? Absolutely not. But with the loyal following that West has gained, it isn’t surprising that this album was successful. This rap-gospel-hybrid style of music is something that had never been explored prior to “JESUS IS KING,”  and could have gone horribly wrong. For that, I admire that West was able to keep a majority of the songs pretty entertaining and even make a couple of them like “Follow God” and “Selah” standout tracks.

The gospel style that West trialed was refreshing to hear from a hip hop artist, but I would not recommend that he experiment with it again. If he can find a way to incorporate the hip hop style that made his career with the religious-based lyrics, he could create a completely new, visionary genre of music. However, if West continues to produce more of these completely church-esque tracks, his career as we know it will most likely dissolve into nothing.