The drama department debuts its second annual One Act Festival 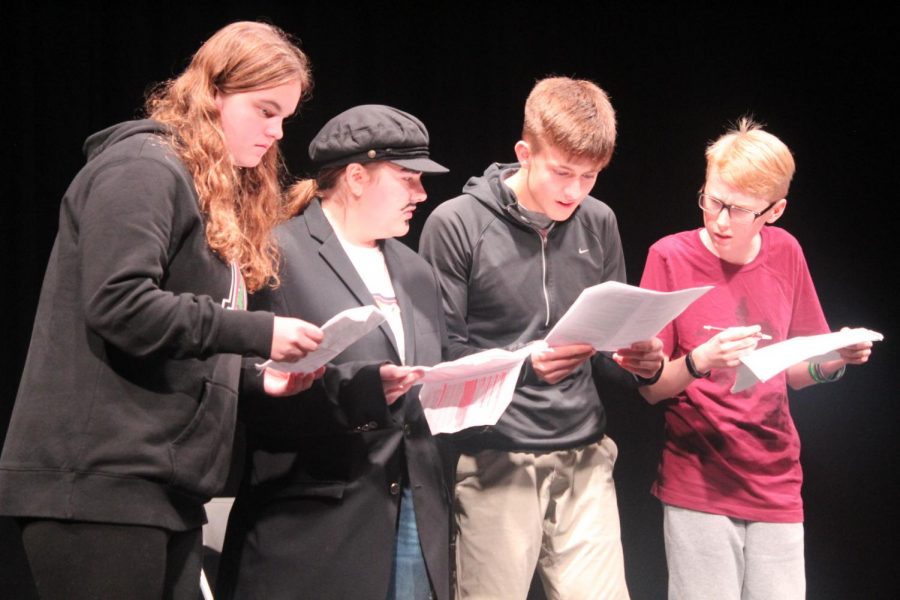 The Redwood drama department culminated their second annual Fall One Act Festival last weekend on Dec. 6 and 7. This student-run festival showcased all of the drama classes in the Little Theater and room 306. All of the performances were staggered throughout the evenings of Friday and Saturday, allowing the audience to alternate between shows and watch different performances. Each class performed an assortment of shows, providing a variety for the audience to enjoy. This diversity of performances makes the Fall One Act Festival a different type of experience that the drama department puts on. The actors showcased short plays, along with longer plays and improv shows. Though a majority of the plays were comedic, some of the monologues exhibited a different tone, being dramatic and expressing feelings of distress and sadness.

The weekend festival was an opportunity for collaboration, not only between the audience and the actors, but for all of the drama students alike, as the drama classes worked together to put on this festival. From the lighting, to the sound, to the ticket booths, the entire festival was produced by students. The Fall One Act Festival was the last fall show for the drama department this semester, as the next scheduled show will be the following semester. The next show is Lenaea: The Blind, which is to be performed on Jan. 30 and 31. There will also be another One Act Festival in the Spring semester which will be on May 17. and 18.