Homecoming week: What you missed 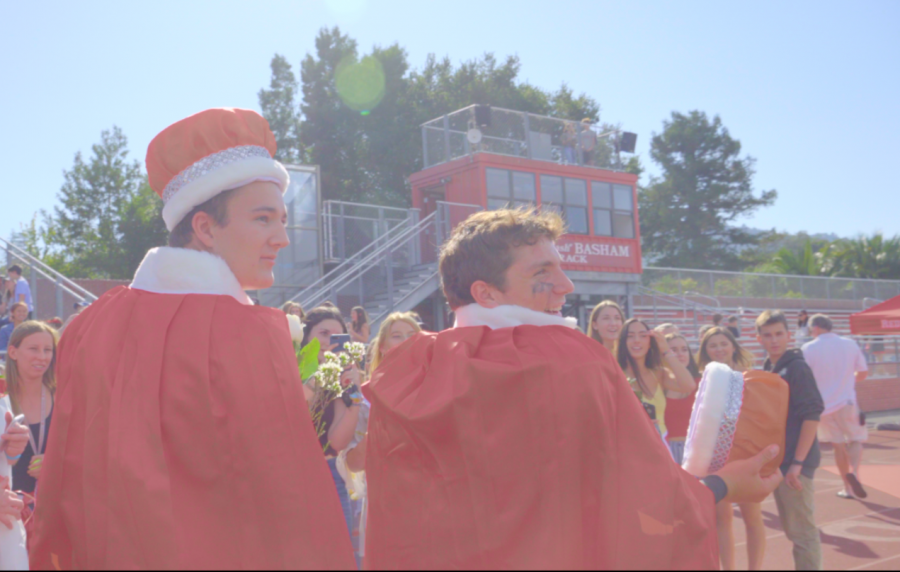 Homecoming week had a variety of festivities packed with fun for both the homecoming court as well as for the students watching the group of twelve seniors. The homecoming court included: Lily Carbullido, Anya Klein, Natalia Siri, Caitlin Kulperger, Eva Oppenheim, Zoe Babikian, Garrett Cook, Ryo Weng, Aaron Kim, Callaway Allen, Drake Goodman and Joey Calzaretta. On Monday during lunch, the court played trivia with each other’s pairs. On Tuesday, the court sang karaoke with songs like “All-Star” “Call Me Maybe” and “Fergalicious.” Wednesday was “minute to win it” games, such as tossing marshmallows and stacking cups. Thursday was rally day, where there were no concussions, but well performed and choreographed skits. The freshman continued to get last place, as is tradition.

Thursday‘s lunch activities included corn hole and spikeball. To conclude the homecoming week, the juniors and seniors played in the annual ferocious Klassy Kickoff match. “Unexpectedly” the seniors won at the last second. Finally, on Saturday, the varsity football team beat the San Rafael Bulldogs by a score of 57-0. So, typical. And finally, the event everyone was waiting for: the crowning. The two winners of the 2019 Homecoming Court were Joey Calzaretta and Garrett Cook. Sadly, the Homecoming dance was canceled because of the power outage, but students can instead attend the Winter Formal on January 24th.