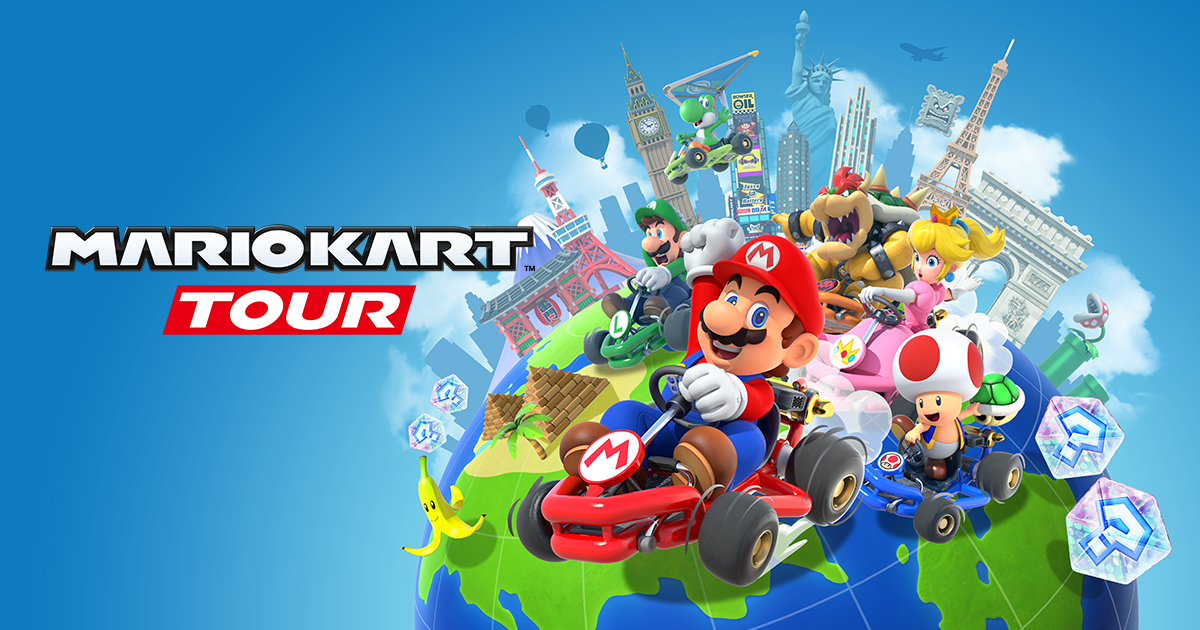 After its initial announcement in Jan. 2018, Mario Kart Tour was released to the world via the IOS App Store and the Google Play Store on Sept. 25, 2019. This is the first time Mario Kart has been available for mobile devices, previously only being available on Nintendo consoles such as the Switch and Wii. Mario Kart Tour follows Nintendo’s earlier mobile games such as July 2016’s popular Pokemon-Go.

Although 648 thousand App Store reviewers rated it 4.8 out of five stars, my rating would be lower because of the overly simple controls, limited modes and prevention of multiplayer competitions.

Game play is possible with just one hand, which seems like a convenient and easy idea, but stifles the game because of how uncomplicated it is. The game includes two modes: tilting and drifting. Although tilting is a viable option for many different mobile racing games, they are usually played in landscape mode. Mario Kart is playable in portrait mode only, making completing consecutive sharp turns almost impossible. Drifting is a beloved part of all Mario Kart games, and the mobile version follows up Mario Kart 8 with a new purple drift that gives a longer speed boost. However, in drifting mode you can only drift, there is no regular steering. This makes driving straight a challenge that takes some serious practice to get used to.

The game is officially called Mario Kart Tour, and for the first time in Mario Kart history it has courses based off of real world places. For example, the first tour takes place in New York City. On both sides of your kart are tall buildings and skyscrapers, but missing are New York’s familiar landmarks: the Statue of Liberty and the Empire State Building. This is slightly puzzling considering Nintendo’s initial statement for the game proclaimed there were “courses inspired by real-world locations,” as stated on the App Store.

As of now, the multiplayer toggle in the menu is “inbounding,” preventing multiplayer competitions with friends. However, you are able to add friends and compete with them based on score alone in rank eligible cups, providing indirect friendly competition. Launching the game without the option to compete with friends is very disappointing and something Nintendo missed out on, diminishing my desire to play.

Despite all of its drawbacks, the game is pretty entertaining. Similarly to my opinion about the mobile game, Redwood students also had a mixed perception. According to an Oct. Bark survey, 31 percent of students believed the game was “better” or “way better,” 34 percent of students believed it was “the same,” and 35 percent belieiving it was “worse” than previous Nintendo Switch or Wii versions. However, this mixed perception has not stopped many others from downloading the game as Mario Kart Tour boasts 90 million downloads in its first week, according to SensorTower.

Mario Kart Tour is free to play but also offers a Gold Pass subscription option for $4.99 a month, allowing game play in 200cc which provides faster moving karts, along with extra in game bonus gifts. But without the Gold Pass you can still buy new items with the in-game currency: rubies. Rubies are fairly easy to come by, you are gifted them by earning stars which in turn earns you gifts, and allows new karts, gliders, and characters to be obtained.

Mario Kart Tour also introduces new special power-ups for some characters, including Bowser’s Shell. Bowser’s Shell mows over karts in its path and continues to bounce off the walls after impact, while a second new item, Yoshi’s Egg, acts like a Red Shell and spills out extra items after finding its target.

Although Mario Kart Tour isn’t necessarily challenging to play and lacks a multiplayer option, it is a great download, considering it’s free. Familiar and special themed characters keep you playing as you aim for first place and five out of five stars on each map. Despite its few negative aspects, Mario Kart is a great way to procrastinate on homework any day of the week.