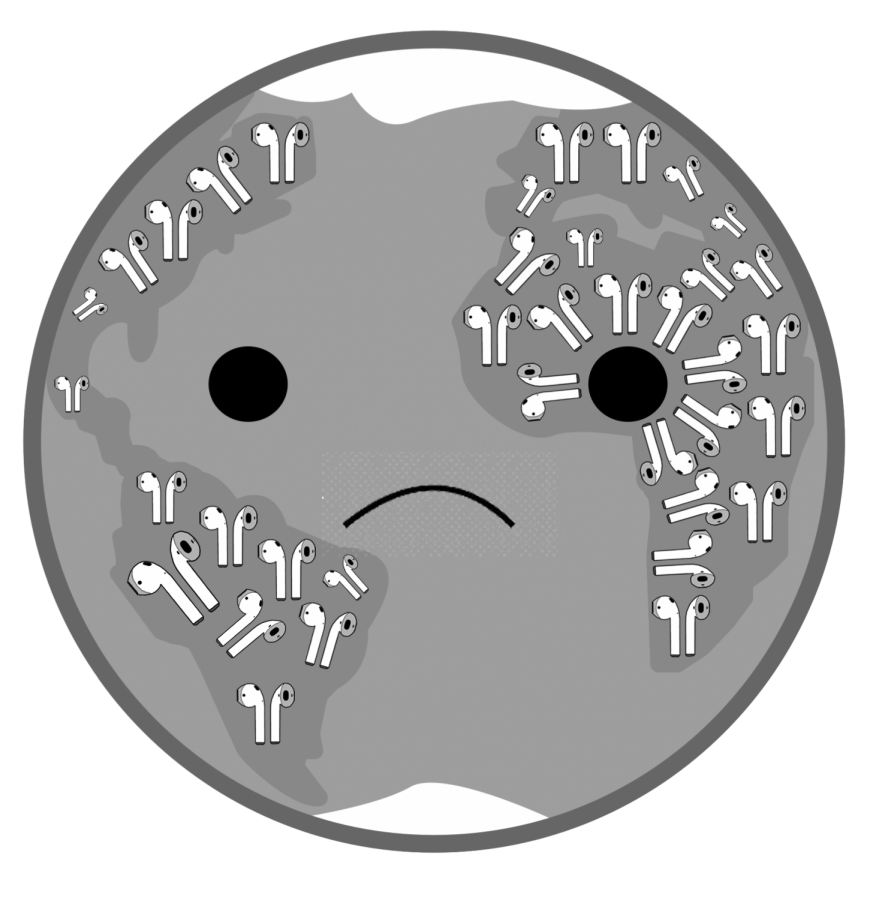 You and your AirPods, the perfect pair. They see you at your worst: crumbling after workouts at the gym or sporting the all-nighter pajamas you would never wear out of the house. But it has been less than a year, and although this relationship was longer than your high school dates, the batteries on your $159 AirPods finally give out. It’s time to start over, and because you will not subject yourself to traditional cord earbuds, you trudge back over to the Apple store, credit card in hand.

In Apple’s case, AirPods are made to be disposable. Unlike iMacs or even iPhones, if you pay for Apple’s battery service, the battery isn’t just getting replaced. You would receive a brand new pair and the old pair would be recycled.

The disposability of all the products we consume is a pressing environmental issue. As a society, we are quick to replace when the new upgrade arrives. The people still holding onto their iPhone 6 are technological outsiders. Even beyond tech, throw away culture persists; Americans throw away 13 million tons of textiles each year, which is about 85 percent of their clothes, according to an article from PBS. But what does this excessive consumption mean for the planet?

For starters, not many people recycle their used products. According to the Electronics TakeBack Coalition, of the $206 billion spent on consumer electronics in the U.S. in 2012, 29 percent of the resulting e-waste generated was recycled. Toxins from the e-waste can seep into the soil and water stream if not properly handled. Additionally, burning the e-waste to extract copper may release pollutants into the air.

Companies creating products should look at the flaw in Apple’s product design: although it can be cheaper to make lower quality items, it is not sustainable for the planet or our wallets if they have to be frequently replaced.

Patagonia is an example of how companies can shift their policies away from disposability. Instead of throwing away a fleece because it has a couple of holes, Patagonia encourages clothing to be dropped off at a store for repair. For customers who do not live near a Patagonia store, there is a section on their website called “Worn Wear” where buyers can shop for used Patagonia gear. According to the company website, keeping the clothing in use for an extra nine months reduces water, waste and carbon footprints by 20 to 30 percent each. Companies like Apple should do their part and emulate Patagonia’s charge towards sustainability, because the Earth cannot tolerate any more junk accumulating in landfills and oceans. Trash sitting in dump sites is one of the largest contributors to soil pollution, according to Rubicon Global, and with the threat of climate change closing in every year, we need to minimize our contamination as much as possible.

As the world continues to deal with problems stemming from the waste we generate, the products we buy should be built to last. Disposability is not only unfair for consumers who often pay high prices (especially in technology consumption), but also our planet.