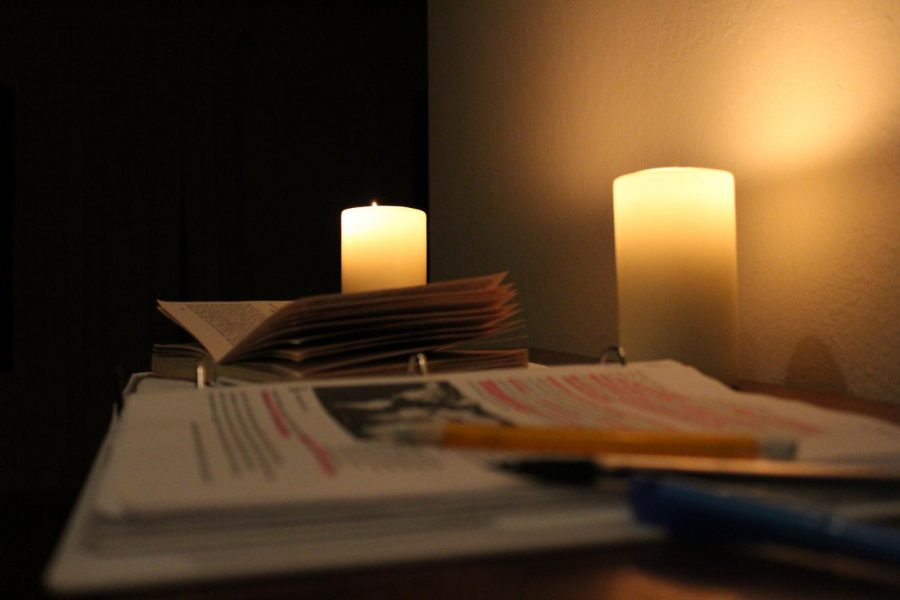 Pacific Gas and Electric Company (PG&E), northern California’s most predominant service provider, is now facing major backlash for their public safety power shutoffs that struck customers earlier this month, according to the SF Chronicle. The decision to cut power was spurred by a prediction of high, dry winds in respective California towns, which could result in wildfires started by power lines—a phenomenon which induced the infamous Campfires last fall. Now that the dry season is upon us once again, the outages were put in place as a preventative measure for a potential tragedy. The outage affected around 800,000 Californians in northern and central California cities, including Mill Valley, Sausalito and Livermore. These outages created obstacles for California students and do not appear to be ending soon.

On Oct. 9, the Tamalpais Union High School District (TUHSD) sent out a letter to all families of TUHSD students informing them about the possible effect that the outage will have on the district’s schools. The letter stated, “Drake, Redwood, Tamiscal and San Andreas High Schools have full power…Currently, Tam High School is partially without power due to the PG&E power safety shutoff…” These statements were then followed by their list of protocols in case any of the schools lost power.

The protocols included six possible actions that would be taken if the outage affected the schools. All of the protocols informed the readers of possible cancellations or continuations of school days, depending on if the school had power or not. The list also established where information can be found regarding the outage.

Soon after this email came out, the city of Mill Valley, which includes Tam High School, lost all power, resulting in the cancelation of a school day. However, several Redwood students living in Mill Valley lost their power as well, and still had to complete their school work. Sophomore Nathalia Bernstein, a Mill Valley resident, grappled with the newly difficult task of doing her homework.

“I couldn’t use the internet for anything, and I had to sit by candles with the fear of burning my homework,” Bernstein said. “Even getting around [was hard], because my house was pitch black and we had to make sure everyone was okay.”

The simple activity of taking a shower became an obstacle. The outage resulted in cold water for everybody affected. Nevertheless, this hurdle was manageable for Bernstein, as she was able to use other resources in order to shower with hot water.

“My friends offered for me to use their houses for showering, but I dumped buckets of water on myself for showering….my mom boiled water because our stove is gas, not electrical, so we got lucky with that,” Bernstein said.

Bernstein was not alone in not being able to enjoy simple activities. Junior Elsa Quinton  also experienced disturbances through her daily routines.

“There was no light, I ate dinner in the dark and breakfast in the dark,” Quinton said.

Quinton explained that many Tam Valley residents had to go outside of their homes to get the necessary materials for her daily life.

“If you didn’t have [candles and flashlights] in your house you had to go buy them because it starts getting dark around six,” Quinton said.

Though Redwood students had various issues from the outage, they managed to use multiple resources in order to accommodate for these struggles. Junior Nicholas O’Neill took advantage of the Redwood Library for his school work.

On the first outage day,  O’Neill came home to finish his homework, except he was unable to do any of it because of the lack of light and wifi. The next morning, O’Neill decided to use his local resources and went into the school library and finish his homework.

Students were also able to experience a more united community working towards the common goal of overcoming the power outage’s struggles. Actions like Bernstein offering her family’s generator for the storing of her neighbor’s refrigerated foods brought the entire neighborhood together during this difficult time.

Power has been restored to all of northern and central California, but this might not be the last time the regions lose power for another public safety power shutoffs. CEO Bill Johnson plans to have more scheduled outages until there is little to no risk of wildfires, which could take years. According to the SF Chronicle, PG&E plan to install “resilient poles” and to “cover bare wires” in areas of potential fires in order to strengthen their electricity system. These installations will hopefully decrease the number of blackouts and in result, benefit California students.