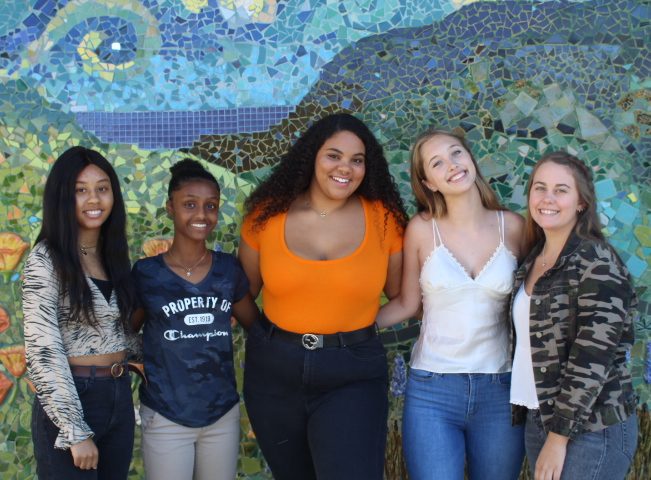 Students Organized For Anti-Racism (SOAR) has become an official class as of the start of the 2019-2020 school year, adding to its previous title as a student club. SOAR was introduced to Redwood two years ago under influence from the Pacific Education Group, a consulting firm handling conversations on racial equality.

With experience working at an ethnically diverse school in Oakland, History and the Appreciation of Film and US History teacher, David Minhondo was asked to be a supervisor for the club. Alongside Essay Exposition and English 3-4 teacher Danielle Kestenbaum and Drama and Link Crew teacher Erik Berkowitz, the trio originally held meetings during lunch on Tuesdays. However, their discussions and lesson plans would often get cut short with the limitations of the 35 minute lunch period. This year, SOAR has been incorporated into the Ethnic Studies/Contemporary Issues class which is being taught by Kestenbaum and Minhondo.

Senior Travis Haskin’s initial reaction to this news was mixed.

“I was really excited and I was also kind of worried. For the class to be accepted we needed 25 people. By then I think we had like five people say yes [to taking the course],” Haskin said. “There [were] a lot of debates [on questions like], ‘Is it going to go through?’ Then coming here on the first day of school, we were able to see a lot of new people [in the class] which is really exciting.”

According to Haskin, the class is more tailored towards educating people on race theory and identities, whereas the club focuses on taking actions relevant to the school.

After implementing SOAR into Ethnic Studies/Contemporary Issues across Redwood, Drake and San Andreas, the popularity of the class has increased dramatically to yield class sizes of 30. During their longer meetings, junior Israa Mussa has observed several benefits to this development.

“There’s no excuse to not take action. Now we have the time [and] we have the resources,” Mussa said.

Furthermore, with SOAR’s new establishment as a class, Minhondo sees potential to make a bigger impact on the local community.

“Marin County, and Redwood in particular, is an extremely predominantly white area. One thing we found, and I can speak from personal experience growing up in a predominantly white area, is that many people are unconscious about issues of race going [on] right around them,” Minhondo said. “Our goal is to wake up people’s unconsciousness and realize that there are racial issues happening around [us] everyday all the time.”

would be a big start towards making Redwood feel like a more safe and welcoming environment,” Berkowitz said.

While the class requires enrollment, the SOAR club still exists as an alternate option for students to get involved. Mussa urges people to jump on the opportunity to become a part of SOAR for its welcoming atmosphere and insightful discussions.

“It’s a place [for people of color] to come together. It’s also a place for white people that are interested in moving forward in the racial journey of Redwood High School,” Mussa said.