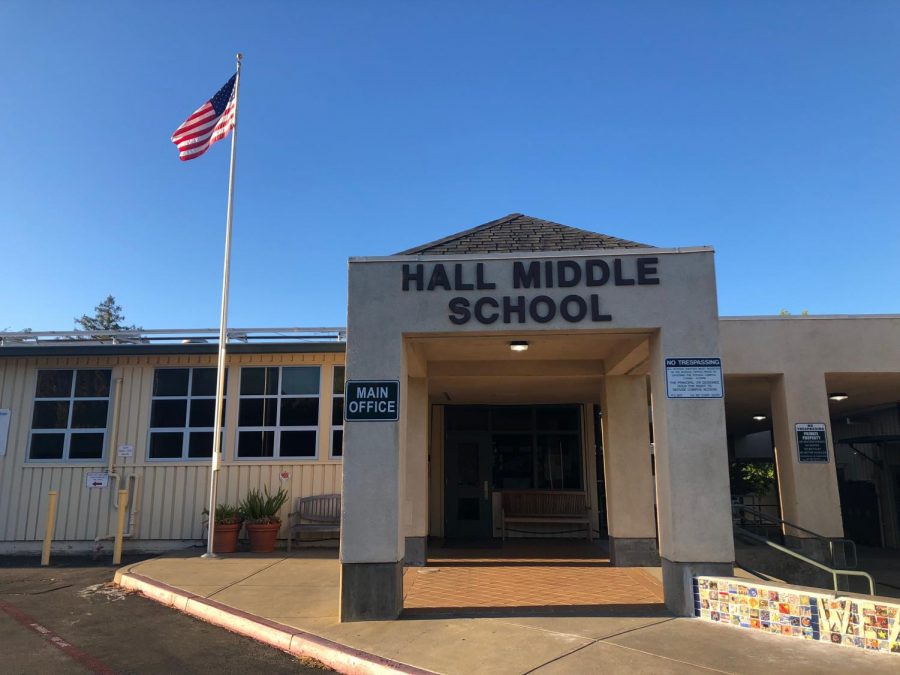 On the much anticipated morning of Wednesday, Aug. 21, students of Hall Middle School poured into classrooms to begin the first day of the 2019 school year. The start of school always brings new

beginnings and challenges, but for the students and staff at Hall Middle this year, this was especially true.

“A through F doesn’t align with our values because we don’t want kids thinking about learning as a process of collecting points,” Saibel said. “Students might say, ‘How come I don’t have an A?’ Or they’ll say, ‘How can I get one and a half percent points more to get the A?’ As long as we have a points-based system, our students will look at their learning processes as one that’s transactional.”

Eighth-grader Mayson Weingart believes that at least for now, students have not been able to shake the “transactional” mindset yet.

“People are still looking at it as if ‘Mastery’ [the highest level of proficiency on the new grading scale] is an A and ‘Emerging’ is a C. It’s just more in-depth,” Weingart said.

Parents have mixed feelings about the new policy. According to Hall parent Allison Rothbart, she is  somewhat skeptical of the idea of eliminating letter grades.

“When I first heard about [the change], I was not happy about it. After [attending] Back to School Night and actually hearing a little bit more about it, it made sense why they were doing it. I’m more on board now,” Rothbart said. “My only issue is going forward what happens when they go from middle school to high school and how that affects them.”

According to Weingart, the concern about transitioning to a traditional grading system in high school is a fear held by many students as well.

“I think the feedback is good for students, but it might be hard when they get to high school [because] they [will] have to be the one to go and talk to the teachers to get that extra feedback,” Weingart said.

In the past couple years, both Del Mar and Ross Middle Schools have implemented grading systems that stray away from letter grades as well. Saibel believes that by working alongside and taking advice from both of these schools, the administrations can successfully evaluate and adjust their systems accordingly.

“Del Mar, Ross and Hall Middle: we all feed into Redwood. We all consider ourselves doing the same job for the same community, despite the fact that we’re in different districts. We get a chance to do this in a unified fashion because we think it’s what’s best for kids… and going to prepare them best for high school,” Saibel said.

With the first three weeks of school in the books, Saibel believes that there are still some parts of the system that may need adjusting as the year progresses. He is still optimistic about the future and what the new system will do for the students at Hall.

“This is our first year of implementing this model as a whole school: every single classroom, every teacher. Our department teams are in strong alignment with what they’re teaching [and] how they’re assessing the students,” Saibel said. “In the end, it’s about getting kids to ask questions, to synthesize information, to draw information from various sources, to learn through inquiry and to make connections across disciplines.”