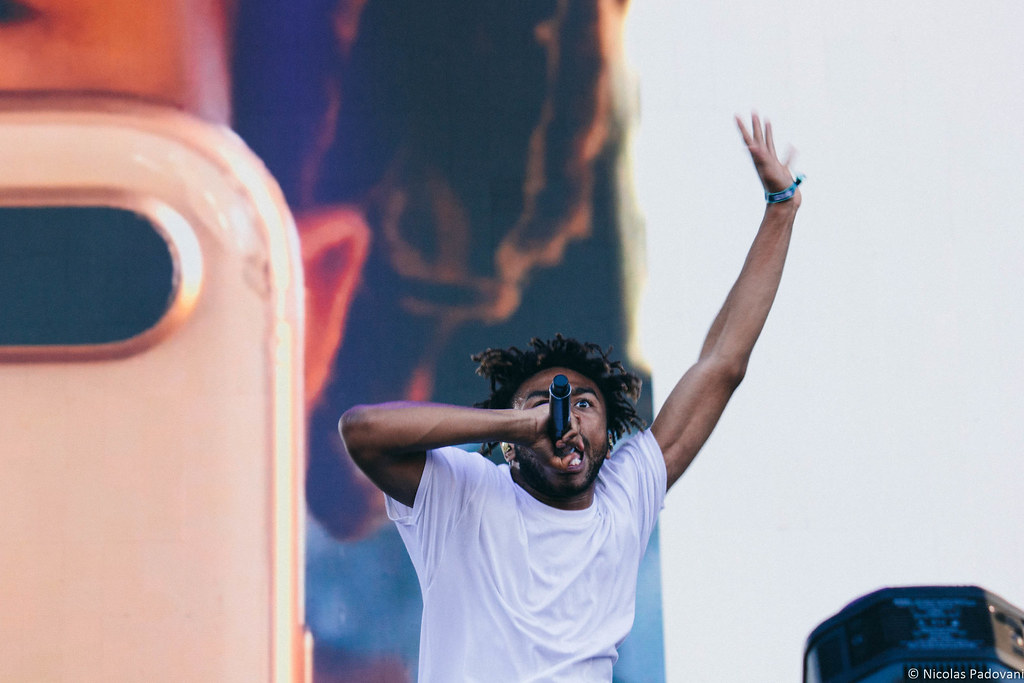 “GINGER” is a new and exciting direction for BROCKHAMPTON

BROCKHAMPTON returned with their sixth studio album, “GINGER,” on Aug. 23, after teasing fans with cryptic video posts depicting blue-washed portraits of the members, similar to the single’s artwork for “GINGER” and “AUGUST 2019 GINGER” in the last frame.

A collective of 13 members including rappers, vocalists, producers, artists and photographers, BROCKHAMPTON is a self-proclaimed boy band, even though they don’t fit the stereotype. The members identify on both ends of the spectrum, are racially diverse and share their opinions through their music without stifling their outspoken voices for the public. Today’s hip-hop and rap culture is dominated by straight males and their viewpoints, but this group is changing the stereotype. BROCKHAMPTON introduces a new perspective that is only beginning to arrive in mainstream music.

In 2015, the group formed through an online forum, “KanyeToThe” that was dedicated to appreciating Kanye West. Spearheaded by Kevin Abstract, the original members moved from San Marco, Texas, to Los Angeles in hopes of jumpstarting their music career.

“GINGER” is a 12 song LP that follows the group’s critically acclaimed 2017 trilogy of albums, “SATURATION I,” “II” and “III,” as well as their 2018 release, “iridescence.” The album was preceded with four singles including “I BEEN BORN AGAIN” and “IF YOU PRAY RIGHT.”

“GINGER” opens with the stand-out fourth and final single, “NO HALO.” The track features soft guitar plucks and a rare, yet appreciated appearance from a collaborator outside of the group, vocalist Deb Never. “NO HALO” is fun, laid back and instantly catchy. Also present on the track are vocal harmonies and a predictable chorus that becomes more layered as the song progresses. Vocal harmonies add something special to the track and continue to unveil previously unheard aspects in an exciting and unique way. “NO HALO” has one of the most straight forward song structures of any song on the album which makes it easier to listen to. This is in stark contrast to the album‘s first single, “I BEEN BORN AGAIN,” which lacks a chorus and is a collection of separate verses strung together with sparse production. “I BEEN BORN AGAIN” is one of the most uninspiring tracks on the album, and didn’t pull me in for a second listen.

A departure from earlier LPs, this new production is more polished and mature. In juxtaposition to the opening track of “SATURATION III,” “BOOGIE,” which is built around a garish and exciting loop of whoops and loud guitar chords, many tracks such as the album’s title track are more subtle and almost ethereal. These understated beats are almost unheard of in previous discography from the group. Easy going and fun, “GINGER” is a great summer album to enjoy.

Self-releasing their first five albums, BROCKHAMPTON signed a $15 million record deal in March of 2018 with RCA Records, also responsible for the successful careers of artists such as Britney Spears and A$AP Rocky.

Though “GINGER” lacks the chaotic energy of previous releases, it’s a must-hear. If you loved the group for their old sound, “GINGER” will still excite. On the flip side, if the previous mayhem was too much “GINGER” might be the perfect introduction to the boy band.

As for the future of BROCKHAMPTON, in an interview with New Musical Express magazine, Abstract stated that BROCKHAMPTON would not continue making music forever because their hectic pace is not sustainable. However, Abstract made clear that “GINGER” would not be the group’s last. To tide fans over until then, BROCKHAMPTON has embarked on their “HEAVEN BELONGS TO YOU” Tour and are performing at the Frost Amphitheater in Stanford, California on Nov. 9.