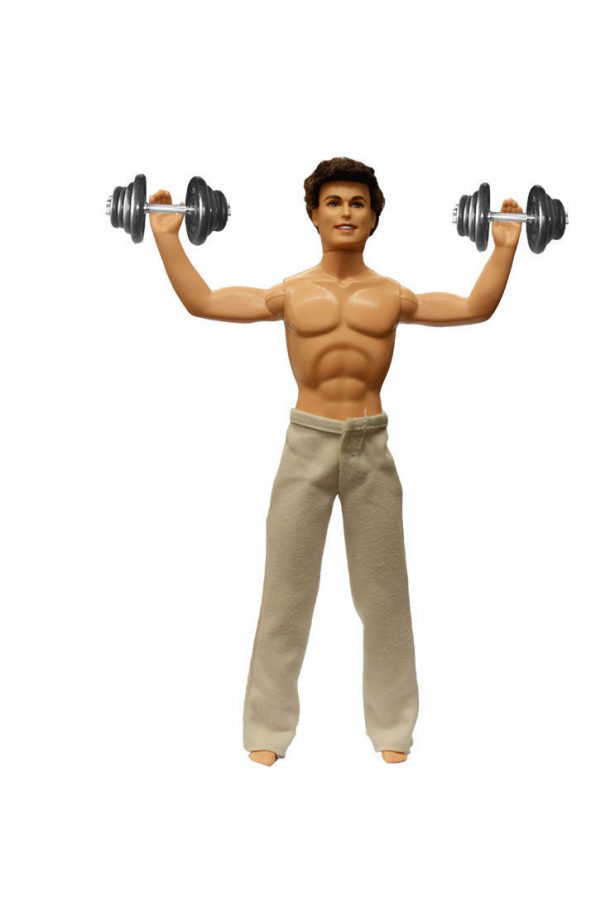 It’s his sixth day working out this week, but for junior Alex Landeck, this is nothing out of the ordinary. You can find him sculpting his body at the gym six or seven days a week.

“Everyone wants to look good. Knowing that you work out gives you satisfaction of working towards a goal,” Landeck said.

In a study published in November 2012 by Pediatrics journal, 90 percent of boys aged 12-18 reported exercising at least occasionally to add muscle. “The use of muscle-enhancing behaviors is substantially higher than has been previously reported and is cause for concern,” the study said.

Though muscle-increasing behaviors are on the rise, it is unclear where exactly the upsurge motivation is coming from. According to many Redwood males, the subject of their bodies is seldom discussed beyond workout regimens.

For Landeck, the goal is to get his body to architectural perfection for the bodybuilding competitions in which he takes part in. However, he said that for many other teenage boys, sports and outside pressure to look good play a major role in their workout regimens to increase muscle mass.

Senior Jordan Harari said he believes that boys are concerned about their bodies because they feel pressure to look good for others and for themselves.

“Lots of things guys do for their appearance has to be for women,” Harari said. “But I know some people who genuinely just like looking a certain way.”

Similarly, Landeck said that seeing the covers of bodybuilding magazines sparked his interest in the sport.

“I remember being six or seven and seeing bodybuilding and I was like, ‘Wow, that’s really cool,’” he said. “Being big portrays power and strength. No one wants to be skinny.”

Although the boys that were interviewed said that most males are inspired to gain muscle by outside pressure, they also said that males do not often discuss their bodies with one another.

Harari said he thinks males are expected to remain silent about their bodies, even though traditional expectations of males are changing in modern times.

“We’re at a weird transitional point in society. It’s more socially acceptable for men to do stuff that usually only women would do and vice-versa,” Harari said. “I think there’s still some of that feeling left over of, ‘Oh, guys have to stone-wall everything and can’t be so open and talk about this.’”

Noyes said he believes that the media makes some males think that talking about their bodies is not acceptable.

“I think it’s mostly the media that has a lot to do with it, where guys are supposed to be tough and not voice if they have any thoughts like ‘I’m fat,’” Noyes said.

According to the Pediatrics study, more than two-thirds of boys reported changing their eating to increase their muscle size or tone.

Landeck works with a nutritionist to better enhance his muscle definition and health.

“It’s not about what you’re eating, but about how you’re eating,” said Landeck, who generally loads up in carbohydrates during his off season to store energy in his muscles.

In bodybuilding competitions, participants must pose in front of an audience and are judged on muscle definition.

Corky Henderson, who coaches football and works with students in the weight room, said that Redwood only encourages teens to be healthy, not to look a certain way.

“All we promote is health. So we’re doing this for two reasons: one, to be healthier people and two, to be better athletes,” Henderson said. “For any athlete we can tailor a program for that specific sport, for that athlete. So we’re not about looks, we’re about function.”

But according to Henderson, steroids and illegal supplements are not worth it in the long run.

“You still have to do the work, even if you use the illegal substances, you still have to eat right and do the work, it’ll just be faster. But it’s definitely not healthy,” Henderson said. “That’s where the narcissism comes from. The guys who do that stuff, 99 percent of them just want to look good in the mirror. And you’re playing with your life.”