Prep of the year: Liam Anderson 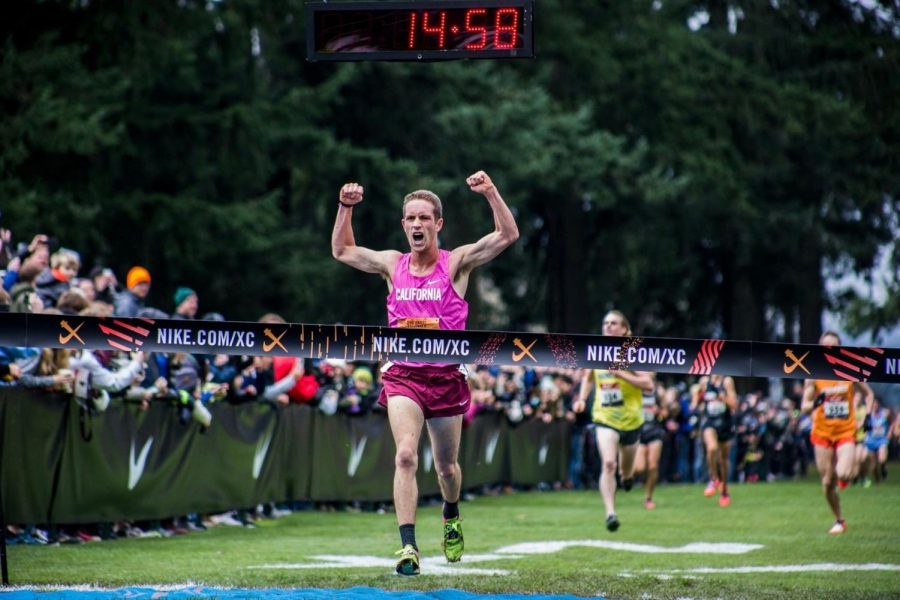 At a certain point in a runner’s career, the marginal success between himself and the next best runner becomes less about the physical fitness for the race, and more about the mental strength they have going in to the competition, according to senior Liam Anderson, a varsity track and cross country runner who is committed compete to Stanford in the fall.

“You just have to remind yourself that you are fit and that you’ve been training for this for so long and that everything has come together perfectly. You have to trust that you’re here because you’re supposed to be, and the outcome will come because of that,” Anderson said.

Anderson’s coach of four years, Laura Schmitt, has made it a priority to focus on honing Anderson’s mental preparedness for competitions to help him gain a psychological advantage over his competitors.

Seeing as Anderson won the cross country national championship, Nike Cross Nationals and set a new course record there at 14:57.6, it is safe to say that he achieved the mental preparedness Schmitt wanted him to have going in to the race.

“I love the competition. It’s very much an individual and mental sport at times, when you’re just dueling it out with another runner it can be a crazy experience,” Anderson said.

Anderson attributes much of the success he has had during his high school career to the close relationship he has formed with Schmitt over the past four years.

“I think calling her just my coach would be somewhat of an understatement. I have absolute trust in her. When she says I’m ready for this or that, I have absolute confidence that it’s the truth. Having that trust, especially going into a race is really vital for me to know that I’m prepared,” Anderson said.

Other members of the Redwood cross country community, aside from Schmitt, have been with Anderson over the duration of his high school running career. Senior, and Anderson’s co-captain, Austin Patel, has enjoyed seeing Anderson grow into the nationally ranked runner that he is today.

“He was one of the first people I met when I joined the team freshman year because I didn’t really know anyone. We quickly became really good friends. Over the four years it’s been a really great experience to get to know him better, and it’s crazy to think that the person I’ve been running with for four years has achieved such an impressive level [of competition],” Patel said.

Following his decisive victory at Nike Cross Nationals, Gatorade named him as the Gatorade National Boys Cross Country Runner of the Year, an award that Anderson didn’t realize he was receiving until he entered the CEA and found a crowd of over 100 students waiting to surprise him. Gatorade had sent a few camera men to follow Anderson around for a couple of days under the guise that they were working for Nike on making a video about him. They brought him to the CEA where the real award was revealed.

“I realized going into it that something wasn’t quite adding up, but I didn’t realize that was what it was,” Anderson said.

While also being a nationally ranked runner, Anderson still finds time to enjoy other aspects of his high school life that keep him happy and well-rounded. Both he and Schmitt believe this balance has contributed to the success he has achieved as an athlete. In fact, Schmitt encourages all of her runners to seek the same balance of time that Anderson has managed to strike.

“He’s able to balance his life, doing what he chooses to do, and what he loves, without negatively impacting any of the things he chooses. He’s able to give his least amount of work to gain the highest return. I always say to my kids that we’re striving for 90 percent, so you want an A, but you don’t want 100 percent, because then you’re going to get a B someplace else in your life,” Schmitt said.

Anderson’s running career has just begun. In the fall he will embark on the next chapter of his athletic journey, as he joins the cross country and track team at Stanford. Schmitt has great expectations for the success that Anderson will have in post-high school competition years.

“I know what’s going to happen,” Schmitt said. “He is going to fit in beautifully at Stanford because he’s self-motivated, he doesn’t shy away from competition and his coaches already have respect for him. He’s going to kill it. Then he will podium for sure in the NCAA and then he will have the opportunity to run professionally.”