The City of San Rafael has specifically emphasized the importance of open space in its community. Paul Jensen, Community Development Department Director for the city of San Rafael, has worked for the city as director since 2008 and previously also worked there as a planner in the 1980s.

“There’s always been a passion by the people in this country to preserve land for open space. We’ve actually done a really, really good job,” Jensen said. “Every city and town in the state of California has to have a master plan or a general plan.” 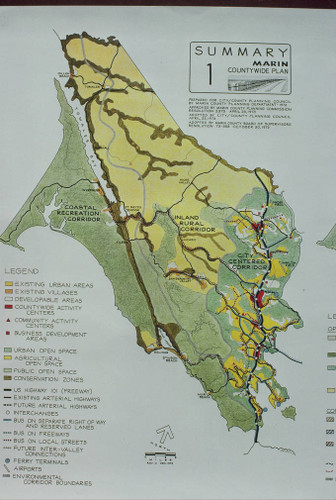 In the 1963 general plan for the City of San Rafael, the goals of the community were focused on encouraging urban sprawl. There was emphasis on getting people to move into the suburbs and to build in the residential areas, according to Jensen. Jensen also explained that there were plans to fill in the San Francisco Bay all along Highway 101, Lucas Valley Road, Freitas Parkway, Terra Linda and downtown San Rafael and make a additional Bayfront freeway.

“Fast forward after 1973, everyone wanted to save the Bay and save open space,” Jensen said. “What happened was the county of Marin adopted the Marin Countywide Plan of 1972 and it put Marin County into three different zones: the Bayfront area where highway 101 is, the city center corridor where all land development was to be concentrated and the inland rural corridor. They took all of the property zoning for this area and made it agriculture only, so it could not be subdivided, and preserved this area for ‘ag’ land and open space. Then there was the coastal area which is called coastal recreation, most of which is GGNRA (Golden Gate Recreation Area). This was the first generation of protecting open space for ag land and for recreational use.” 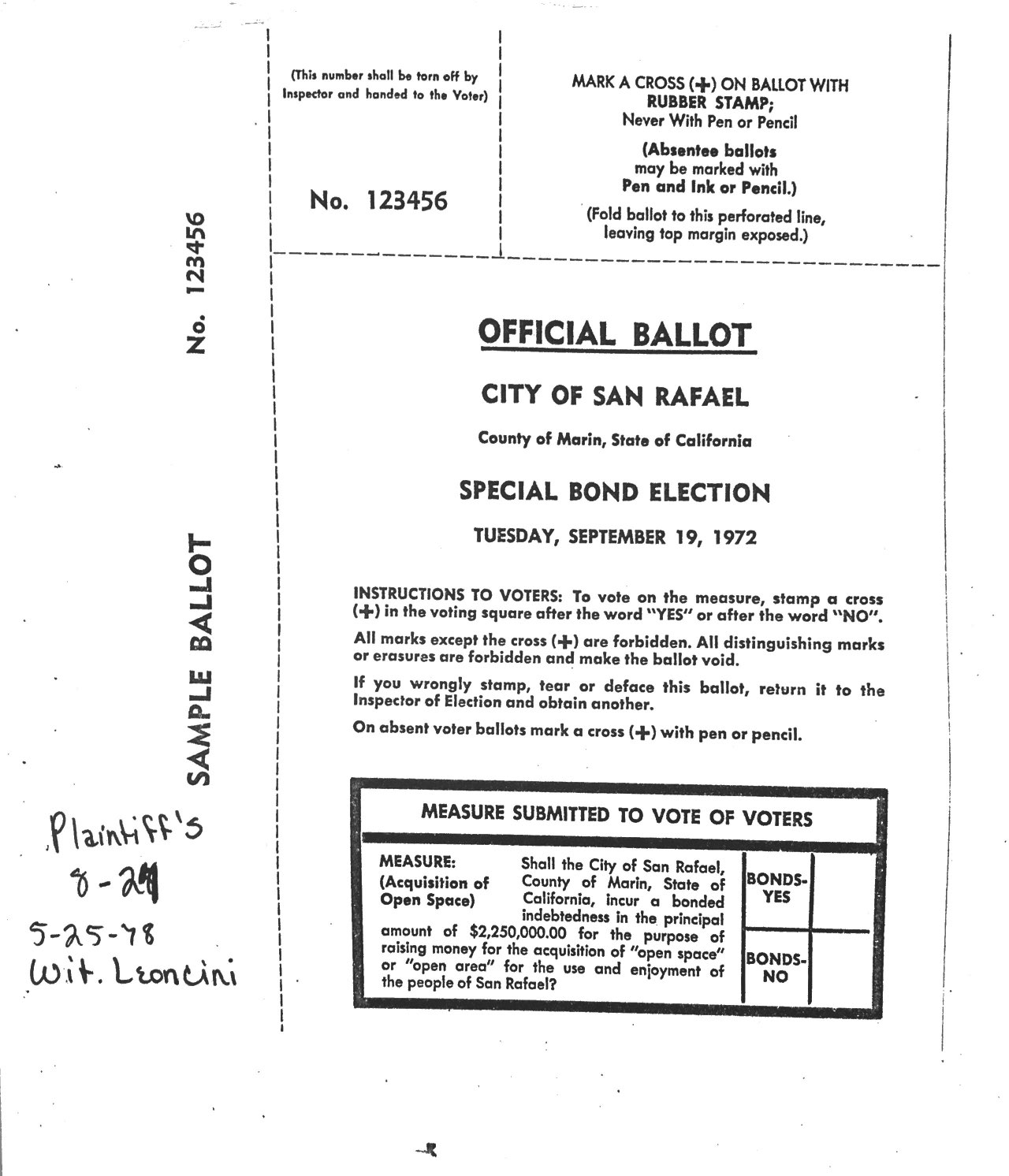 Two years later, in 1975, the City of San Rafael followed suit and adopted their own general plan that worked to protect open space specifically in their city. Even though San Rafael doesn’t have any agricultural land, there is a lot of open space to be preserved. Even more steps were pursued in 1986 when citizens voted in a bond that taxed themselves and provided money for the city to purchase open space that was at the time currently owned by developers. The bond brought in $250,000 for open space acquisition.

“If you go to Northgate Mall and look at all the open space around it, that was all purchased with [bond money] and money from the city,” Jensen said. “This money has gone a long way by […] securing 3,285 acres of open space within the city limits and 7,300 acres within the planning area, the area around the city that is outside the city limits.”

As a result of the combined more than 10,000 acres of preserved open space in and around San Rafael, the land to the size of the population ratio is greater than most cities of comparable size.

The land that the City of San Rafael acquired has served the city in many beneficial ways since the ‘60s and ‘70s when it became dedicated as open space. According to Jensen, a myriad of advantages to land preservation have surfaced. 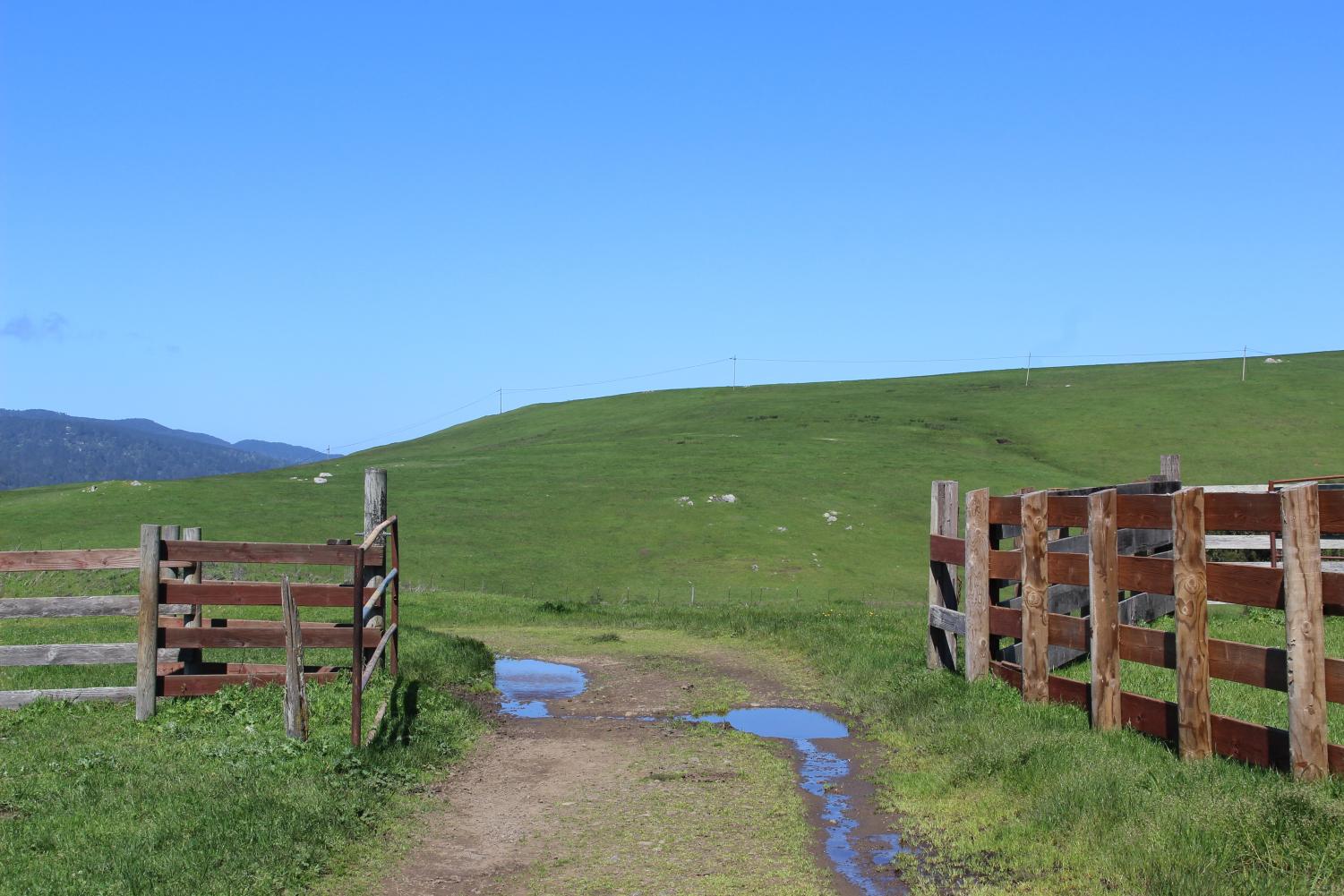 “The open space has accomplished environmental protection, public access for recreation, visual backdrop,” Jensen said. “We are known nationally as this county that has beautiful conditions because we went through the extra step of preserving these areas from development. We are a draw in the Bay Area for people to come here, to cycle and to hike.”

Hand-in-hand with recreational advantages comes increased property value in Marin, and the subsequential desire to keep the population count low. According to The Bay Area Market Report done in 2018 on Marin County home prices, the median price of a home in central San Rafael is approximately $1,350,000. Jensen connected the abundance of open space to higher property value.

“I think it’s kept property value high. It’s a part of the quality of life that you have all this open space and ‘ag’ land in your backyard. It’s a benefit to your property value,” Jensen said.

High property values benefit some residents but they also restrict others, according to Jensen. Low-income individuals and families feel the effect of the county’s open space in a more adverse way. 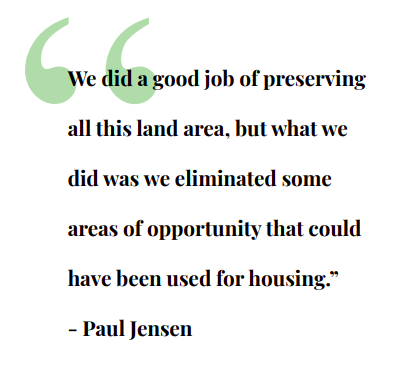 “We did a good job of preserving all this land area, but what  we did was we eliminated some areas of opportunity that could have been used for housing,” Jensen said.“Now we are essentially built out in our community. We have all of our built neighborhoods and our downtowns and then everything else is open space that you can’t touch. So we have to look within what we already have built to try to find areas for building the type of housing for the people who are having to live somewhere else.”

According to Jensen, had the open space been built upon, it wouldn’t create housing for low-income families, rather it would be more hillside homes, which are usually expensive as well.

There are possible solutions that could ease how impacted Marin has become by concentrated density levels. Jensen notices vertical vacancy in much of the buildings around the county.

“We are looking at places like downtown where we may be able to go up. Maybe that’s getting a little more metropolitan, but we’re kind of forced to do that to find places where we can put housing that is possibly affordable for people who are having to drive or take the bus from elsewhere because they can’t afford to live here,” Jensen said.

Jensen also knows the difficulty that comes with trying to preserve land while at the same time trying to provide available and affordable housing.

“It’s a two-edged sword. We’ve protected all this wonderful open space, we’ve protected the environment, we’ve created a recreation resource but we’ve forfeited some areas that could have been for housing for people who don’t [currently] live here,” Jensen said. 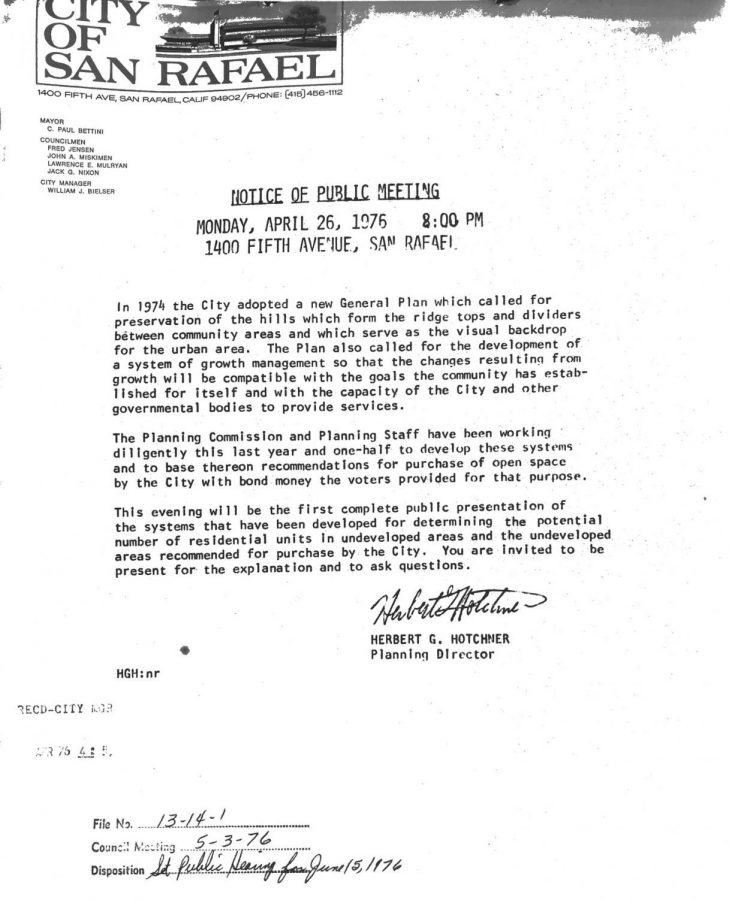