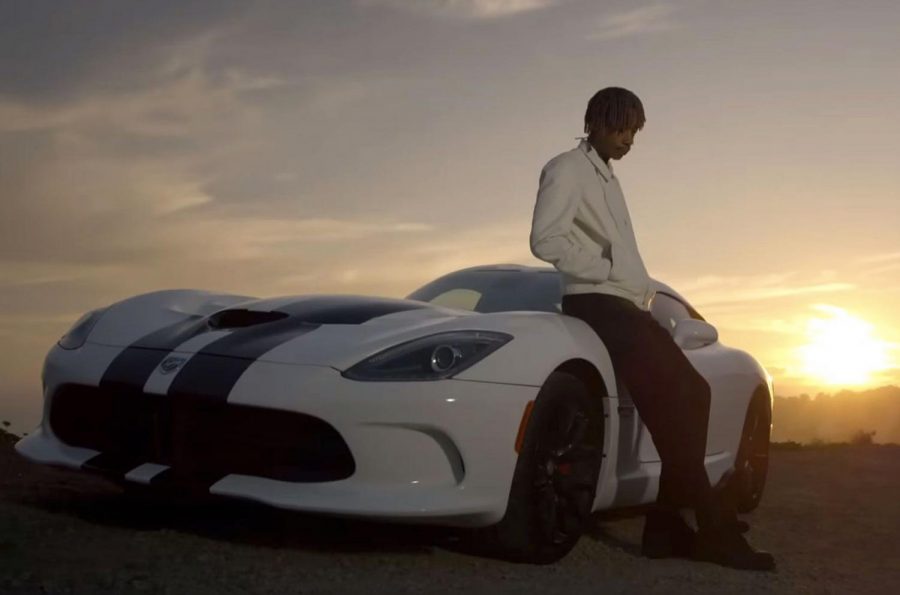 Whether it be a terrible test score or the end of a rocky relationship, we have all experienced moments of sadness through high school. For seniors, in a time of exhilarating highs with thoughts of endless adventures in the near future, it is often hard to conceptualize the reality of leaving for something unknown. Departing for their post-high school journeys might evoke feelings of nostalgia and distress for seniors leaving behind their friends, families and a comforting community. Recognizing the significance of an imminent graduation may not be easy, but these five songs revolve around change in a way that can reaffirm feelings of sadness, but also reassure.

Although “8TEEN” initially may seem like a positive, uplifting song due to its upbeat tone, listening to the

song before leaving high school can create an entirely different meaning only applicable to graduating seniors. In lyrics such as “shake away all the stress off my shoulders,” “let’s do all the stupid sh*t that young kids do” and “yeah I’ve made mistakes,” Khalid depicts the rollercoaster life of a teenager, experiencing stressful weeks, carefree days, mistakes and fun. The mellow beat and easy tone of his voice evoke memories of late nights, stupid decisions and unforgettable experiences, but the wistful lyrics encourage a focus on the importance of simply experiencing all of those, good or bad.

Written and hauntingly sung by the late rapper XXXTENTACION, “changes” is a depressing two-minute song conveying the stark reality of what separation truly feels like. Although the song is centered around losing a partner, the emotions are still applicable to anybody who is missing someone, whether that be family or friends. Distance is a difficult adjustment to make, and the way XXXTENTACION deals with losing the familiarity of a partner echoes the disorientation that can come from moving. Synthesized backings in the song provide contrast to the gravity of emotions on display by electrifying the beat, adding a twist to a heartfelt masterpiece.

The Head and the Heart – Rivers and Roads

most relevant and bitter song for high-school students months away from attending college or exploring another post-high school path. With lines such as “all our friends will move away” and “my family lives in a different state,” the song delivers relevant vignettes connected to leaving a world of familiarity. Aside from its relevance, the song itself is truly a display of talent. With nothing more than two guitars and two perfectly paired voices, the song validates that simplicity is key. Its simplicity allows gentle yet impactful emotions to radiate through the song, allowing almost-graduates to bask in some nostalgia.

The Eagles – I Dreamed There Was No War

One of the most underrated songs from one of the most popular bands of all time, “I Dreamed There Was No War” often goes unnoticed as it is only a one-and-a-half minute song that consists solely of a guitar solo paired with a violin. Thoughtfully crafted with a varied tempo, “I Dreamed There Was No War” is a great option for those looking for something a little less depressing, yet still emotionally evocative. The change in tempo from slow to fast not only pleases the listener sonically, but also represents the ups and downs experienced through high school. Despite its lack of vocals and instrumental variation, the song meets and exceeds standards of what one should look for when reminiscing about high school.

Dedicated to and based on the death of actor Paul Walker, “See You Again” is by far the most emotional,

heart-wrenching song on this list. Through an elegant combination of Charlie Puth’s moving vocals contrasted with the deep, non-conventional flow of Wiz Khalifa, the two artists masterfully convey emotions associated with separation, something high school graduates will soon feel. Khalifa’s fast-paced and upbeat lyrics, such as “good things we’ve been through” and “we loved to hit the road and laugh” draw out happy and reminiscent feelings while Puth’s slower, emotional vocals create a feeling of sadness.

These songs act not only as a way to cope with your sadness but also as a reminder of the harsh reality that is in the near future. A new life is ahead for seniors whether they’re willing to accept it or not, and leaving loved ones behind has the possibility to be a difficult, yet exciting experience. Allow these songs to make you reminisce over your high school experience while also remaining optimistic about the exciting future ahead.